The first week of December pretty much went according to our expectations as the proprietary signals and momentum metrics already gave us significant clues during the November monthly closing day. If you recall, the "don’t be a piggy" thread from Friday November 29 had listed some key things to watch out for as we head into the final month of year 2019. Essentially, the week wrapped up the pullback/backtest setup into daily 20EMA across all 4 equity indices. For reference, the Emini S&P 500 (ES) bottomed at 3069.50 as the week’s low within our pre-determined range 3064-3073 inflection point derived from our proprietary system.

Overall, the bull train participants were able to reload for dirt cheap during Tuesday’s bottom, and the rest of the week played out with a series of higher lows and higher highs into backtesting the 3158 target from the Sunday December 2 high. In addition, it seems like the impressive 70%+ win rate YTD for Fridays still cannot be stopped as we head into year end. Those that have been trading what’s in front of them have been awarded significantly this year as majority of the weeks have been the same outcomes. The "easy money" bull train keeps on printing until the music stops as the market continues to prove ‘price is king’

The main takeaway from the first week of December is that price action is proceeding with our thesis of an inside month consolidation versus an inside up month as we gear towards the yearly closing print. The pullback/backtest into daily 20EMA was stick-saved and absorbed, and it bottomed per historical averages between day 2-3 as we had anticipated and discussed beforehand. Basically, some of the weak hands/late chasers during the last week of November were forced out and we were offered the opportunities to reload for dirt cheap as expected.

Friday closed at 3146.5 on the ES with the decisive breakout above the 3125 micro resistance derived from Wednesday and Thursday range days. The weekly candle also closed as a massive doji with its range spanning 3158-3069.50 indicating more high-level consolidation is ahead unless the levels get taken out immediately.

Beating a dead horse; market gifting out easy money until the music stops, it is what it is

As we head into year 2020, we have included a new section at the end of this weekend’s KISS report in order to quickly remind or serve as a friendly reminder for those that have not traded what’s in front of them or had not heeded our prior warnings throughout this year. 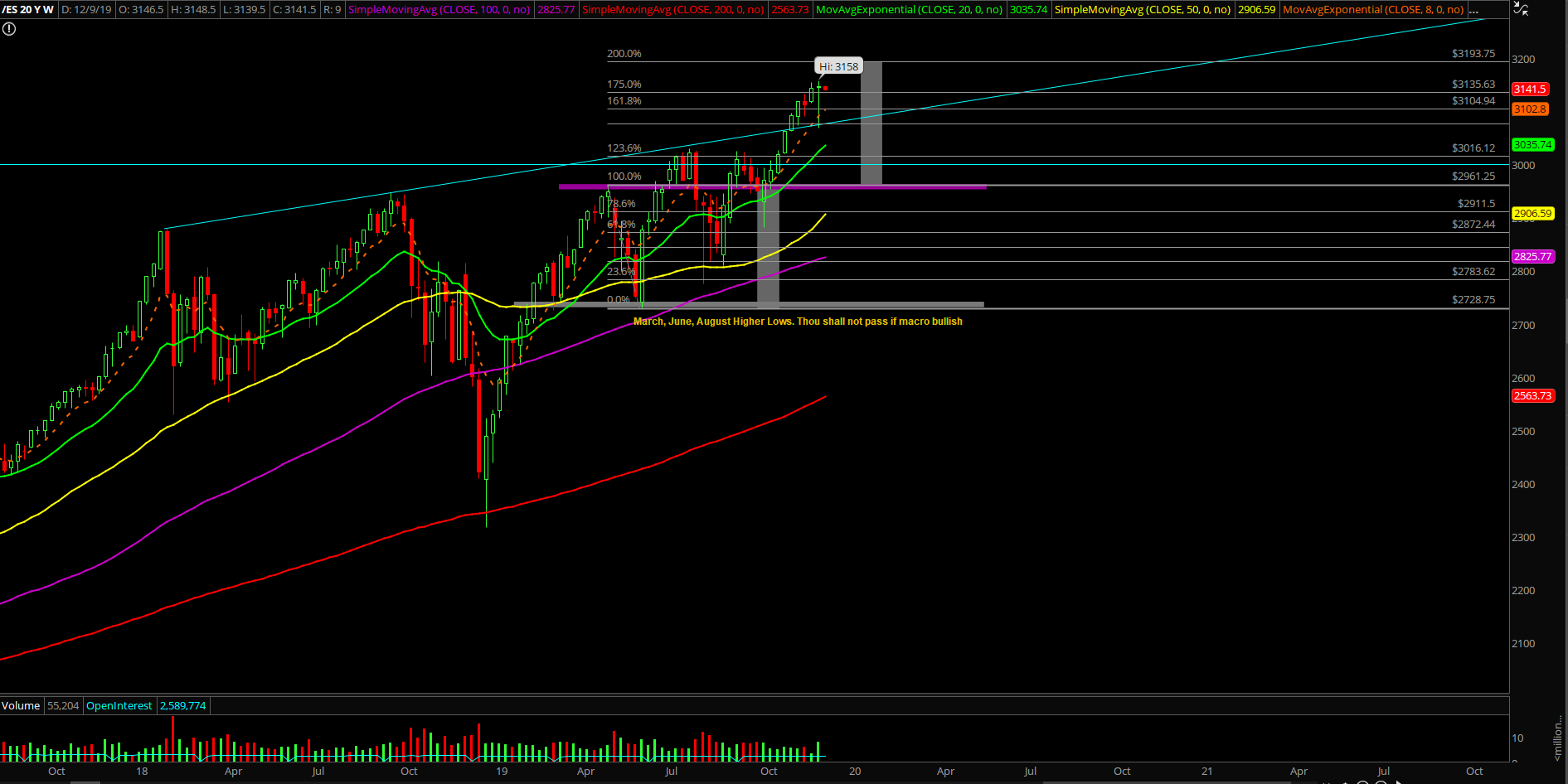 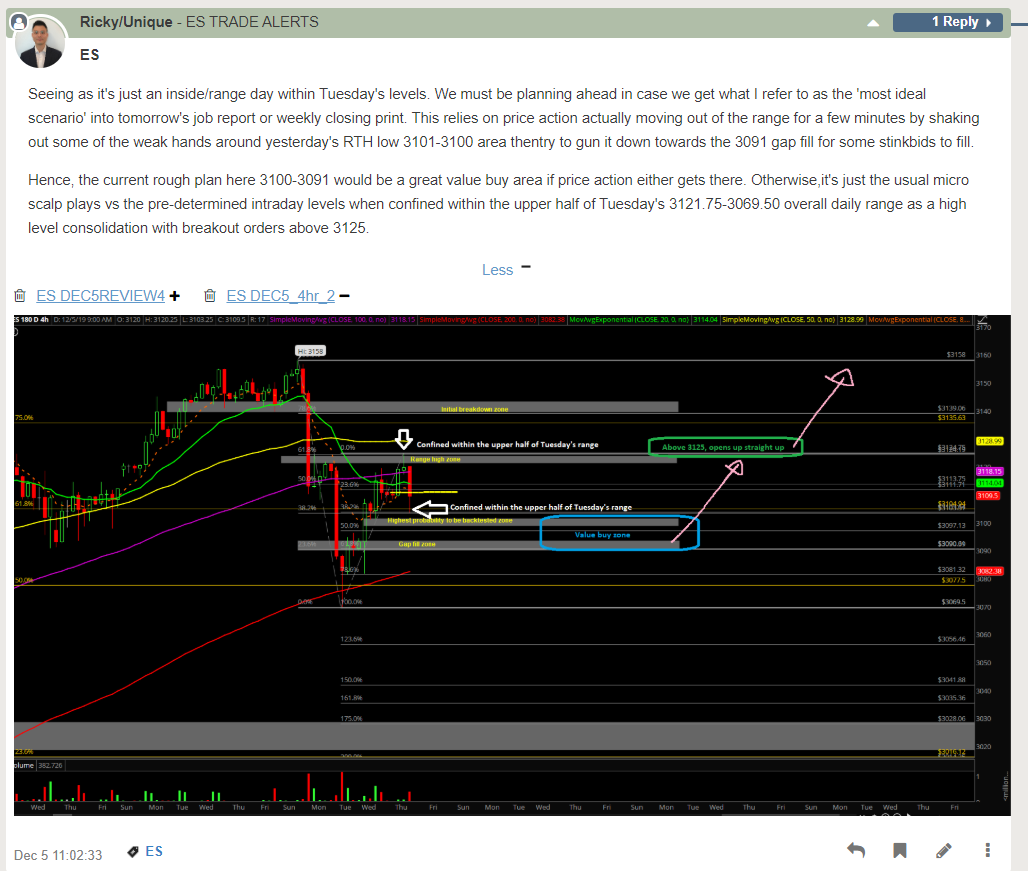 ES DEC8REVIEW5
Ricky Wen is an analyst at ElliottWaveTrader.net, where he writes a nightly market column and hosts the ES Trade Alerts premium subscription service.