The fifth or last week of Jan 2019 played out as a trend continuation week that we were fully prepared given the circumstances. In simplest terms, the bulls did exactly what they needed/expected to do based on the prior weekend KISS report. If you recall, the bulls succeeded beyond expectations on the January monthly closing print goal by wrapping up the month at 2712 on the S&P 500, which was beyond the anticipated 2700 breakout attempt.

The main takeaway from the week is that it was another trend continuation week since the Boxing Day lows. The market is up almost 17% from the dead lows and now backtesting against the 61.8% fib retracement of the entire drop from 2947-2316.75. Also, it coincidentally matches the 78.6% fib retracement of the December 3, 2018 high of 2814 to 2316.75 dead lows. This means that traders need to start playing defense because we ought to be cautious of the beginning of a shenanigans party doing the good old whipsaw/mean reversion.

Friday closed 2704.5 and it was just a range day where the morning made a nominal higher high and the rest of the day was spent flatlining in the intraday range. The week closed at the highs as the bulls maintained their momentum from the monthly closing breakout above 2700.

Heading into the first week of February is quite easy to judge price action on a level by level approach given the circumstances and current momentum of the bull train and inertia. For now, all pullbacks are still considered buyable when price action is immediately trending above 2685 which was Thursday’s acceleration level. The ongoing momentum/setup has opened up price action towards 2740 given how strong the bull train is according to last week’s ongoing breakout.

Alternatively, for bears that are looking/waiting for the February mean reversion trade as we’ve been hinting even before the 2700~ target had been fulfilled last week; need price action to close below 2675 on a EOD daily candle basis. If you recall, 2675 represents the low of the Thursday Jan 31st breakout. By breaking below that it would at least confirm that short-term momentum has somewhat returned to the bears and it’s a legit fight instead of just doing the standard higher highs grind, bull flag/consolidate with shallow pullback, then make a higher high. Rinse and repeat like the past 5 weeks.

Trading wise, we maintain the same game plan from last night’s report as we switched from the nimble rangebound game plan into nimble trend following game plan when price is above support given the breakout phase. Obviously, with the much needed caveat of being ready to switch from bull train to bear train at the snap of a finger. Overall, we have to be more defensive going into these next couple weeks as price action is showing a lot of confluence of resistances in this area and the upper area around 2740 being the daily 200SMA.

In simplest terms, we are aware that February will likely be an inside week based on the current odds. Capture the range and pocket the points because it’s a freaking huge range. The current odds indicate that bulls are unlikely to break above 2814 (December high) and bears break below 2438 for February so let’s play it smart given the huge range and in an efficient manner by focusing the morning spikes and setups. 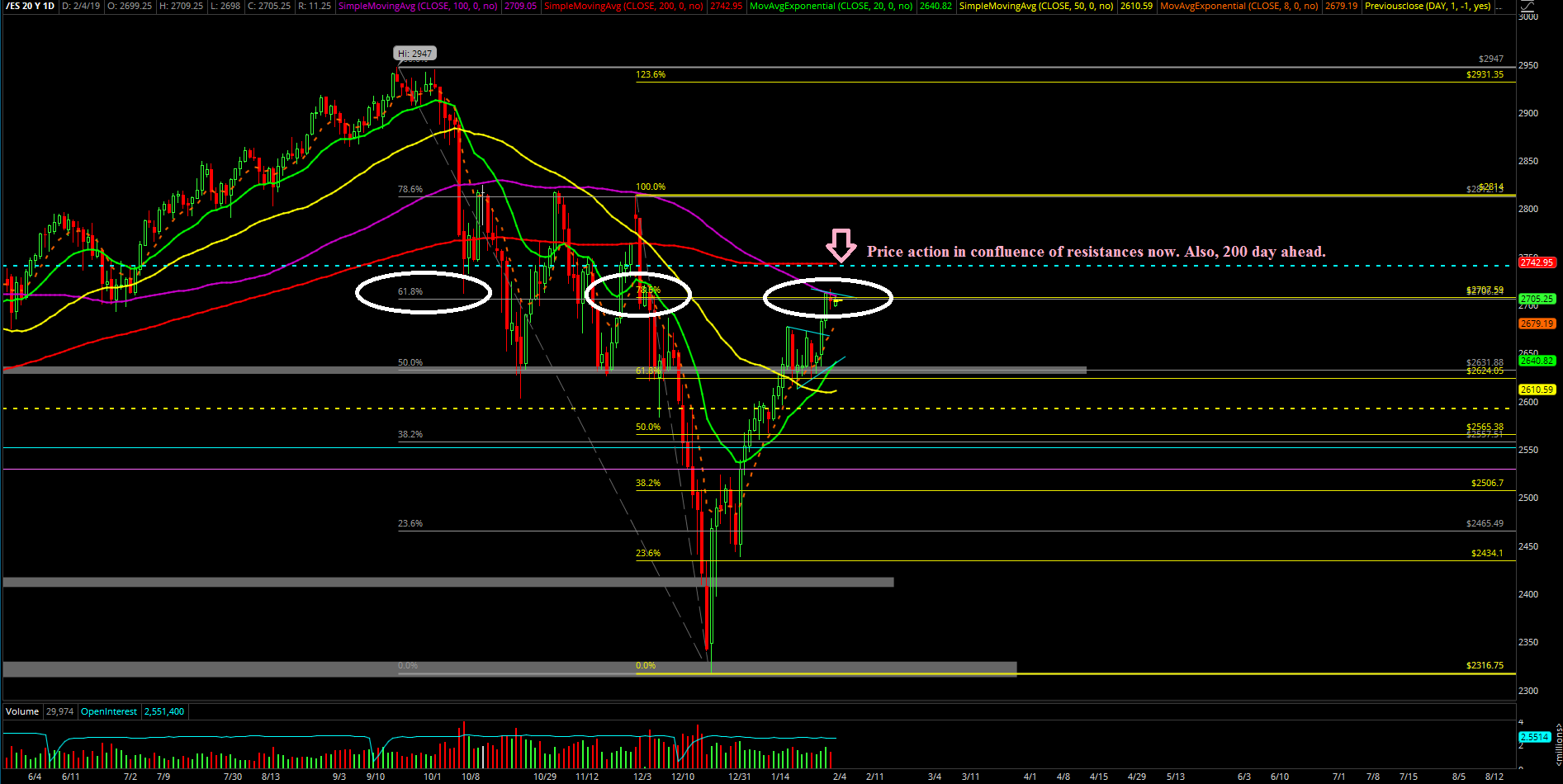 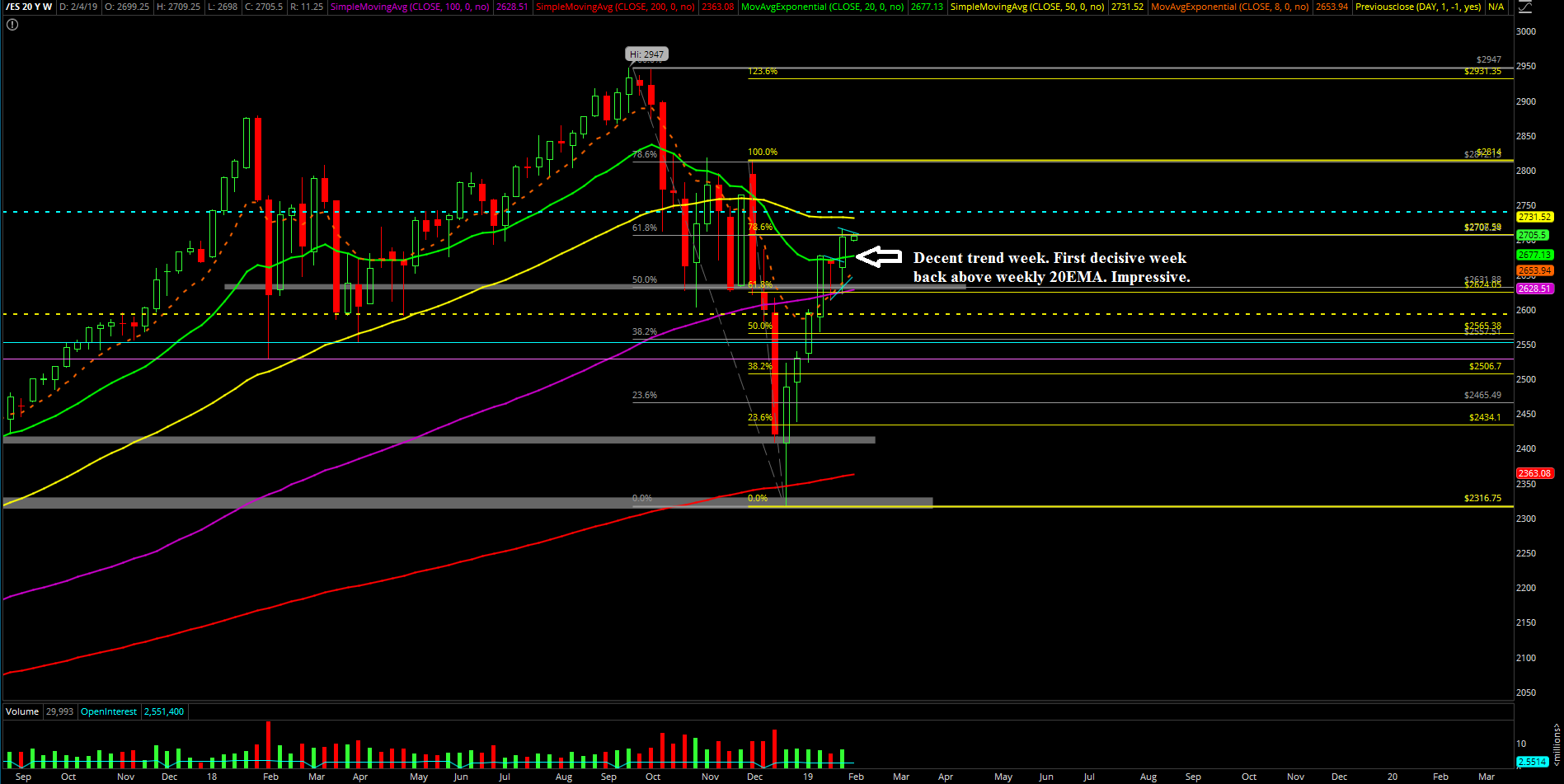 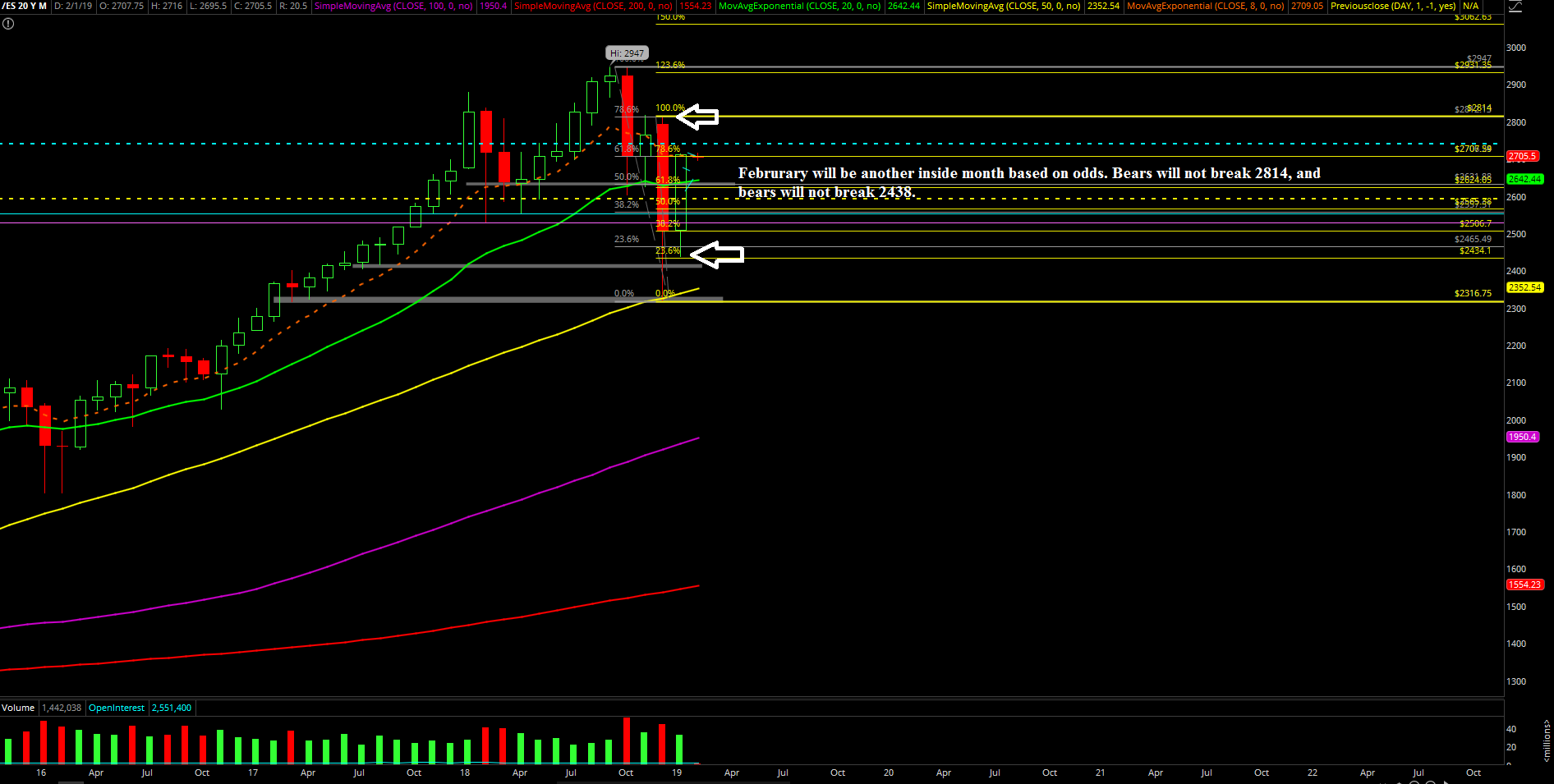 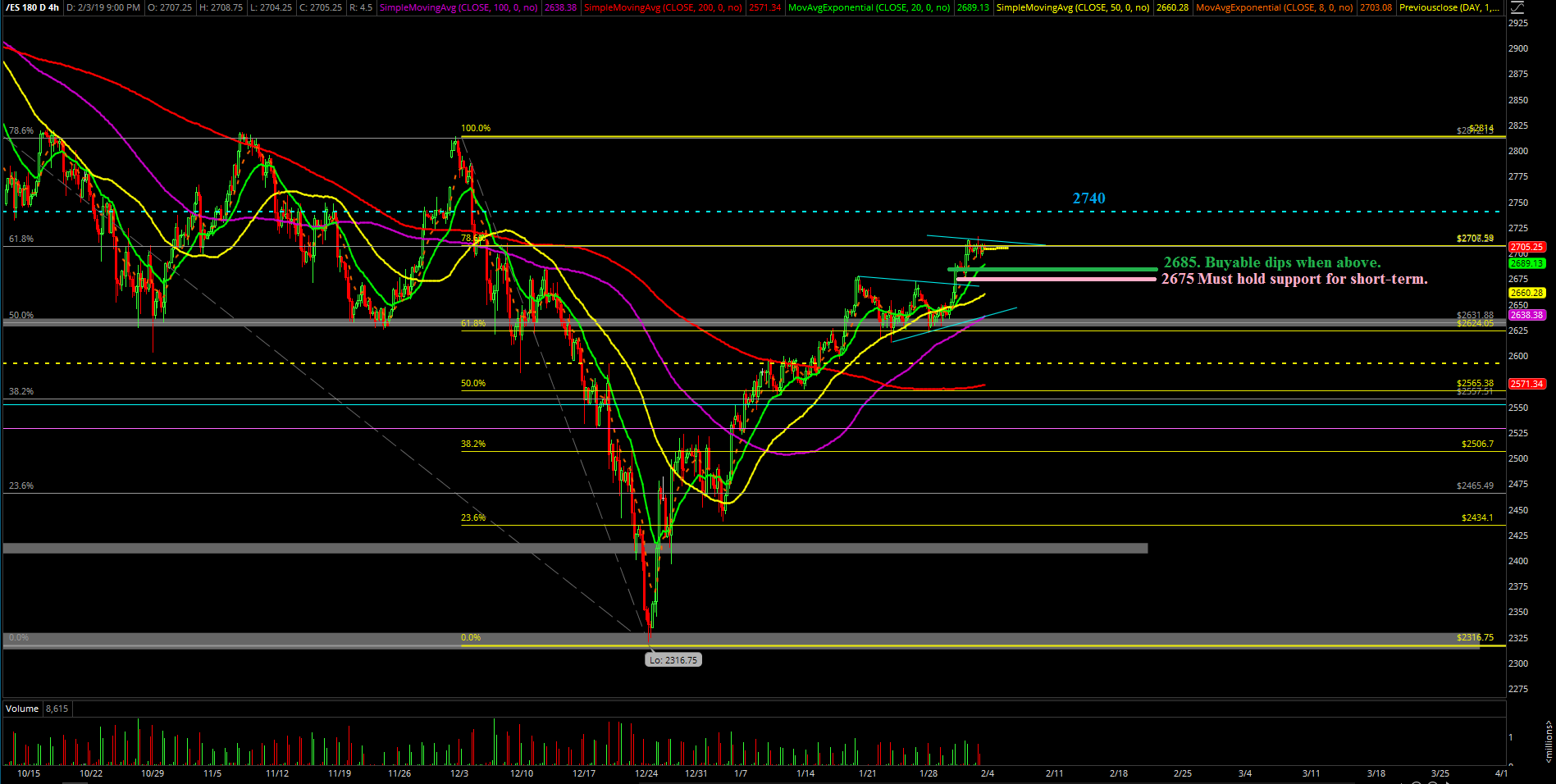 es feb3review4
Ricky Wen is an analyst at ElliottWaveTrader.net, where he writes a nightly market column and hosts the ES Trade Alerts premium subscription service.