Earlier today, I sent out an update regarding the GDX:

With this latest drop in the GDX - along with silver breaking support - we have to consider that 5 waves down are in place.  But, they are not without their issues.  First, for wave 3 down in the GDX to only strike he 1.382 extension is extremely unusual.  Second, the only way to get a 4th wave in place is to use the afterhours low volume waves.  Those are not the most reliable.  Yet, we have struck the appropriate fibs for 5 waves down.  So, I will now become much more defensive, especially if the next bounce is corrective and we take out the low we develop in this region.  That will be my signal for lower lows ahead.

Due to the irregularities noted in the GDX, I added to the metals update today that I will need to see the 16.43 level in silver and the 112.40 level in GLD broken to the downside to signal that the market is now heading directly to lower lows.  Until such time, I am going to either expect a corrective rally in the GDX, and even the potential for higher highs in silver and GLD.  But, again, I want to reiterate that lower lows are still quite likely in these markets, and to keep your eye on the main point – moves higher should only be viewed as shorting/hedging opportunities. 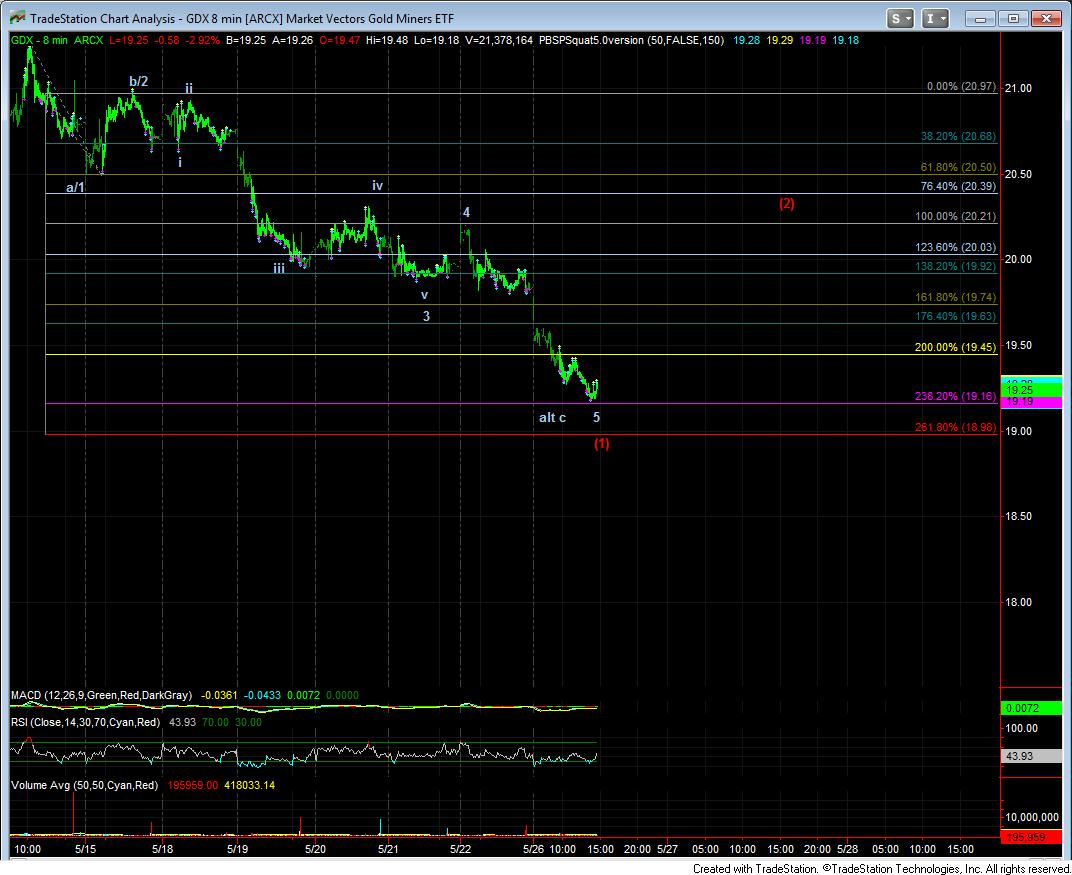