Last week, the GDX failed to take advantage of its break out set up and broke below the 36.30 initial support I highlighted, and then followed through below the 35.30 more important immediate support.  That was our warning that the alternative we were tracking was becoming our primary count, and we were likely going to test the 31-33 region for wave iv of [3].

On Friday, when the market “bounced” back towards the resistance box I provided to our members on the 8-minute chart (with a minimum target of just over the 36 level), I suggested that this was a good exit point for anyone who was trying to trade the long side aggressively in the near term, as it looked likely that we were going to drop to test the 31-33 region.

As it stands today, I am tracking the current count as a wave 3 in the c-wave within this wave iv.  Most important is the 31 region of support at this time.  For as long as we retain support over that level, I will retain this count which suggests we can again set up to rally to the 40-43 region sooner rather than later.  However, if we are unable to hold that support, then I would expect we can test the 28 region below, and the larger degree structure may be placed into question, especially in some of the other miner charts.  But, as long as we hold the 31 region of support, this pattern remains consistent for me.

In the micro count on GDX, I would still like to see a 4th wave bounce take hold as soon as possible. I would not expect this 4th wave bounce to take us through the 34 region of resistance just yet.  Rather, I think it would only be a 4th wave bounce, leading to one more test of support below in wave 5 of the c-wave of iv.  However, if we see an impulsive rally through 34.40, then it means I am one micro degree off on my count, and wave iv may have concluded earlier than I currently expect.

But, I want to reiterate how important that 31 region of support is to me for the larger degree counts I am currently tracking in the mining complex.

As far as silver is concerned, it has really held quite nicely thus far.  But, I must warn you that it can still see a spike below 17 before this pullback completes.  The next time we rally through the 18 region and follow through 18.40, I am going to view that as us being in wave iii in green, with a smaller degree probability of us being in the yellow count of [v] of iii.  But, I think that will be rather academic as the counts would align overall at that point in time.

As far as GLD is concerned, it looks like it wants to finally test the 156-158 region for a more full wave [ii] flat structure.

So, while the bullish structure seem to be generally holding thus far in silver and GLD, GDX bears watching closely, as I think we will need to see that 4th wave bounce take shape very soon so that we are able to hold the positive divergences now evident on the 8 minute chart. 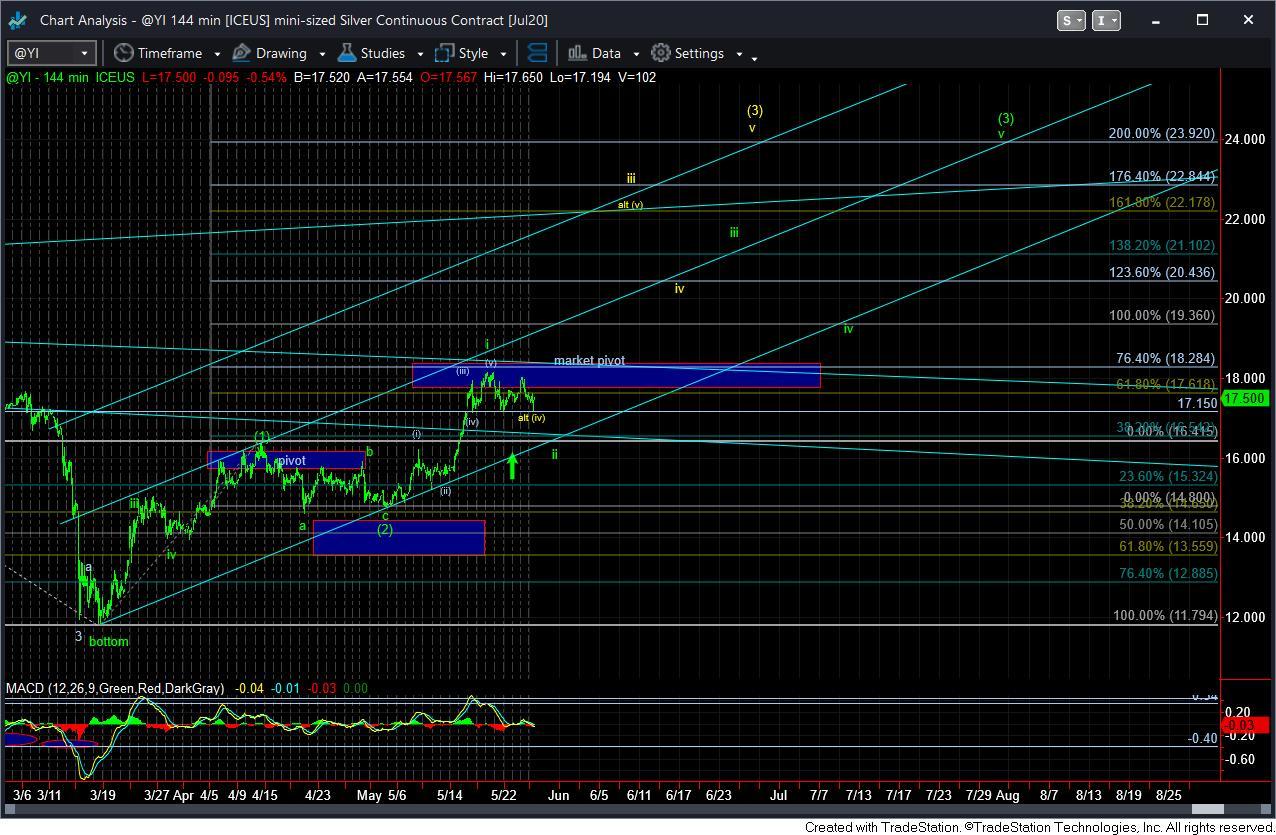