As I have been harping for months, based upon all the different charts I have been reviewing, it has been quite clear that the metals market has been quite bifurcated.  Most specifically, I had noted that there were a number of charts which we identified as bottoming, which have likely struck their retracement lows already, with others still needing lower lows before they bottom.

The silver and ABX/GOLD charts were ones wherein we identified the “fullness” of the downside counts telling us we have to be on the looking out for impulsive patterns off those lows to confirm bottoms being in place. And, as you can see from the silver chart, I think we are completing a 4th wave now in the initial 5 wave structure off the lows we caught.  That means I still think we see a bit higher in silver before we see a pullback over the next few months.

But, one of the charts that really looked rather clear as needing lower lows is NEM.  I am including the NEM chart this time to make a point.  As you can see, it has dropped as we expected, but it still has not struck our ideal target below just yet.  Moreover, it is clear that the GDX has not followed suit, as it still holds over its 19.90 support level.  However, at this point in time, any break out over the recent high in NEM would be a strong warning to the bearish side of the market . . . at least to me.  While I expect to see retracements, rather than a direct path down to the target, I would not expect to exceed the recent high if lower lows are indeed in store for us in the coming months.

I also have to note that GDX still counts best as also needing a lower low in the 16-17 region.  As I have discussed so many times in the past, the rally off the September 2018 lows counts best as a corrective rally structure, with the technicals supporting that perspective.  And, unless we see a rally through the 22.30 region, this is going to remain my primary expectation.  However, a rally through 22.30 would suggest the rally off the lows was indeed corrective “looking,” but would have formed a leading diagonal off the lows, still likely suggesting a deep retracement thereafter, which is what is commonly seen at the conclusion of a leading diagonal.

As far as GLD is concerned, I remain in question as to whether it has struck its lows already, which I have also outlined many times in the past.  But, just like any other leading diagonal, it would also suggest we would see a deep wave (ii) corrective pullback.

At the end of the day, I think the next few months will provide us with one more great buying opportunity for the complex. 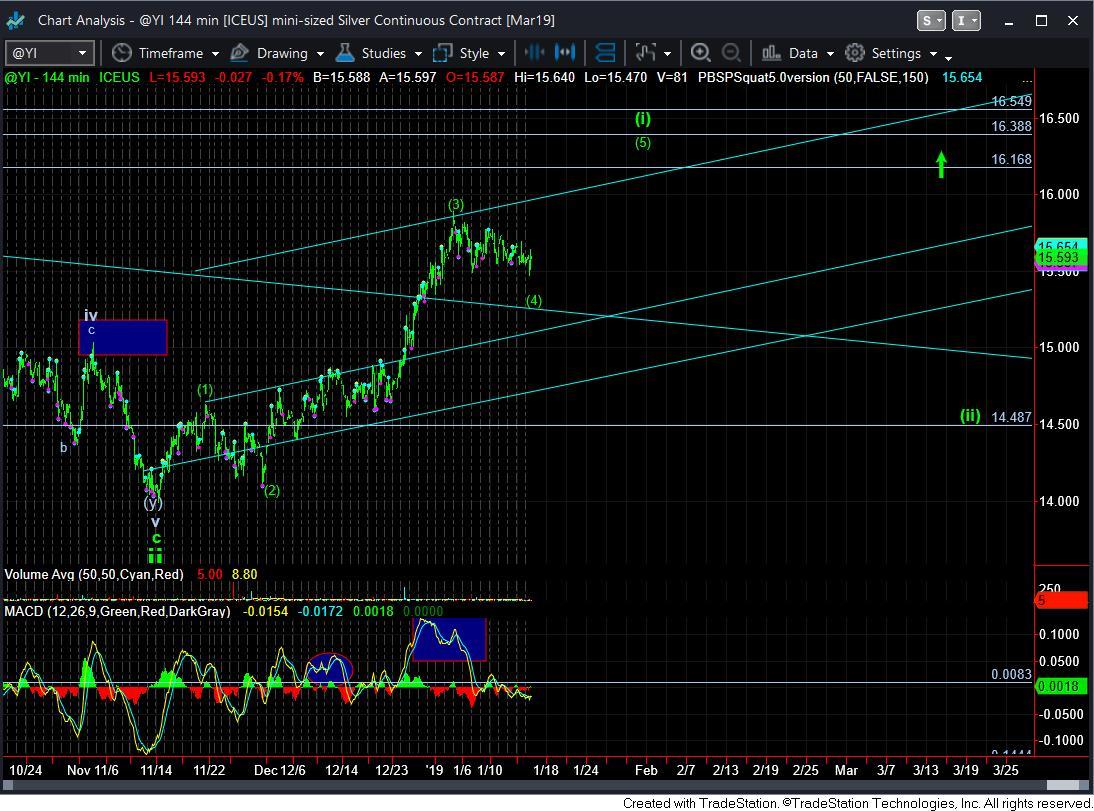