During this current week, it would seem as though silver is again the talk of the town.  The last time silver took the lead like this, it gave us a very good indication as to what the complex was doing.  So, in this update, I am going to initially focus on silver.

As you can see from the chart, we have broken through the initial resistance.  Moreover, it does not look like silver has yet completed its structure to the upside.  Rather, it only looks like we are completing wave (iii) within this extended wave v of (3).

That now raises our micro support to the 18 region, with a break down below 17.70 providing evidence that we may have actually topped.  To fill in the structure, I think silver will hold support for a wave (iv) pullback, and then point us higher towards the 20 region to complete wave (v) of v of (3).

This means that until silver actually tops, I have to leave the door open for the other charts to run as well.

In the GDX, we have now been stuck for several days within the micro pivot we highlighted over a week ago. Should the GDX turn down and break 29.50, that would not be a good indication for further bullishness.  But, again, until I have a clear signal that silver has topped, I am leading the door open for further rally in GDX too since it does not look like a completed structure right now.

That also applies in the GLD.  Most specifically, as long as it holds over the 141 region, it has a set up for an extended 3rd wave heighted in this 5th wave as well.

But, the GDXJ may be the most interesting of charts right now, in fact, I can even view the GDXJ as having completed wave (i) of wave v of (3), which would mean that if we see a corrective pullback in that chart, followed by a rally over the high we are now striking, this could take the lead and pull the rest of the market up with it.  That means that we would need to break below the wave IV bottom to suggest this has topped.

So, in the coming days, I will be watching silver and maybe even GDXJ a bit more closely, because until silver tops, it leaves the door open to see the rest of the complex catch up.

But, again, please keep my perspective in the forefront of your minds.  As long as there is a bullish set up in the complex pointing to the ideal targets I have on the daily charts, that will likely be my primary count, until the charts prove otherwise.  Thus far, it has served us well. 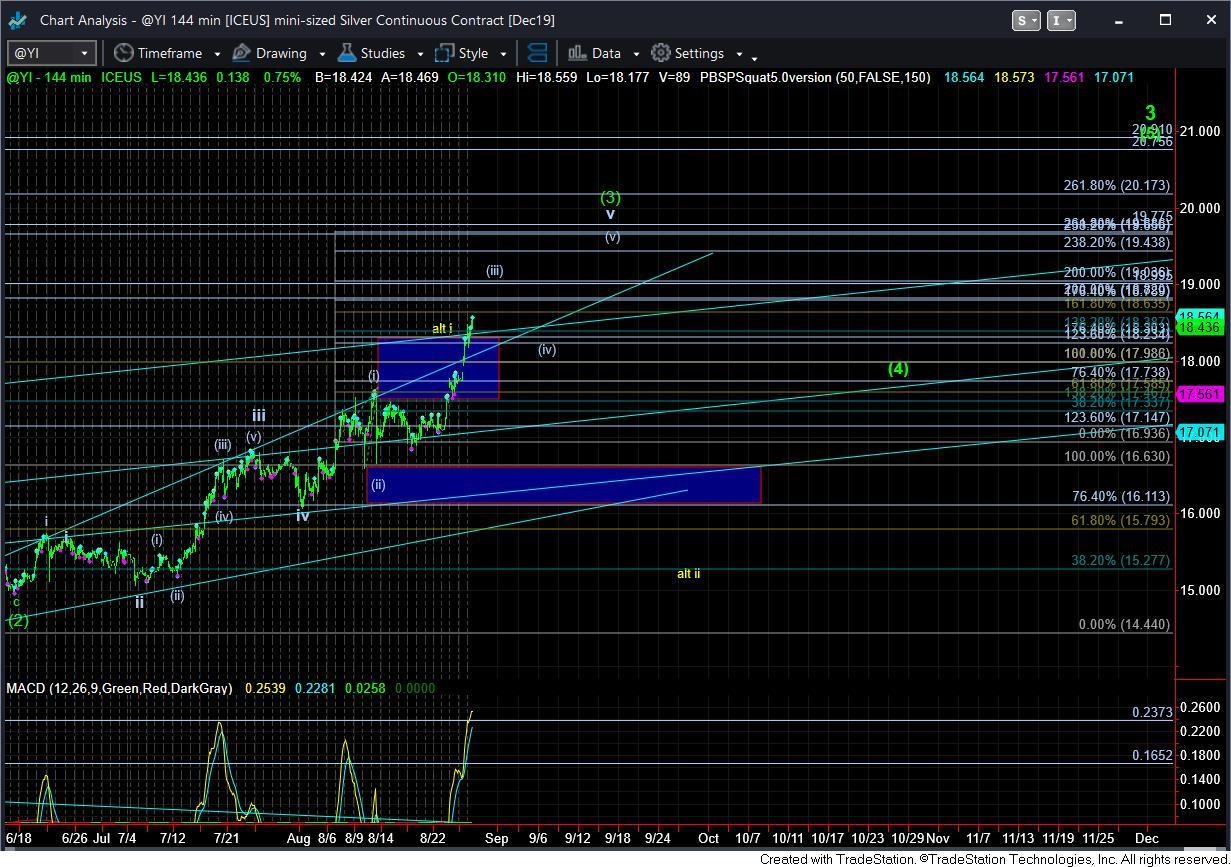