One of our members told me he was upset at my analysis on metals because the metals are not moving.  Well, folks, I wish I was able to control the market.  Alas, I am but a simple analyst, and can only tell you what I see in the charts.  I do not have the power to actually move the market.

But, that being said, the metals have decided to just enter a snooze-fest for the last week or so.  And, during that time, absolutely nothing has changed in GDX, GLD and silver.  As long as we remain below last week’s high, I have no bullish indications in place, and it still looks like lower is the preferred path in the near term.

Yet, I do have an update on the ABX.  The micro chart is strongly suggestive that this rally is completing a c-wave in wave iv in the ABX.  The c-wave rally certainly seems a bit weaker from a technical perspective than the initial move off the lows, which does support my primary expectation that this is a wave iv rally.  That means that as long as we remain below the 12.50 region of resistance, I am expecting price to resolve to the downside to target the 10.80-11 region to complete this longer term pullback.

Of course, if price can push through the 12.50 region strongly, then I would have to stand back and allow the market to prove it has bottomed already by completing waves iii, iv and v in yellow.  But, until we are able to see a strong move through 12.50, pressure still remains down, pointing to a lower low to complete this wave ii that has now taken us a little over a year and a half.

Lastly, I want to highlight again how the daily MACD on the ABX has found support EXACTLY where it needed to, and has now risen enough to support a lower low in price while providing us with the requisite positive divergence in the MACD to support a bottoming structure. 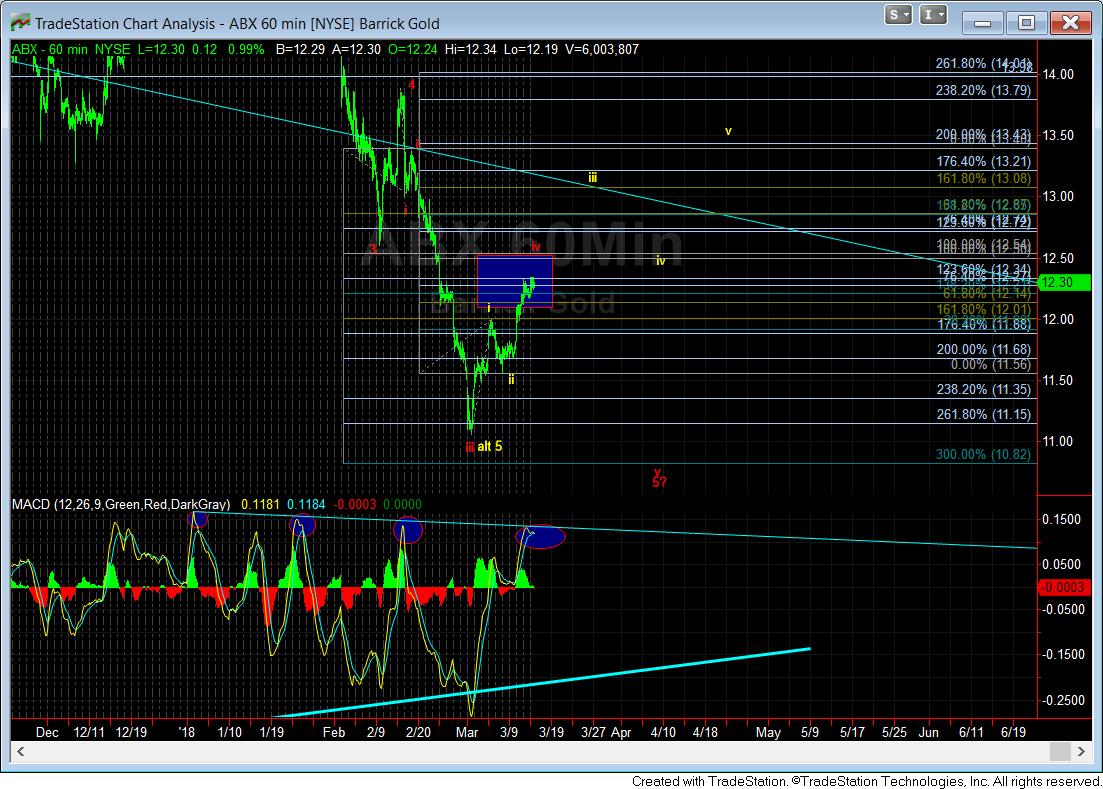