As I am writing this metals update, not much has changed in my expectations in metals, which is why I am still maintaining my hedges.  It still looks like this decline is not yet complete, and silver looks like it will head directly lower rather than seeing another b-wave rally higher.

Specifically, GLD still looks set up to drop towards the 122/23 region, but the broader picture is still rather bullish to me as you can see from the daily chart.

So, what I am going to focus upon again is the ABX chart, because, as I have noted, it is not likely we will see a meaningful rally begin until the laggards have bottomed.

The 60-minute ABX chart is showing that the wave iii down is extending, and may even extend a bit more before it has completed.  But, as you can see, we are still seeing every further positive divergences developing on the 60-minute chart.

As I have been noting, I really want to see a wave iv rally take shape very soon to set up a strong bottoming pattern for wave v of 5 on the 60 minute chart.  Specifically, we will need to rally over the 12 region to signal that wave iv is potentially in progress.  Moreover, as long as we remain below 12.51, it is highly likely we will see one more drop before this decline has run its course.  It would take an impulsive move through 12.70 to open the door to the potential that the bottom has already been struck.

So, it seems that it may take us a bit more time before the market is able to complete waves iv and v in the ABX, but I really would want to see the start to wave iv begin very soon. 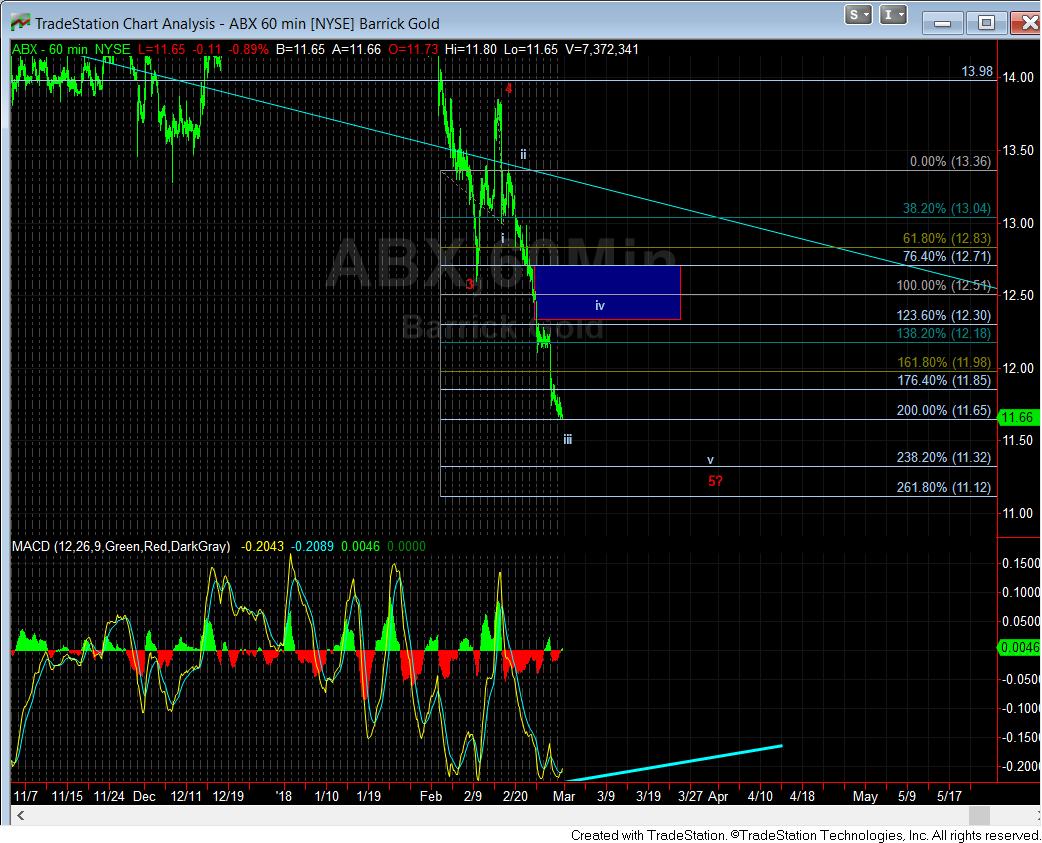