The final week of May played out as expected by closing at the monthly dead highs if you’ve been following us as the price action has been doing the same thing for the past few weeks/months. Breakout higher, form a range/high level consolidation/bull flag, eventually breakout higher. Rinse and repeat until easy money stops printing or until the strategy does not keep us on the winning side.

The main takeaway is that the bulls accomplished their key goal by ending the May monthly closing print at the dead highs in order to enhance the odds for upside momentum. The bulls did what they had set out to do since April because it’s been an on-trend upside breakout back to the 61.8-78.6% fib retracement of the entire drop (3397.5-2174 range on the Emini S&P 500). As discussed, the bears ran out of time as they failed to capitalize on all breakdown setups and the bull train has been on an accelerated phase riding the daily 8EMA upside alongside with price action hovering above the 200 day moving average.

The month of May closed at 3057.25 dead highs on the ES, which was the month’s highs area as anticipated by train/trend followers. The price action is crystal clear for this week: inside week then up or just keep grinding up slowly when above our pre-determined key support levels. One side is winning and until price action proves us wrong, then it’s just the same old strategy. Repeat of year 2019 for now, higher lows and higher highs. Take profit, rinse and repeat until the train wheels fall off. 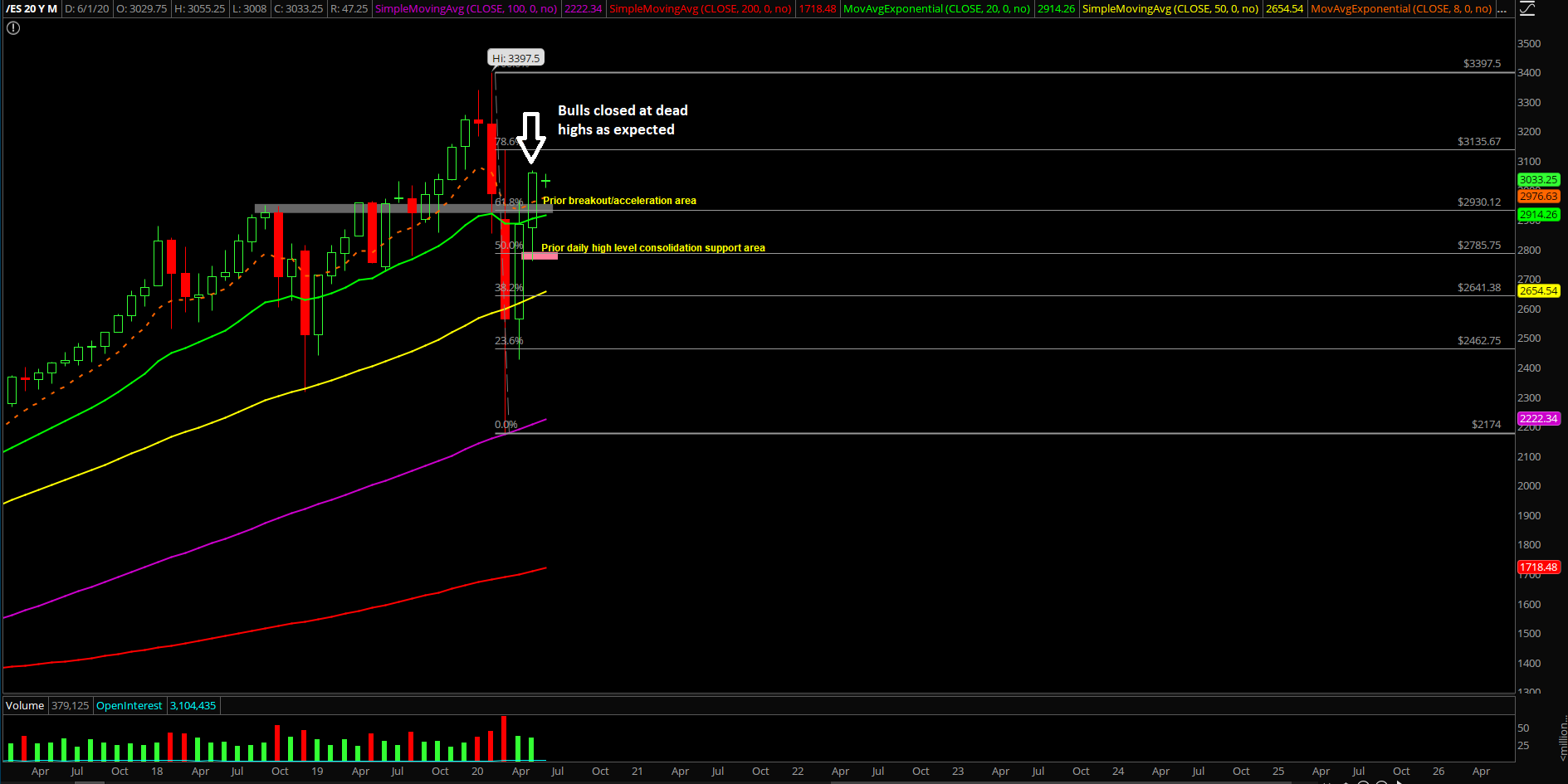 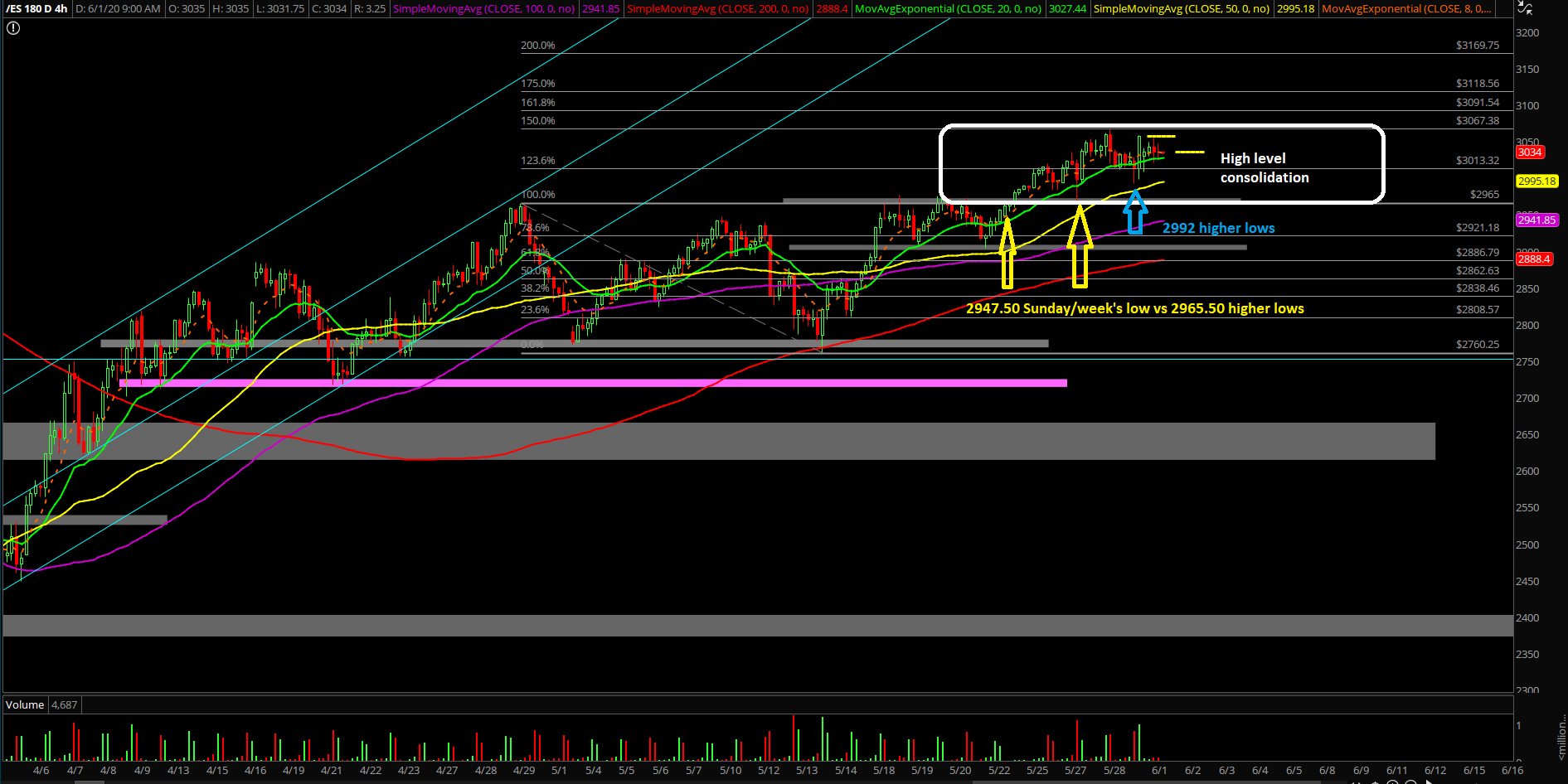 ES JUNE1_REVIEW6_PRO
Ricky Wen is an analyst at ElliottWaveTrader.net, where he writes a nightly market column and hosts the ES Trade Alerts premium subscription service.