MMI continued to point up for Friday, and the final day of a three day "bullish exhaustion" component continued to indicate that the bulls are not done giving it their all.  Yet, because of an indication of a likely top in the mood pattern for Wednesday-Thursday (as well as Thursday's market action), I wondered if bulls might not have much push left and might possibly not make it through the end of the day.  They definitely made it through!  We'll now have to look to the weekend and early next week to see what exactly exhausted bulls will do this time.

The weekend mood pattern has a somewhat serious tone, but might simply be reflecting the lowered energy of the weekend after a hectic week.  It could also be reflecting a seeking of balance or fair play.  MMI is looking down, but the MAM doesn't cross into negative momentum territory until Monday.  Will that mean a slow or ambivalent weekend?  We'll see.

MMI for Monday: close down (below open)

The primary outlook is that a countertrend corrective move is in progress.  .  Monthly charts show a low June-July.

MM MACD signal is unconfirmed BUY, and the intermediate trend is DOWN.   The trade signal is N/A. 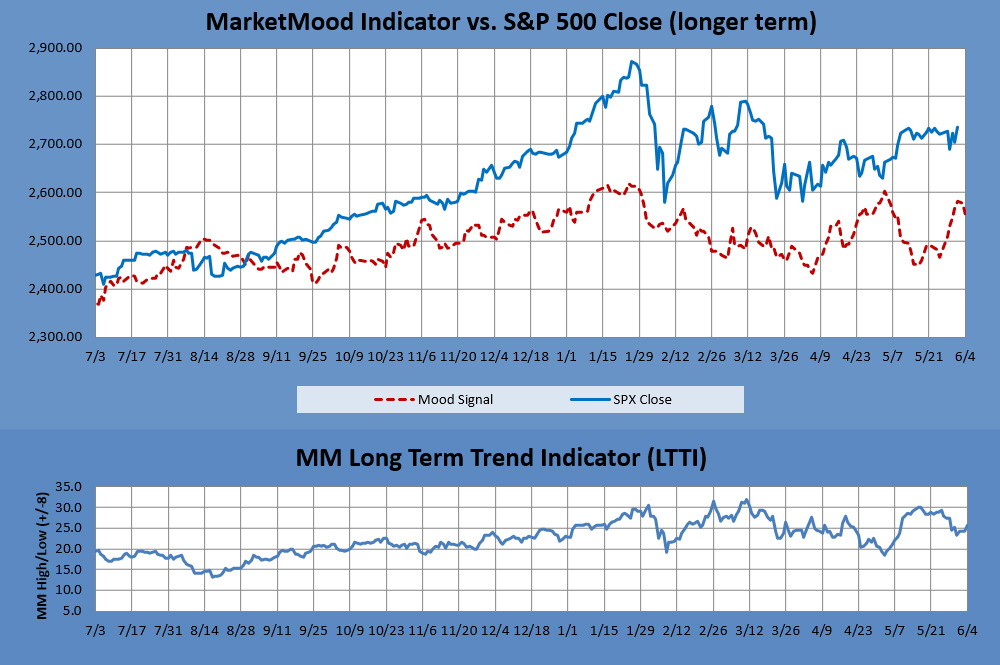