Friday's MMI was down, but once again it was advised not to take that for granted.  The mood pattern was irrational and risk averse, but there was also an implied desire to look at the bright side and it was cautioned that this could win out.  The market started the day sharply down, but by the end of the day it was just north of zero.

There was a multi-day high magnitude MM turn date from 2/5-2/8 with 2/8 being the focal point.  After observing the market's behavior, my base case is that 2/5 marked the high and today, 2/8 marked the end of this 4 day turning point, a first leg of a longer downturn.

The weekend MMI is net up for Monday open.  A complex mood pattern, and a signal flip over the weekend add uncertainty and likely turbulence prior to RTH open.    Monday's mood pattern reflects strong emotions and MMI is pointing down (below open).

The primary outlook is that a corrective move is in progress.  Weekly charts are primarily down over the next few weeks.   Monthly charts shows the market to be primarily in a corrective mostly downward move through March then turning up.  A next low is anticipated February/March.

MM MACD signal is NEUTRAL and the intermediate trend is UP.  There is no swing trade signal. 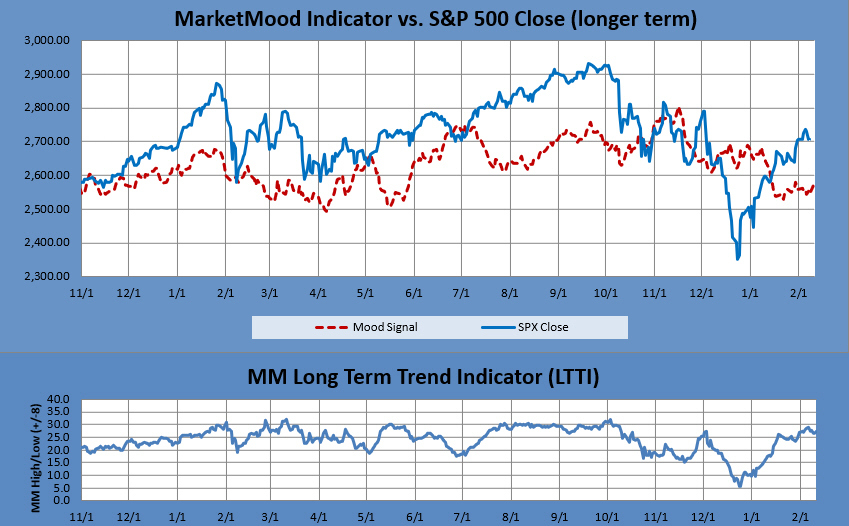