Friday's mood pattern showed a day that was perhaps too quiet, like a calm before the storm.  MarketMood Indicator (MMI) was pointing up and the market stayed pretty quiet, going from a slight rally to a slightly down close.

The mood pattern for Sunday often accompanies serious or disruptive events-- so we'll be on the lookout Sunday and Monday for that possibility.  MMI is down for Monday RTH open, but after final data it turned up (above open) for Monday itself.  There is no clear directional call for Tuesday.

MM Trend Trader remains full on bullish.  A break below the bull / bear trend line would imply the beginning of a temporary sell-off which may or may not be sizeable, but likely short-lived.

Sharp Drop Alert: There is a sharp drop alert through Tuesday.  These usually accompany EW c waves and point to an added risk for moves in excess of what has been the recent average daily move down (most often between 1-3% when a daily sharp drop does occur).  They are not sell signals, but caution that conditions are right for a possible sharp drop to occur -- i.e. take any necessary precautions.

The Moving Average Momentum (MAM): It's been quite a long time since there was a normal major high or low signal.

The larger market trend remains up, with a pullback that may still be in progress although looking less likely.  The remainder of the year, the market should continue in its topping process, getting ready for what could be a substantial pullback for early 2022. 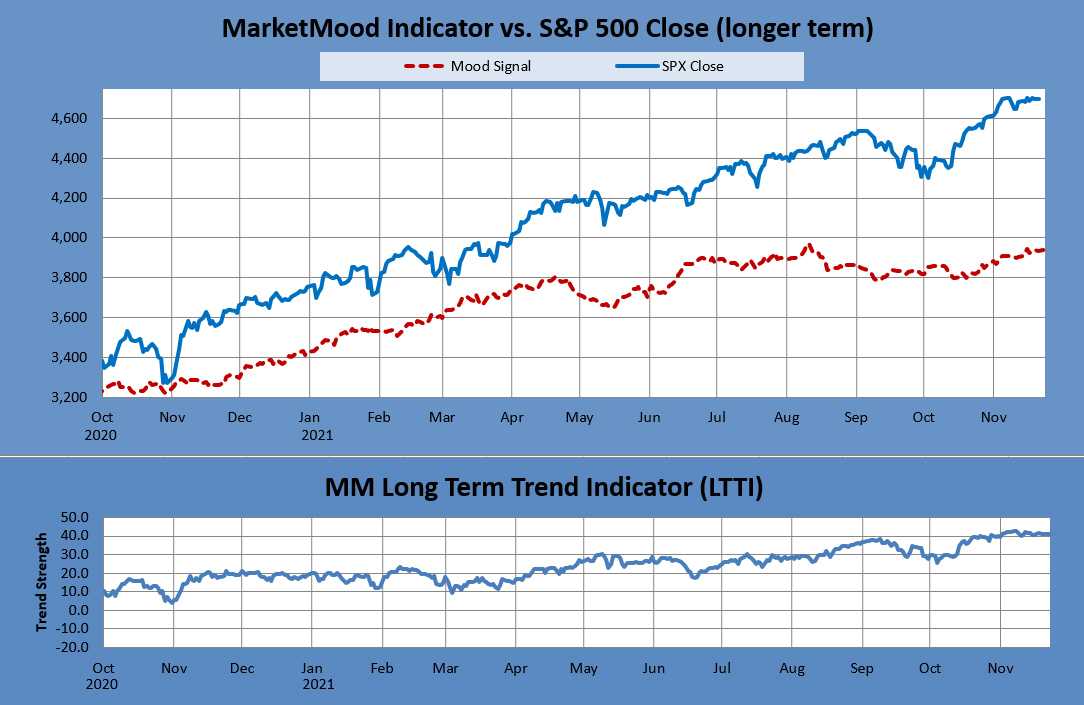