Friday's mood pattern implied an attitude of faith that somehow everything will turn out OK.  MMI was up and with some struggle, the market closed up.

There is a multi-day pattern playing out in the background that completes over the weekend which often goes with abrupt change and somber themes.  MMI is nevertheless calculating Monday RTH open as up.  MMI for Monday itself is same direction as Monday opens.

Sunday and Monday's mood patterns are quite intense with Monday's associated with near term market breakouts or breakdowns.

The swing and medium term indicators continue to be mixed.  MM Trend Trader remains skeptical of the market rebound and stays full on bearish with any break above the bull / bear trend line seen as a temporary bounce.  MM MACD remains in swing buy mode.

There is a slight edge to the upside in the week ahead, although the overall trend remains bullish.  The remainder of the year, the market should be in a topping process and getting ready for what could be a substantial pullback in early 2022.  More details are available in the Big Picture Update video: July and Beyond. 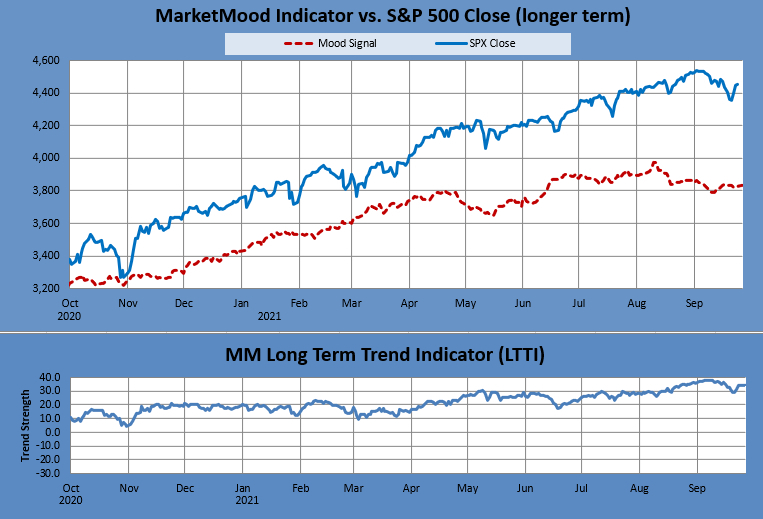