The mood pattern for Friday continued Thursday's "bad news" (news, facts, or data perceived as negative) motif, but MMI gave the odds to the upside with the currently inverted mood vs. effect.  The unemployment report was disappointing, but after digesting it, the market decided it was a good day to rally regardless.

The weekend mood pattern (Monday open) is one of an "eerie quiet" or calm before the storm. It has no direction of its own, but MMI gives the odds to the downside in opposition to Friday's rally.  Nevertheless, it may be premature to get too aggressively short.  FWIW, there is a component that can accompany a background of violence or explosiveness in the news (which could also include more Hawaii volcano news).

MM MACD signal is BUY, and the intermediate trend is UP.   The trade signal is hold long positions; add to longs at or above 2667 SPX. 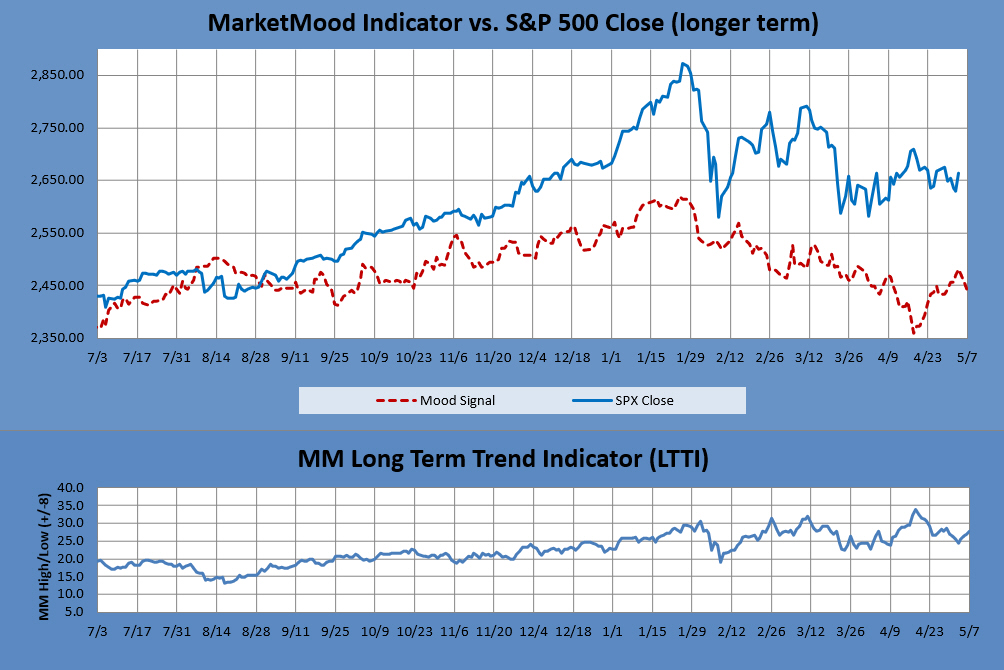