Today's mood pattern usually points to crises or disasters and can also relate to either positive or negative government news.  There was continuing Covid news today including a U.S. government announcement around mask guidance.  There are potential "disasters" in the form of severe thunderstorms / hail / tornadoes this evening in some parts of the country.  Today's MMI is down, however caution was advised due the potential for government news in either direction to move the markets for at least a moment.  The market closed just below unchanged.

Tomorrow's mood pattern implies continuation which is down, but also a bullish exhaustion which means bulls could try hard for a rally first.  MMI is down through end of week.

There is a MAM short term bearish trend change signal for 28 April - 5 May.   The overall trend remains bullish for now, and below 4178 SPX a temporary pullback will be in play.

The Moving Average Momentum (MAM): It's been quite a long time since there was a normal major high or low signal. the indicator's last major low signal was 24-31 Dec., 2018.  The market rallied strongly following the close on Dec. 24 which fulfilled the major low signal.  There was an ambiguous low signal from 20-27 Mar. 2020.  It was a combo major low and minor high in the same region.  The market did make a substantial low in that time-frame.  The last major high signal prior to March of this year was 8-27 Jan. 2020 (possibly the longest window ever).  The closing high in that window was 3330 on the 17th then again 3326 on the 23rd.  The S&P 500 dropped about 100 points from there through end of month, which was the largest drop in some time.  The market then rallied through February 19th to 3386, 60 points above the last high.  That was the actual high point, about 3 weeks past this 3 week window.  It most definitely was a major high point as it was followed by a steep drop of almost 1000 points before a closing low on March 23, 2020.  The most recent major high signal was 10-17 March.  The closing high on March 17th was followed by a decline of less than two weeks which was highly unusual for a major high/low signal.

There are two primary scenarios for April-June.  With March closing on a high note, the most likely one involves a new global or geopolitical crisis (or a new round of a familiar one), with the market in a topping process and then finally dropping.  Until a top is confirmed, expect the process to continue and the market to keep on meandering up.  More details are available in the post describing Two Spring Scenarios. 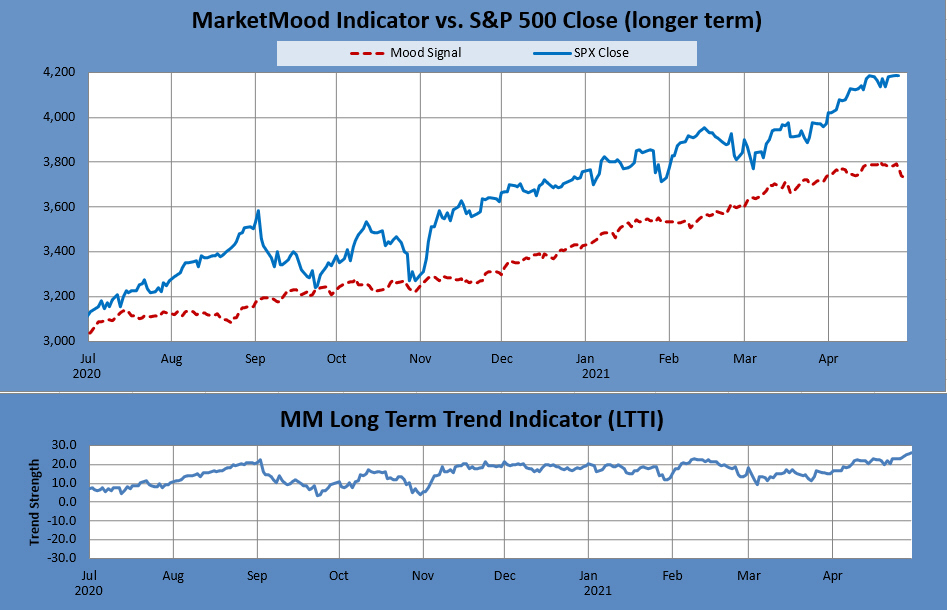