Tuesday was day one of a two day pattern that often accompanies violence and/or volatility.  This is a pattern that is often associated with protests and sometimes with terrorist activity or "random" acts of violence the same or next day.  MMI gives the odds to the downside.

Wednesday is day two of a two day pattern that often accompanies violence and/or volatility.  It's a pattern that is often associated with protests and sometimes with terrorist activity or "random" acts of violence the same or next day.  Because MMI calculates each day one at a time, it does not see this two day pattern, and is looking at Wednesday as a "calm before the storm" pattern, and giving the odds to the upside.  The overall mood pattern through the end of the week, looks to me like something really intense is getting ready to show up.

Note: sometimes when there is a market external event related to the violent/volatile mood pattern (e.g. unexpected violence), the market will recover shortly afterwords.

The Moving Average Momentum (MAM) Indicator last signaled a major trend change with a major LOW indication between April 18-25.  The MAM signaled an important trend change May 30 - June 8 (it still hasn't specified a particular direction).  I'm starting to wonder if "no particular direction" is indicative of diagonals, as that seems to be a pattern.

The primary outlook is that a countertrend corrective move is in progress.   Monthly charts show a low in July.

MM MACD signal is unconfirmed BUY, and the intermediate trend is DOWN.   The trade signal is N/A. 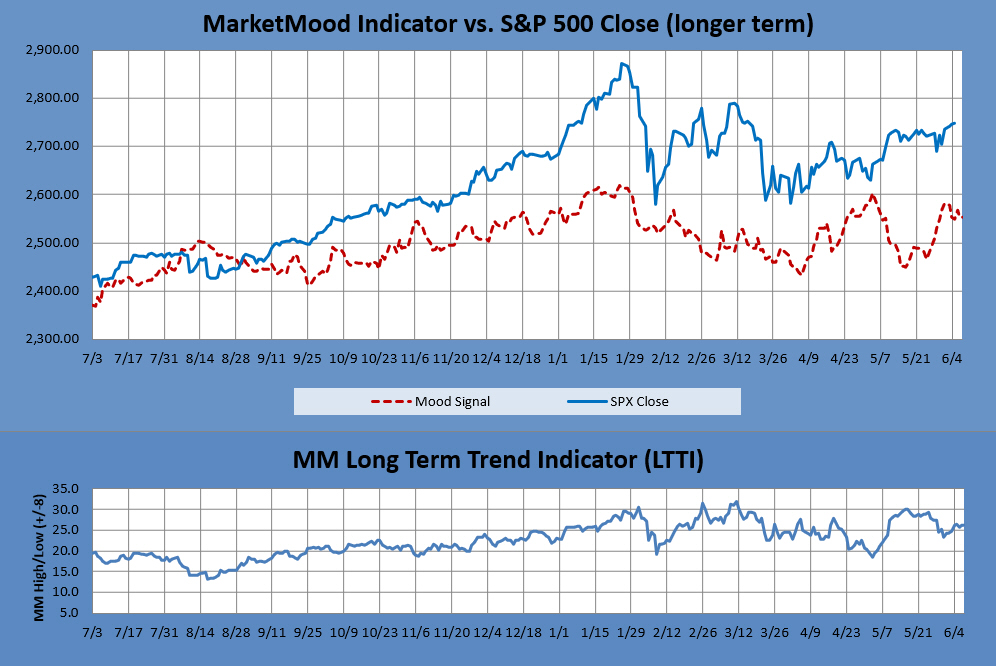