Tuesday's mood pattern combined a bullish trend component with one associated with volatility.  It also contained a component associated with completion.  Combining this with the leftovers of Sunday-Monday's "sudden change" pattern, bulls were on notice that a near term change of trend was coming up fairly soon.

Markets were up most of the day, and the S&P 500 made a new all time high.  At the end of the day and after hours markets retreated (our sudden change motif) as headlines about Manafort and Cohen broke.  We also got a double hit with volatility (e.g. VXX) ending up, in spite of the positive close.

Wednesday's mood pattern points to strong emotions.  This could include passionate outcries, and possibly a minor panic in the markets.  We were watching for a near term pullback this week, and this may be it but there are no strongly bearish indications in any of our derivative indicators at this time.

MMI for Wednesday: close down

The primary outlook is that a corrective move is in progress.  Weekly charts are looking for a near term top or pause.  Monthly charts show (roughly) August as a high and October as a low.

MM MACD signal is unconfirmed BUY, and the intermediate trend is DOWN. There is no swing trade signal. 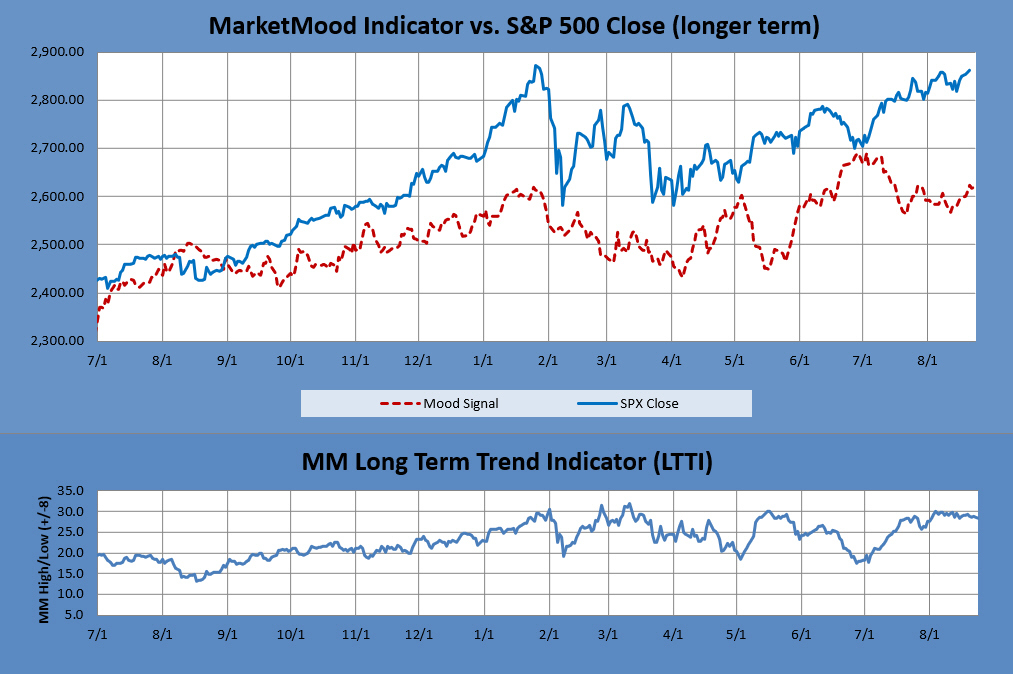