MMI for Monday open was down, and the market didn't quite make it, opening just a few cents above Friday's close.  MMI was looking for some "dark clouds" and a down day today, and the market complied with a down close.

The mood pattern for Monday and Tuesday would normally point to something seriously destructive as well as the potential for negative governmental or geopolitical events, and MMI is down.  It is possible, however that it's simply reflecting the end of the year and decade (with an "end of the world" type pattern).  If there is news related to this, it could show up anytime through Wednesday.   MMI for Wednesday (Thursday open) and Thursday are both in the same direction that Tuesday closes.  MMI2 is giving hints of a surprise twist as it's pointing down for Tuesday, but up for Thursday open and Thursday.

Base case, Tuesday closes down:

Latest signal: The recent MAM significant trend change signal has extended even more and is now continuing through January 7.  With a strong enough drop this would signal a major low; with a large enough rally this would signal a local high.  No confirmation of direction would simply reaffirm that an EW diagonal is in play.

Base case, Tuesday closes down:

In what is still primarily a bull market, even though very long in the tooth, there is a Sharp Drop Alert for December 27-January 6.  Weekly info shows a currently topping market turning to a choppy downtrend over the next few weeks.

MM MACD signal is unconfirmed SELL and the intermediate trend is UP.   There is no swing trade signal. 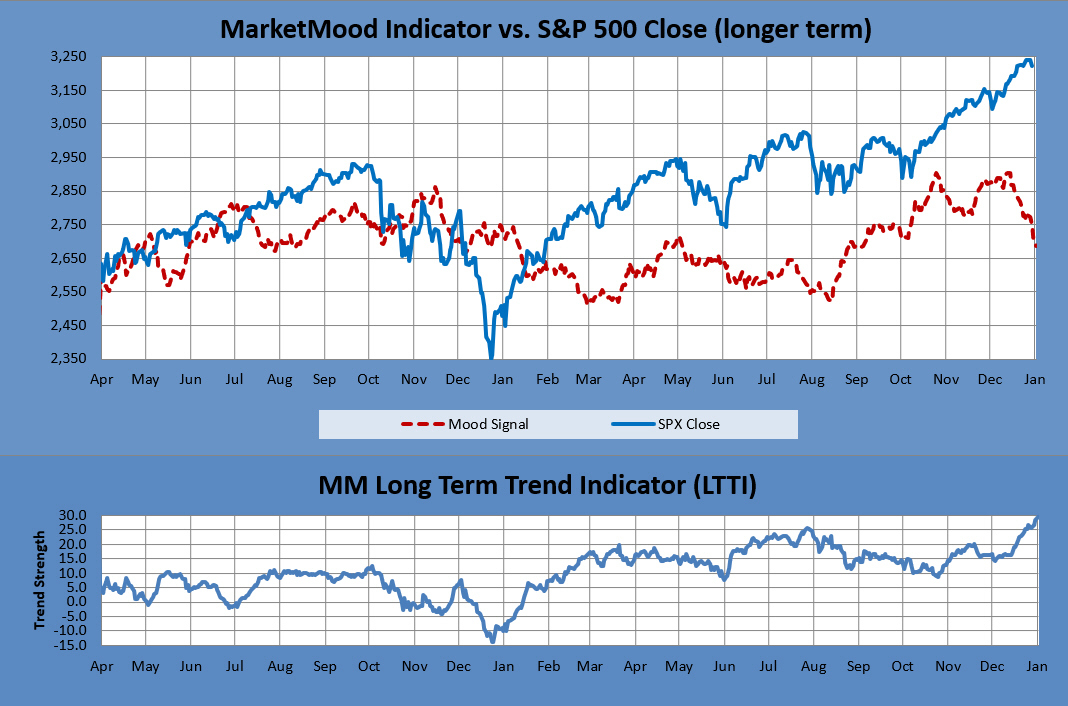