Monday's mood pattern says to be "on alert" for anything today.  MMI was looking up (above open) after a down open.  The market sure tried, but gave out near end of day.  MM MACD turned from sell to neutral at today's open.

Monday's mood pattern shows a government or legal focus for tomorrow (U.S. senate hearings?).   MM Trend Trader continues to maintain at "buy" in both the main signal and higher probability signal, however bears are in charge for the near term until the S&P 500 can regain 3901.

The Moving Average Momentum (MAM): It's been quite a long time since there was a normal major high or low signal. the indicator's last major low signal was 24-31 Dec., 2018.  The market rallied strongly following the close on Dec. 24 which fulfilled the major low signal.  There was an ambiguous low signal from 20-27 Mar. 2020.  It was a combo major low and minor high in the same region.  The market did make a substantial low in that time-frame.  The last major high signal was 8-27 Jan. 2020 (possibly the longest window ever).  The closing high on 17 Jan. appeared to have fulfilled that, as the market dropped over 100 points following this window.  Yet, the market quickly recovered its losses and made a new high.  However, with that being the first major trend change signal in over a year, we needed to take seriously that it was pointing to something very different happening in both mood and market.  Soon after the market saw its largest losses ever.

A bearish wave is expected to begin sometime in February, but pullbacks have so far been quick and/or scarce.   The mood pattern that accompanies this indication usually implies a pullback of a month or more, yet there are multiple possibilities for the month of March depending on whether a flip down occurs or not.  The weekly outlook shows a bearish turn in mood through at least the end of February.   More details are available in the 13 Feb. -  5 Mar. Big Picture Update video. 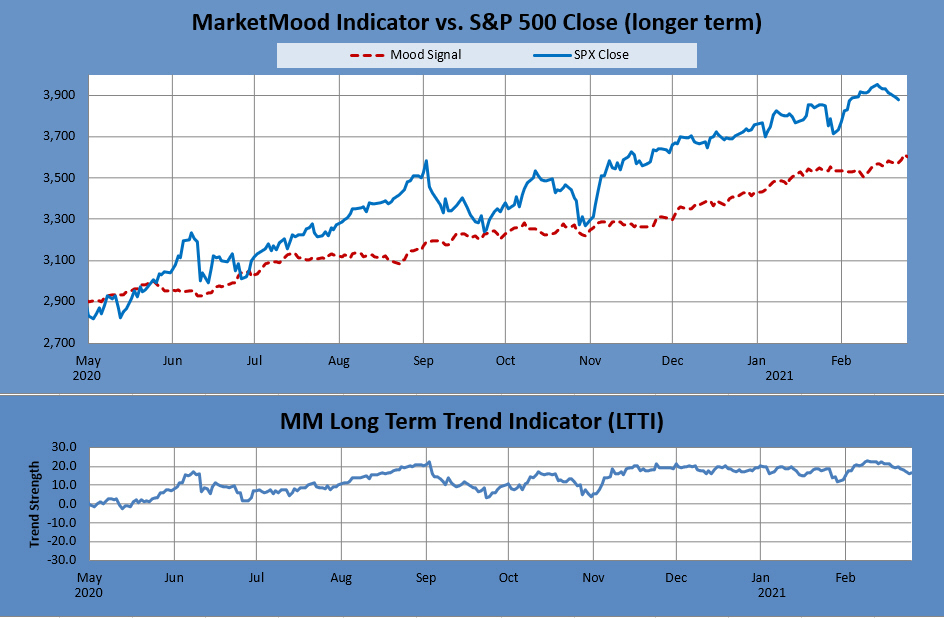