MMI for Monday was upish, and the market was expected to at least try to close above open.  At the last second, the S&P 500 closed barely up for the day, but it did not make it above open.

MMI is showing a local top on Tuesday.  MMI 2 (an alternate algorithm from the same source data) is pointing down Tuesday and Wednesday.  I will still be primarily following the MMI, but am looking at how to use both of these together.

Sharp Drop Alert: The weekly chart is showing the overbought + flatline signature that implies heightened risks for a sharp drop through July 22.  This is not a sell signal, and does not imply a trend change or immediate selloff.  It says to be on watch for a possible sharp drop during this period.

The weekly forecast implies a bearish slant through for the next couple of weeks, with a strong rally likely for the last week of the month.  Monthly charts show a multi-month low by sometime this month.  Early data shows a big trend change (down) around October.

MM MACD signal is unconfirmed NEUTRAL and the intermediate trend is UP.  There is no swing trade signal. 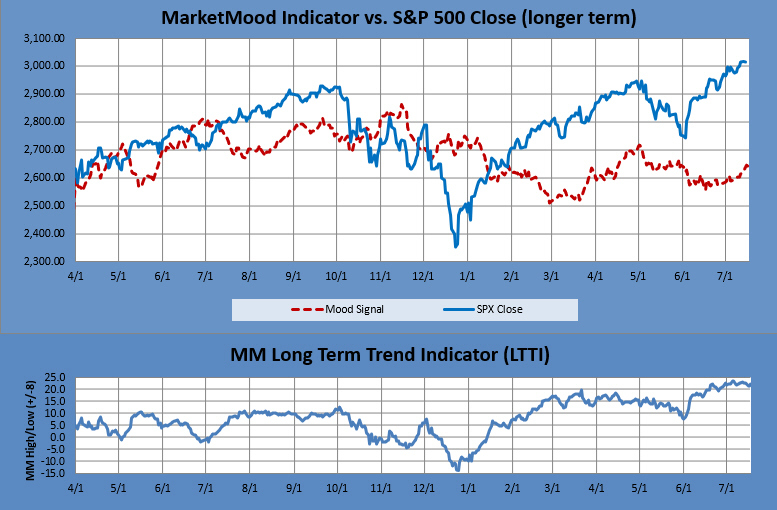