Wednesday's mood pattern was a volatile "breakout or breakdown" pattern with MMI giving the odds to the upside.  The market tried unsuccessfully to break out on the upside, and then turned down breaking below the range of the last few days.  While it wasn't a historically large market drop, the market did close with the largest net change in a week.

Both Thursday and Friday's mood pattern reflects government related instability or global crises.  MMI for Thursday is a flip from up to down (bounce likely prior to further downside), and MMI for Friday is close down.

MMI for Thursday: flip from up to down

The Moving Average Momentum (MAM) Indicator last signaled a major trend change with a major LOW indication between April 18-25.  There have been no definitive signals since.

The primary outlook is that a countertrend corrective move is in progress.   Monthly charts show a trendchange in July.

MM MACD signal is NEUTRAL, and the intermediate trend is DOWN.   The trade signal is N/A. 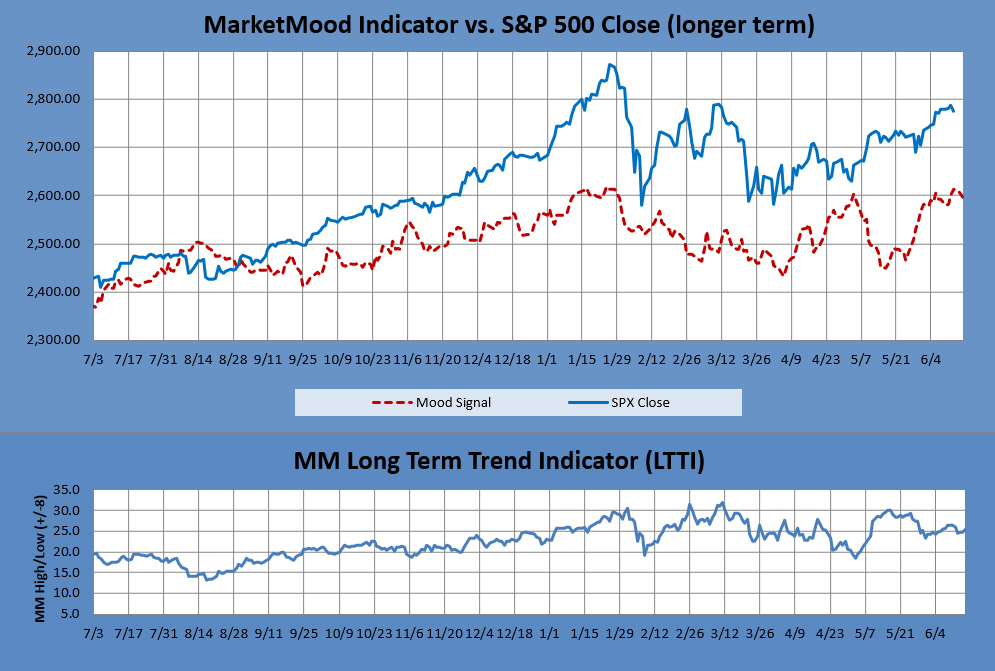