There is a "things are falling apart" kind of mood pattern for the weekend.  People are likely to be in a "hunker down" kind of mood.  MMI is showing a down open for Monday.

The mood pattern for Monday is still pointing to a risk averse outlook.  There is not much at all that is pointing to outright celebrations and good cheer at the moment.  There is even a component that implies an elevated disaster risk.   Yet, MMI is nevertheless looking for a close up above open.

MMI for Monday: close up (above open)

New MAM signal: A significant trend change is likely Oct. 11-18.  Direction is confirmed once market MAM < -10 or > 10.  IF the market drops sufficiently during that time (market MAM < -10) this would indicate a major low.  Direction not confirmed by a strong enough move either way would again simply reaffirm an EW diagonal in progress.

The primary outlook is that a corrective move is in progress.  Weekly charts are nearly flat over the next couple of weeks.   Monthly charts show (roughly) October as a low. 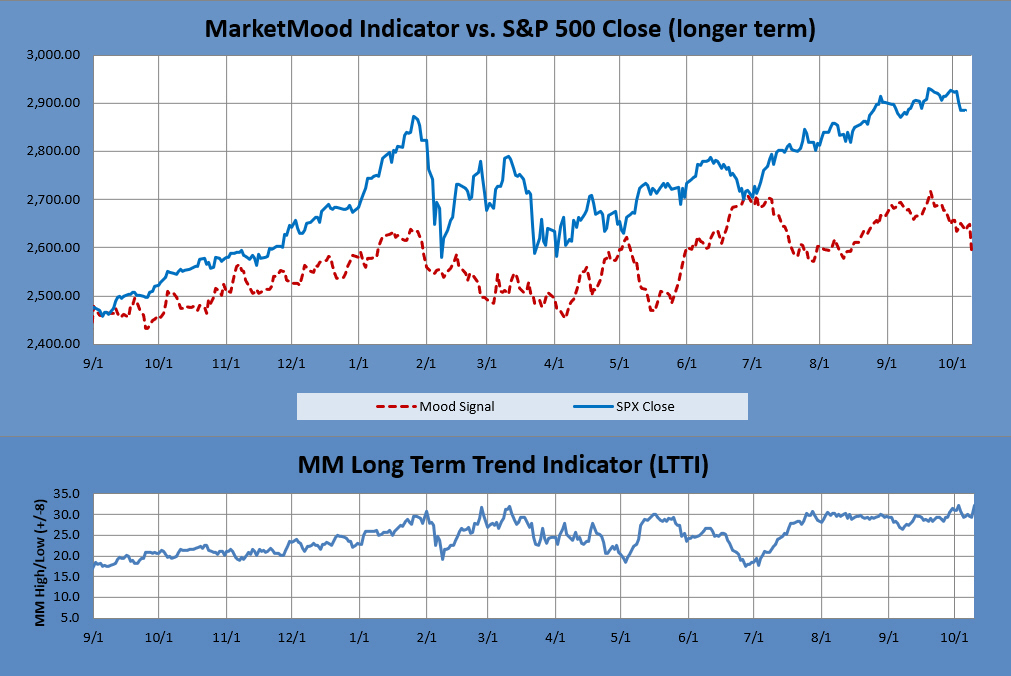