MMI for Wednesday was up, and bulls should have given it everything they had left as another back to back "bullish exhaustion" pattern played out.   The market closed up strongly, especially for a short pre-holiday session.

Today's trader mood context was:  "hanging in there"

Today's trader mood challenge was: "looking over the horizon"

The mood pattern for Thursday goes with explosions and military activity.  Yet, it's the 4th of July and fireworks are expected, as well as tanks in Washington D.C.  Friday's pattern is highly emotional.  For the markets, Thursday's MMI (Friday open) is down and Friday's is down.

The primary outlook is that a complex and corrective downward move is in progress.  The weekly forecast implies a bearish slant through the third week of July.  Monthly charts show a next low by sometime this month. 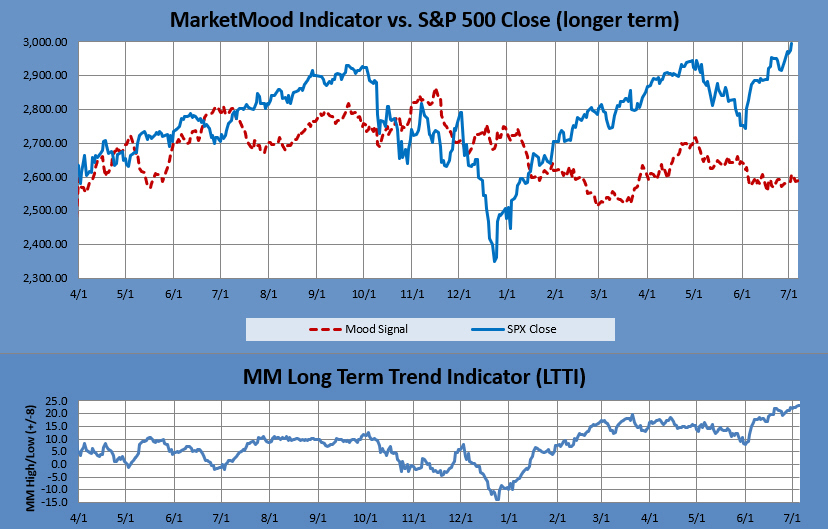