Today's mood pattern was "denial" which is usually near term bullish followed by a reversal.

Tomorrow's MMI is calculated as up, but the mood pattern points to "negative news" and being the day after a bullish denial pattern, I would be cautious on the upside.

There is a MAM major high signal for March 10-March 17.  This results from both mood and market being sufficiently bullish that a major high is likely imminent and is estimated to be between now and March 17.  Slightly less likely would be a major high between March 17-24 (one week after a one week window).

There is a new MAM major high signal for March 10-March 17.  This results from both mood and market being sufficiently bullish that a major high is likely imminent and is estimated to be between now and March 17.  Slightly less likely would be a major high between March 17-24 (one week after a one week window).

There are two primary scenarios for April-May depending on how March finishes up.  The base case is for the current decline to bottom and then for a continuation up to a high in March.  The alt case would be for a failed rally down to a low in March. 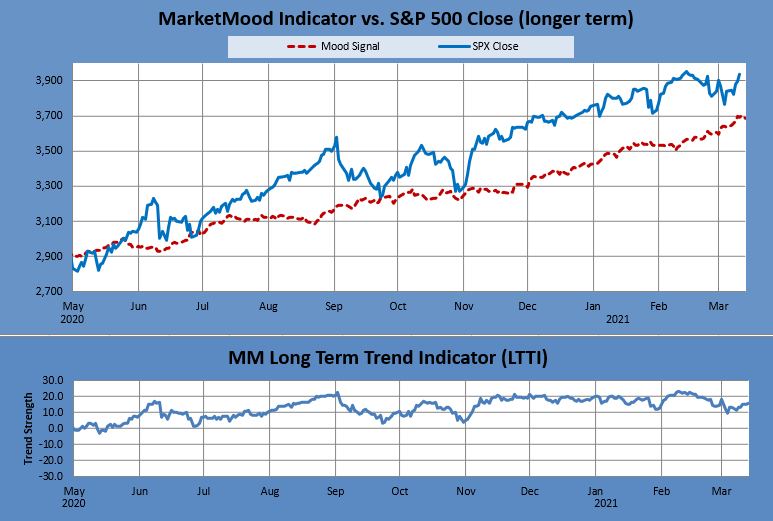