The final week of October played out as a trend week down into backtesting some key support levels fulfilling a few of our continuation targets. However, bears were not strong enough to expand the range any further yet. The entire drop so far has been well contained given the established Sept lows of 3198 in the Emini S&P 500 (ES), so it’s crucial for both sides to keep fighting as we head into elections and then year end.

The main takeaway remains the same:  The daily 20EMA has been broken for the second time in many months (the first time was during September for 14 sessions, then it made a V-shape recovery). Friday was day 5 of the setup, with the bears trying to fulfill the 3198 target, but price action made a temp low of 3226 followed by a double bottom at 3225 during Friday’s RTH.

This is where the complications start because the easiest portion of the ride is now considered done from the 3400 breakdown to the present time. We would need to wait for the elections timing catalyst to expand this range further. For now, rangebound will likely occur given the digestion/consolidation structure from Friday and Sunday night.

Friday closed at 3278.25 on the ES as a hammer formation indicating the start of a relief bounce if support continues to hold.  And Sunday has provided the market with the current higher lows formation. In addition, price is now back to hovering around weekly 20EMA and working off of the daily 2std lower BBand, so keep watching this as price expands/digests. 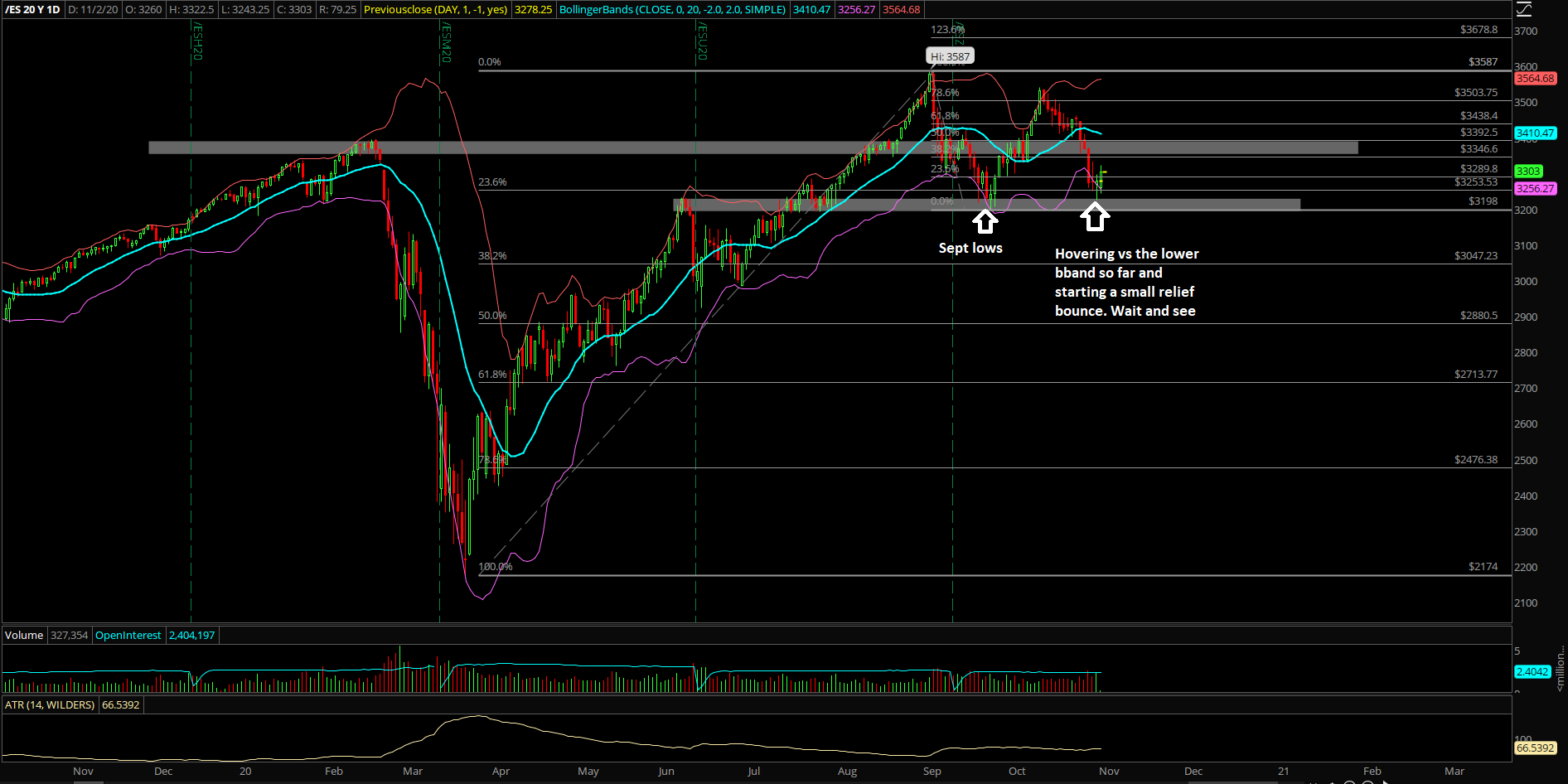 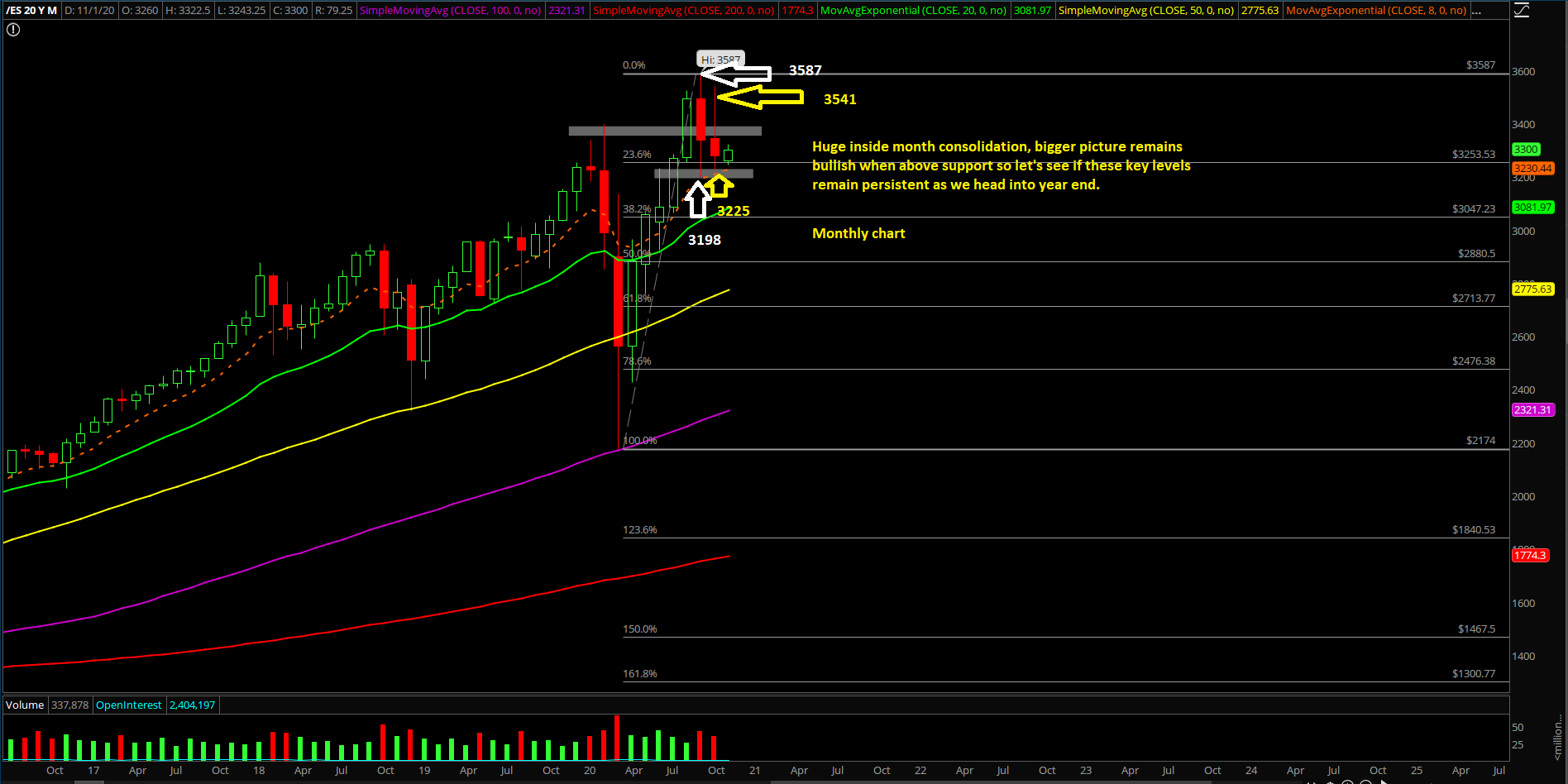 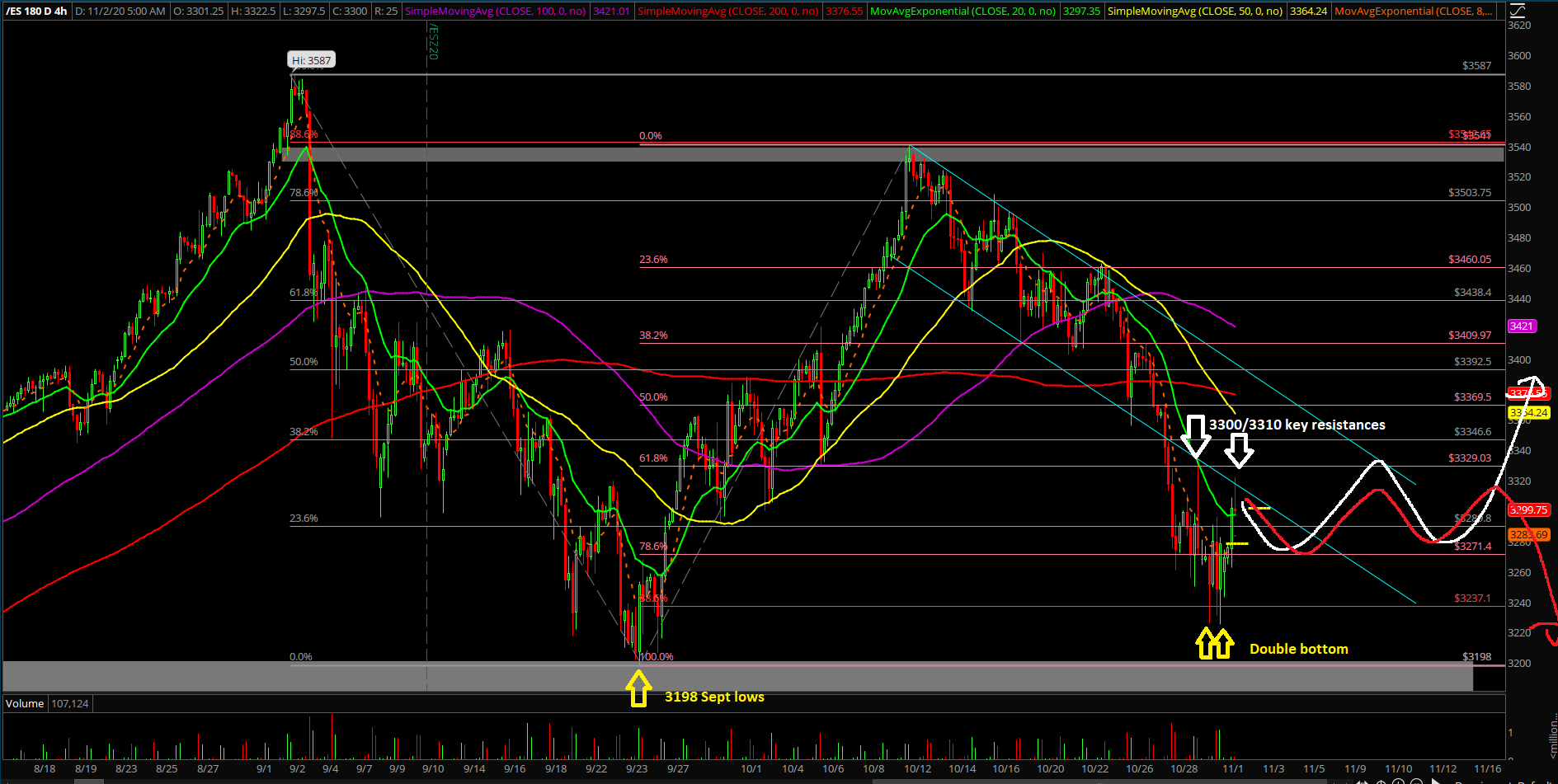 ES NOV2_REVIEW6
Ricky Wen is an analyst at ElliottWaveTrader.net, where he writes a nightly market column and hosts the ES Trade Alerts premium subscription service.