The third week of September was an inside week as expected per projections. However, the bulls could not muster the big win with Friday’s weak closing print near the week’s range low. Essentially, the entire week played out as digestion as price action remained in a bull flag pattern given the prior 3 weeks of upside continuation from 2810 to 3025 on the Emini S&P 500 (ES).

There are six sessions left and it’s month/quarter end closing print. There are only two scenarios: weekly bull flag pattern vs. weekly double top and the prevailing trend favors the bulls given the current odds. Obviously, odds would shift if our key support levels get backtested and broken.

Friday closed at 2989.25 on the ES, around the inside week’s range low, and the win rate for bulls has gone down to 71% YTD (27/38) for the Friday dead highs closing print within 1%. Not much has changed from the prior report.  The general theme of the backtest into 2975-2965 and then rally into month-end new all-time highs remains favorable given the trending daily 20EMA. We’ll repeat these key points: 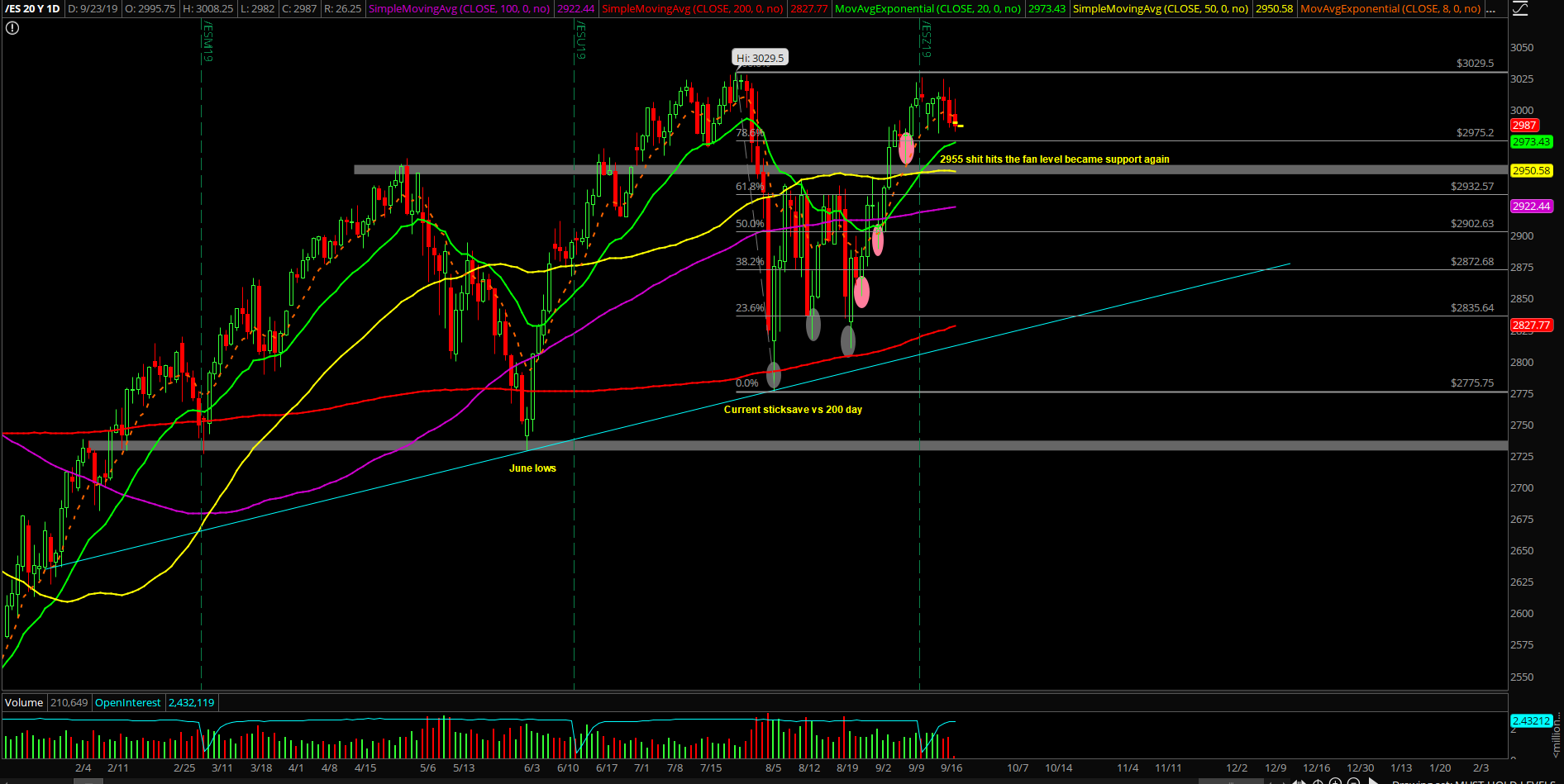 ES SEPT23REVIEW5
Ricky Wen is an analyst at ElliottWaveTrader.net, where he writes a nightly market column and hosts the ES Trade Alerts premium subscription service.