Yes, the metals have still been quite frustrating. And, the most frustrating of the structures in 2017 has been the GDX.  Even though we broke through resistance today, it still has not changed the frustrating consolidation we have experienced within the same basic region all year.

I have now poured out my heart to you in my frustrations of trying to make symbiotic sense of the three charts I track within their micro structures, but it stills leaves me in the same position I presented several weeks ago – and that is that I cannot be bearish the complex, and still remain bullish of the patterns we watch. I still have to look higher, even if we do see a 2nd wave pullback, as I would expect in the ideal sense on the GLD.

While it is entirely possible that we are about to see the heart of a 3rd wave up – if the series of 1’s and 2’s are really what are playing off the lows, it will take a strong move through the 122 region in GLD to begin to believe in that potential.  As far as silver is concerned, should we see a strong move through the 17.25 region, that would open the door to me for being in a major rally mode.  As far as GDX is concerned, that resistance would be the 24 region.

So, while I would normally expect that the market can see another corrective micro pullback, should we start seeing further strength in the market in the coming week, then we have to view us as being in the heart of the 3rd wave already.  But, overall, I still remain bullish and looking higher in the coming weeks.

But, the opposite end of that coin is that should this rally fail, and we break below the lows we made several weeks ago, it opens the door to a much longer consolidation to take hold in the complex, or even the potential that we may break the lows seen in 2015.  While that is clearly not even close to my primary count at this time, the market is going to have to take advantage of this set up, as I am truly out of 1’s and 2’s I am willing to rely upon for the heart of a 3rd wave to take hold. 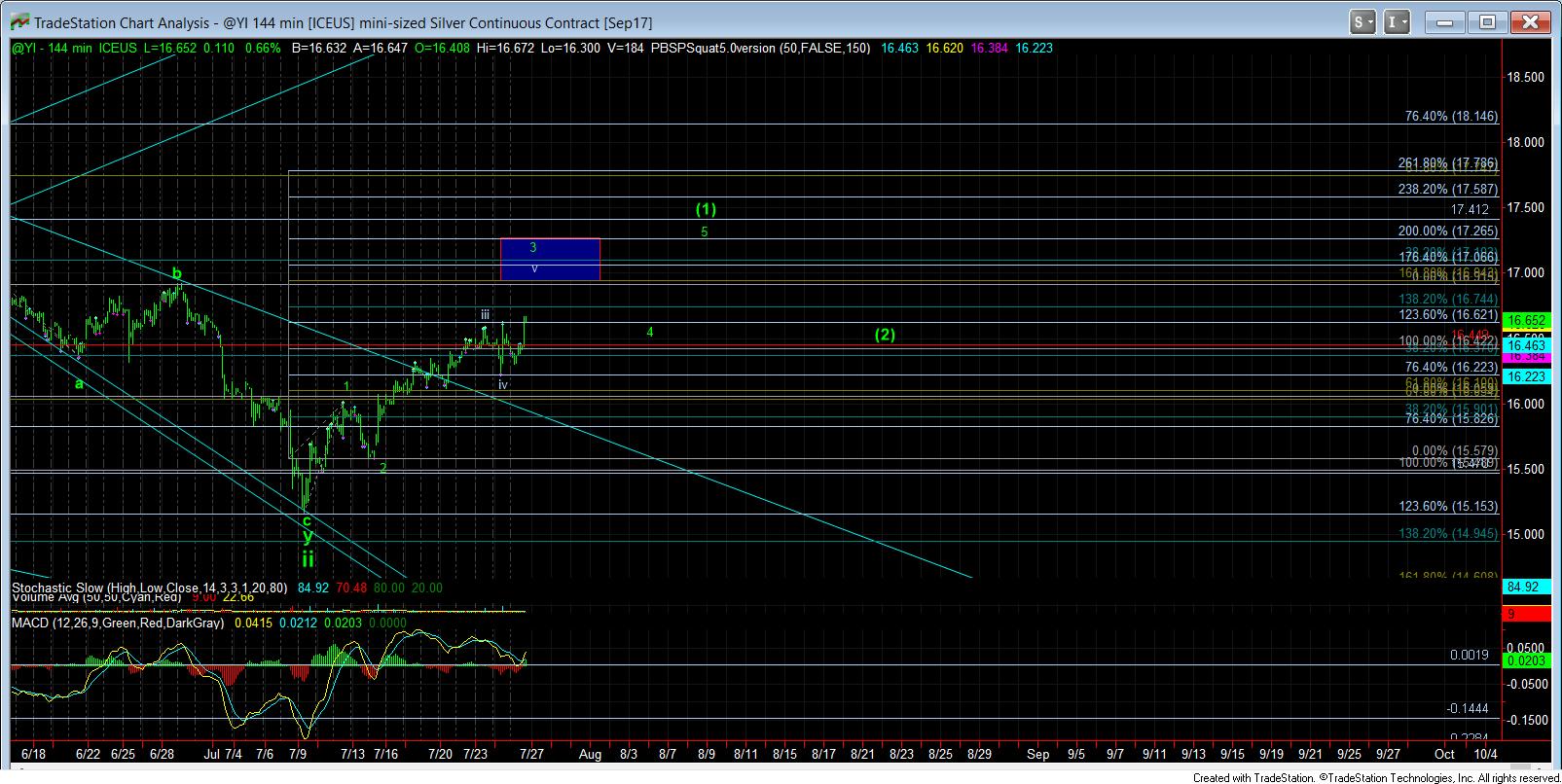