Our Bayesian Timing System shows a 64% probability that the SPY bottoms above 282-ish and begins an aggressive path higher to all-time highs.

Now we need to look for clues, as the outcome from paths 1 and 2 are about as divergent as you can get.  After studying under the hood, if SPY is unable to get above 291-ish on a bounce, then this could get ugly fast for the bulls and most likely a signal change to short will be the sustainable path.

A move back above 291 but below 296-ish keeps things uncertain but leaning towards path 1.  And back above 296-ish squarely is in the path 1 expectation.  So there we have it.  We are presently long looking for clues.

In metals, as has been mentioned for nearly a month, lower levels continue to be the most likely outcome in a choppy market and pinpointing a swing trade with decent risk-return has been difficult.  So for those itching to trade metals, consider the alternative of jumping in and getting “pecked to death by a duck” vs. relaxing with your cash sipping a cold beverage.  Consider: “In GDX there are support clusters in the 23-25s and in GLD 133-135; and probabilities do support seeing those levels before this correction runs its course (at 68%).”

In oil, thank goodness the BTS stayed on the sidelines; even though the probabilities had leaned more bullish than bearish, there just wasn’t enough of the bullish variety to trigger a long.  Where are things now? Ugly for the bulls and a tricky spot to press a short trade.  So we will remain on the sidelines to ascertain next steps as we could see a washout to the 8-9s in the USO.

In the U.S. dollar, we need the UUP back below 26.90 to get lower more immediately.  Similar to EWT analyst Mike Golembesky’s count, Bayes sees an ending diagonal forming which should end abruptly. 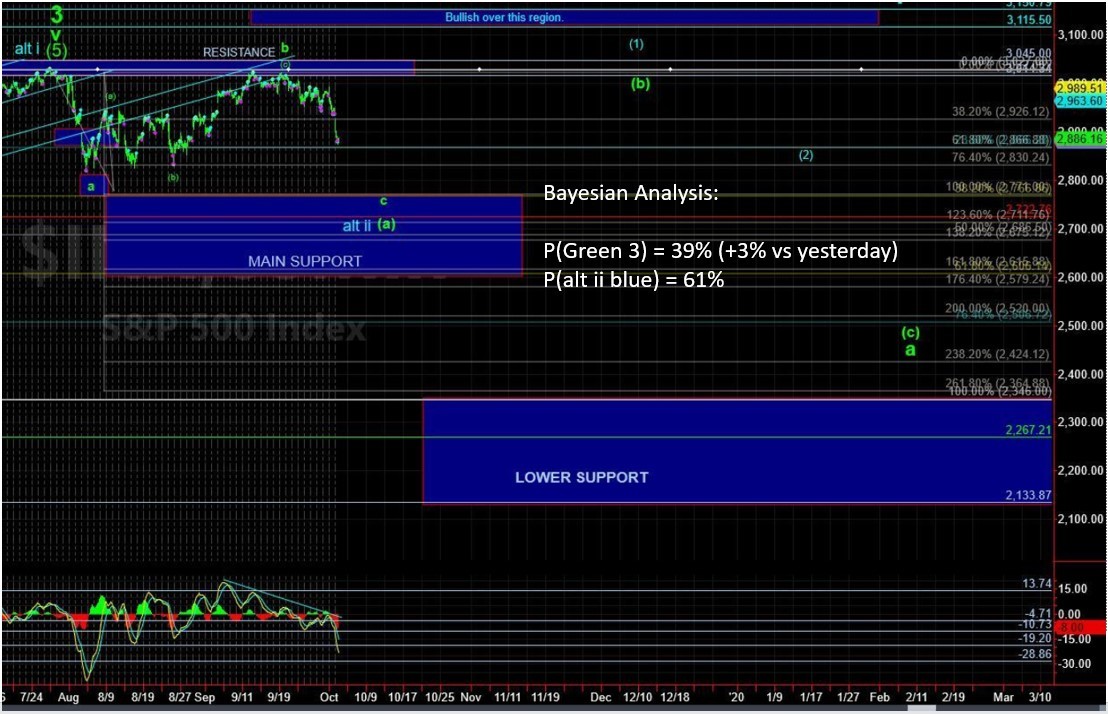