In general, the theme of bulls versus bears hasn’t changed much – with the bullish perspective leading to another burst of winning trades.  In fact, the Bayesian signals are on another tear, going 56 for 62 (win rate of 90%) on its trades over the last three weeks.

Further, over the last four months the signals have a win rate of 83.7% -- that means they've been correct on more than 8 out of 10 trade attempts.

On December 17, the signals changed to neutral, as Path 2 discussed below witnessed a quick rate-of-change at the micro level.  As such, the Bayesian Timing System stayed true to its process, locked in profits, and went to the sidelines to re-assess.

In Metals, after batting 90% on its metals trades, the Bayesian Timing System has been patient waiting for a positive skew in risk vs. return.  On Dec 17, the metals signals went Long with at least another run at the GDX 28 level expected on this micro-path higher.  Above 28, then GDX is squarely staring down 29.50-30. 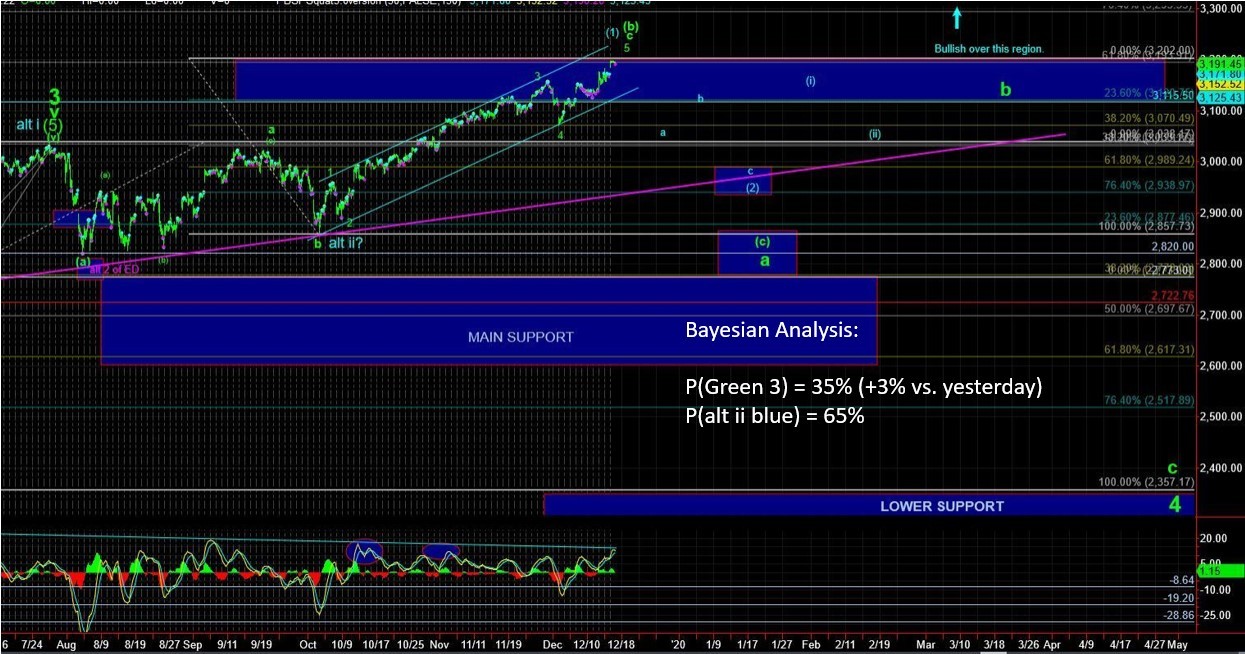