While I am out on the open seas at this time, I wanted to post a quick update on the metals.

I think we can all assume that we have “at least” 5 waves up off the recent lows in the metals complex.  The big question we will see an answer to within the next week or two is if we are already in the 3rd wave up in wave 1 of iii, or if we are just completing an extended wave (1) of 1 of iii.

As far as the resistance is concerned, I am going to be watching silver quite intently, since it has the clearest break out region.  As you can see from the attached chart, if wave (1) has completed as presented in yellow, we will blow through the 17.50 level along with the downtrend channel overhead.  This would be the indication that was are in wave (3) of wave 1 of iii off the recent lows.  But, do take note how nicely the (1)(2) in green on the silver chart would fill in an inverse heads and shoulders pattern as well.

But, to be honest, I even think GDX counts best as the more accelerated pattern.  Since the 25 region is the .618 extension of waves (1) and (2) if they are already in place, a strong break out through there would be pointing us directly to the prior highs seen in August of 2016 for wave 1 (and we may even slightly exceed that level before wave 1 is completed.

The next few days should clarify whether we are in the more accelerated count or not.  But, clearly, breaking below Friday’s low in the GDX or silver would put us solidly in the wave (2) count. 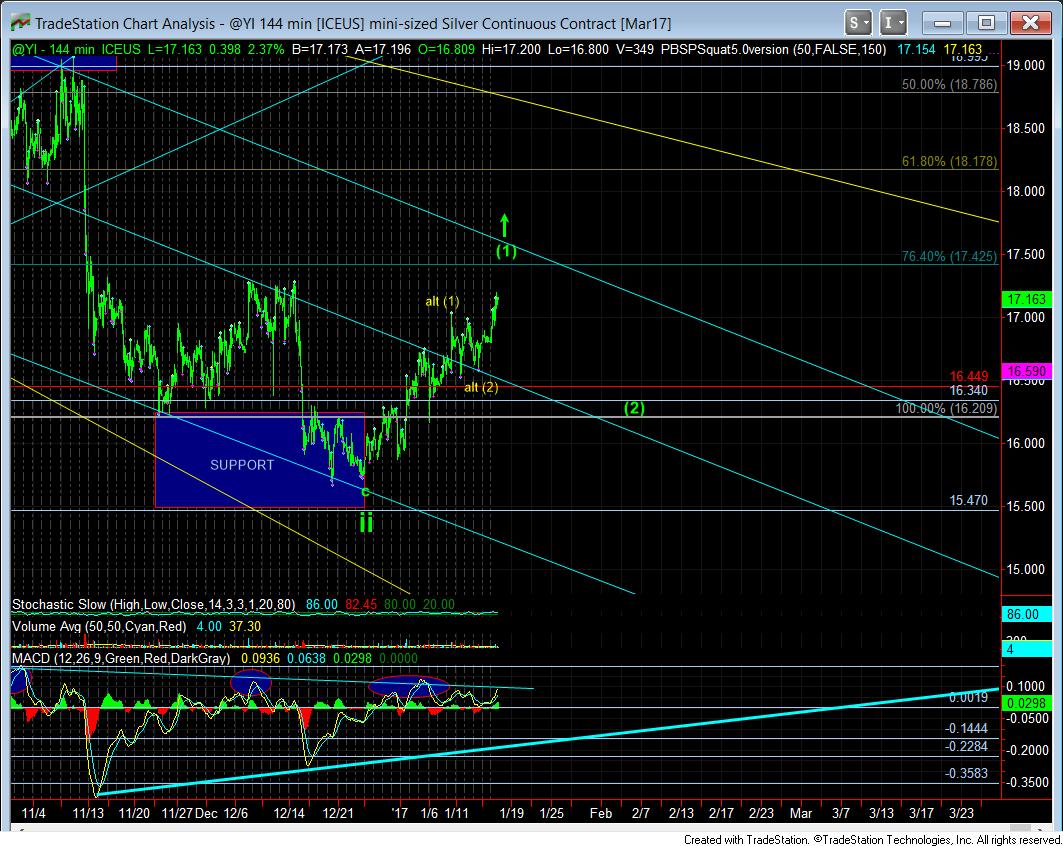