Tuesday was a gap-up and grind up session.  If you followed us in the ES Trading Room at ElliottWaveTrader, we demonstrated how it was very important to wait for the higher lows setup during the RTH session to board the northbound train into higher high targets.  Essentially, it was just a typical bull flag continuation pattern that played out for the entire day as the bulls accomplished their goal by closing around the dead highs of the session.

The main takeaway remains the same:  If you recall, Monday’s session was that the bears failed miserably to break down 2700 or close around the low of the day. This means that the entire 2820-2700 range in the Emini S&P 500 (ES) is just a bull flag/high-level consolidation/feedback loop squeeze setup given the trend above the daily 8/20EMA alongside with price action being above our 2635/2700 key levels. Hence, Tuesday was all about the continuation to the upside targets/resistances.

Now, during Tuesday night’s temporary double-top in the 2840s, the market has shown another very good bearish setup for the intermediate picture. Wait and see whether this develops into lower highs or it morphs into a bull flag/high level consolidation again.

Tuesday closed at 2844.5 in the ES, around the dead highs of the session, which was also above the 50% Fibonacci retracement of this entire drop, 3397.5-2174. The battle lines have been drawn for both sides.

Highlights from our premarket game-plan report: 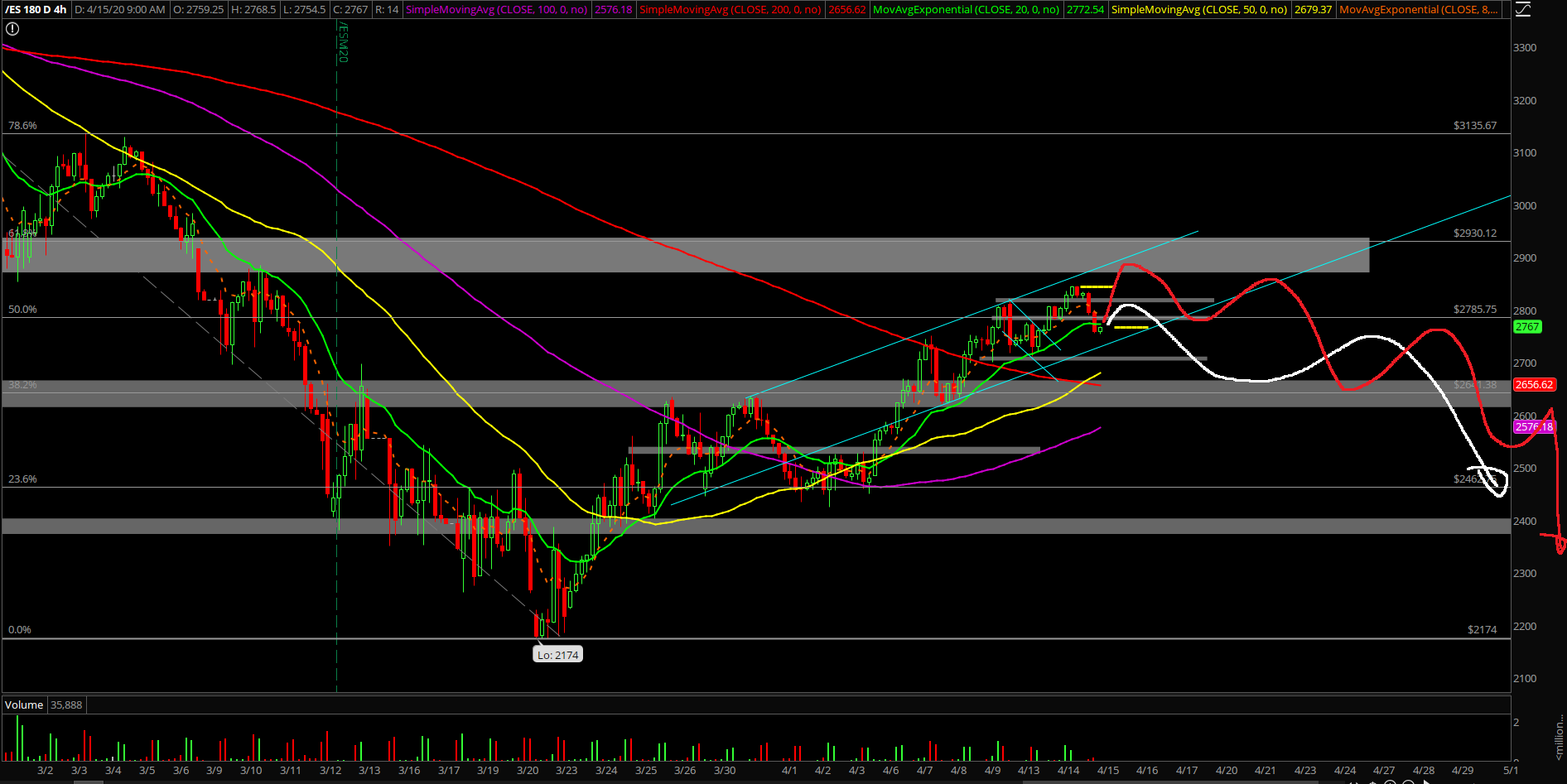 ES APRIL15_REVIEW5
Ricky Wen is an analyst at ElliottWaveTrader.net, where he writes a nightly market column and hosts the ES Trade Alerts premium subscription service.