The intraday volume does indicate we find ourselves in another vibration window (vw) timing zone this week after last week’s relative high vw.  Bayesian Probability clusters still point to the low 300s in the SPDR S&P 500 ETF (SPY), and 275-ish can’t be ruled out.

At the more micro-level, SPY needs to get below 336-340 to really get the rug pull.  Looking more intermediate-term, a vw in late-Nov/early-Dec stands out as important.

A reminder a vibration window is a moment in time that serves as resistance or support in price.

In metals, with GDX lower last week and near multi-month lows, it’s hard to have bullish interpretations.  Similar to indices, intermediate-term points to an important low potential in late Nov/early Dec.

Targets remain at 35, but 30 is looking more likely.  If GDX falls off a cliff over the next week or two, then targets near 30 could be hit sooner than later into the vw later this month. 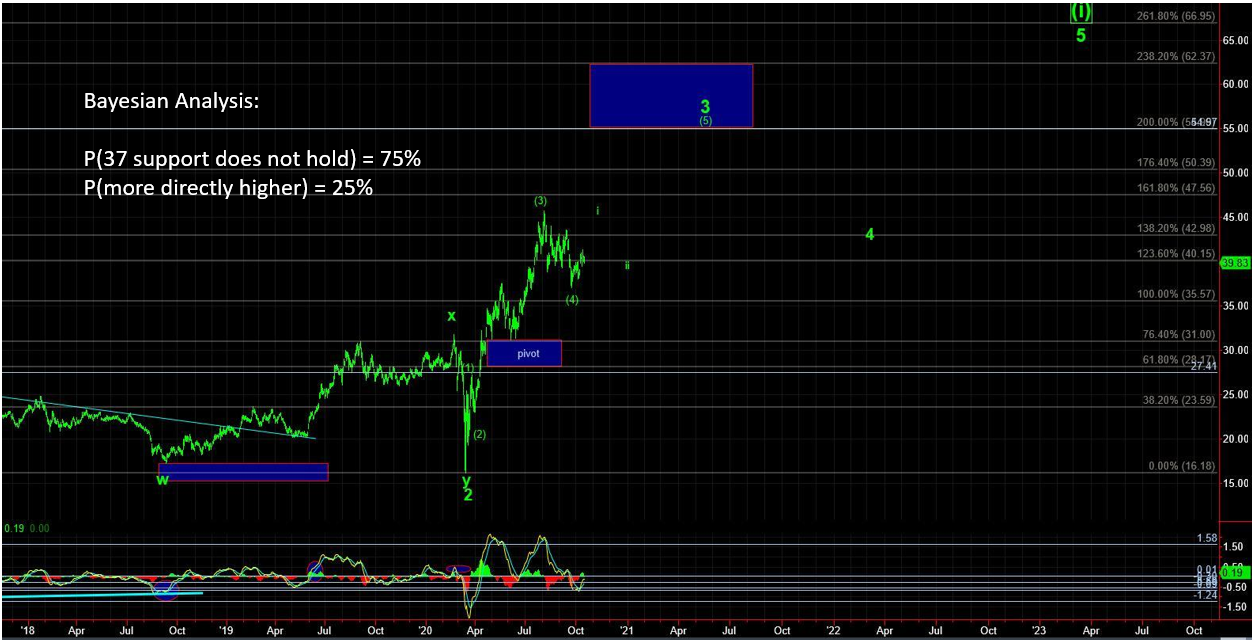 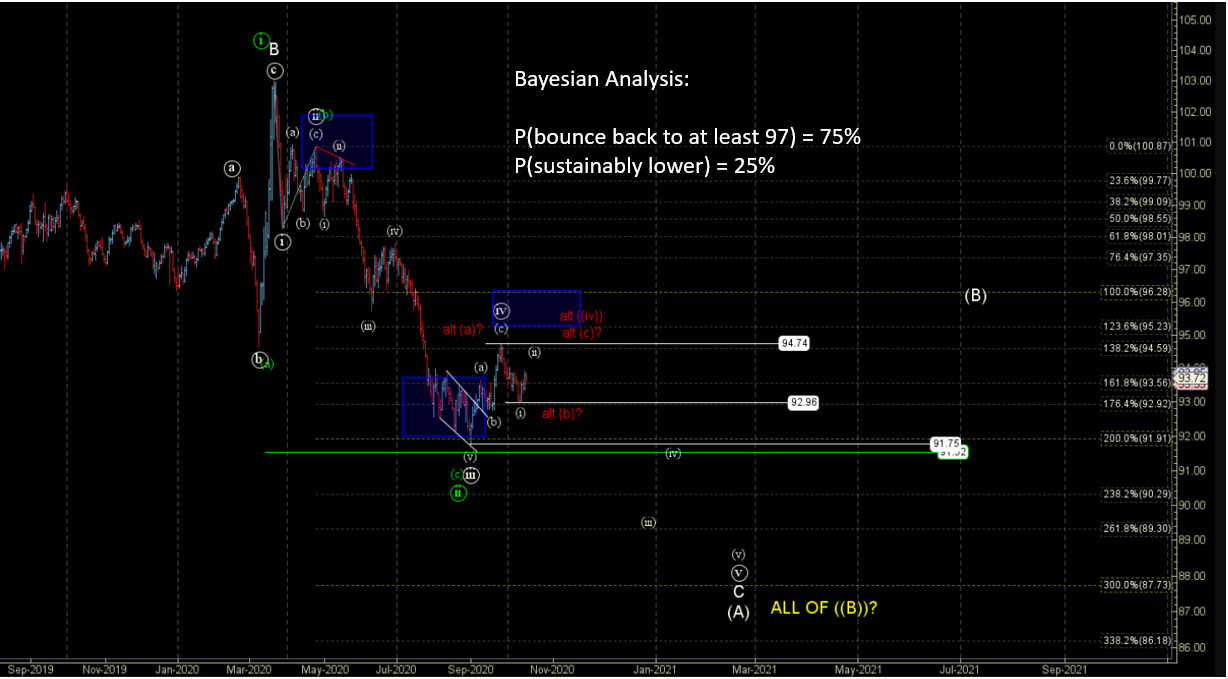