Today's mood pattern reflected the busyness of preparing for a holiday and possible travel.  MMI was up.  There was a caution to watch the level of yesterday's low should this pattern show up negatively, as it would likely be intense.  However, the market managed to stay above it and closed the day slightly higher.

Thursday's mood pattern can accompany serious or destructive events.  Hopefully this is simply reflecting normal holiday travel frustrations related to Thanksgiving in the U.S. as well as having to deal with the serious considerations of navigating the ambient Covid-19 situation.  However, it does point to an added risk of violent incidents Thursday and/or Friday.  Friday's mood reflects a continuation pattern.  Friday will continue where Thursday leaves off.  Can cool heads prevail over the next couple of days?  We'll see.

MMI for Friday open is down.  MMI for Friday is the same direction the market opens unless there is ambiguity such as futures being down but in a strong rally in the half hour prior to RTH open or vice versa which would make it a no call.  CDMS for Friday will be either a buy or No Trade depending on the MMI for Friday.

MM Trend Trader remains full on bullish.   A break below the bull / bear trend line would imply the resumption of a temporary sell-off which may or may not be sizeable, but likely short-lived.

Base case, Friday opens down, Friday MMI down

The larger market trend remains up, with a pullback that may still be in progress.  The remainder of the year, the market should continue in its topping process, getting ready for what could be a substantial pullback for early 2022. 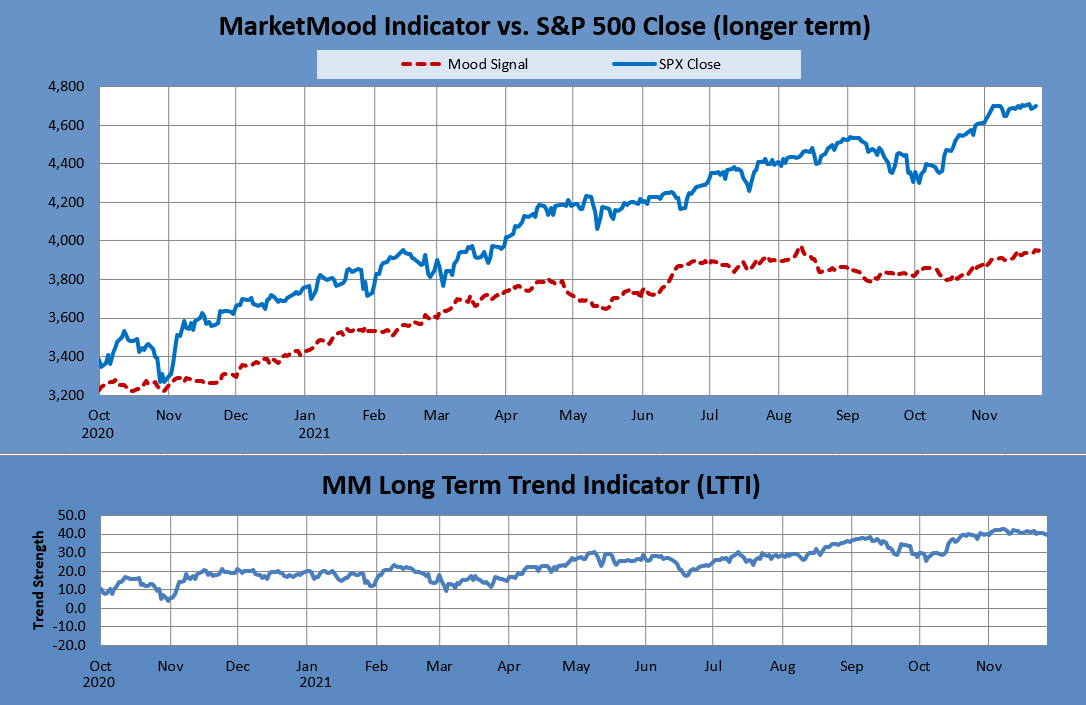