The action yesterday in the metals complex has certainly opened the door for the metals to prove they have bottomed.  But, because the GLD did not make a lower low, as I noted last week, it will have a bit more to prove than the ABX at this time.

Let’s start with the GLD.  As I noted last weekend, if the GLD is not able to make a lower low relative to March 1st, we may have another a-b-c corrective structure if we cannot strongly exceed the 128 region.  Since the bottoming structure for wave (ii) would be considered a truncated the bottom, the GLD would have to prove itself with a strong move through the 128 region for me to adopt the truncated pattern for wave (ii). Otherwise, this downside corrective move can still take several more weeks.

I have also added a smaller degree market pivot to the 8-minute GLD chart.  We will need to see the GLD move through this pivot, without breaking back below it, on its way to 131 or higher to suggest the bottom for the GLD is in place.  So, should we see a strong break out over 128 in the GLD, I would suggest placing your stops in the 126 region.  If the market has bottomed, you should no longer see us break below 126 on our way up to the 140’s.

As regarding the ABX, it seems to have developed another micro 5 wave structure off the yellow wave (ii) pullback.  That means that we should be seeing a strong break out through the 12.50 region within the next day or two if we are really in the heart of wave (iii) of iii in yellow, which will then go a long way to supporting the potential that the ABX has bottomed already.

As far as silver is concerned, it really has a sloppy pattern it has been carving out over these last few weeks.  And, until I have a solid 5 waves up towards the .618-.764 (17.40-17.70) extensions, I will still question whether silver has truly put in a bottom, or if we will see that dreaded lower low.

NOTE:  I apologize for the tardiness of this report, but the satellite internet we were using went down until this morning. 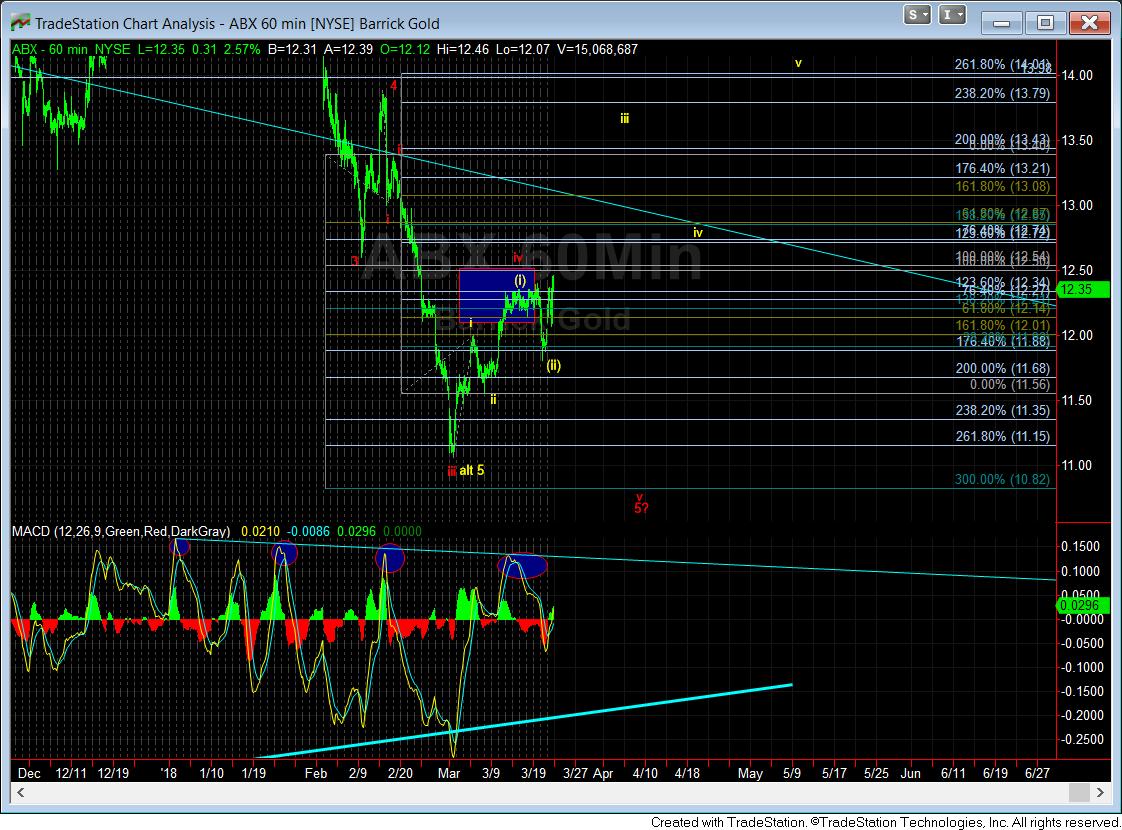