This week, the metals and miners continued higher.  And, the question with which we are now dealing is how bullish is this set up?

If I were to assume they were all in the same “general” count, I would say that the GDX and silver are completing their wave i off the lows, whereas the GLD is already in a b-wave rally in its wave ii.  This means that we may still see a bit higher in all these charts before downside is seen for a larger degree pullback.

However, there are some issues I have with viewing them as all the same.  First is silver.  As I noted in an alert this week, silver has stopped at a 1.00 extension off the lows, and I would rather it not settle in right here.  The problem is that of all the things silver could do, this is the one set up which MAY suggest a lower low, since this would constitute an a=c corrective rally off the lows, as shown in red.

If silver were VERY bullish off the low, then tomorrow I would want to see it continue higher through the 17.65 level, and on its way to the 19 region next for the top of a 3rd wave off the lows, which is only a stopping point to complete 5 waves up into the 21/22 longer term resistance region.  Yes, I know we can all dream.  But, it would seriously concern me if silver were to fall back from this high it recently struck.  While I cannot get immediately bearish if it does top here, if we see a 5 wave structure down from a top here, then I will likely have to consider a lower low in silver one last time.  But, again, I would rather see it continue through 17.65 as early as tomorrow.

As far as the GDX, this is likely the cleanest of the charts.  The top we struck today MAY have been the top for this move off the April 14th low, but as long as we stay over 22.20, I can still see the potential for one last push up to the 24.57 region.

This now brings us to the main question of how bullish this is.  In the most bullish sense, this high can be the top of wave 1 of wave iii, which means that wave 2 will not likely drop all the way back to the higher “buy box.”  And so you understand why I am classifying this as my “primary count,” allow me to explain my thinking.

If we see a corrective a-b-c- drop into the 21 region, which may be the wave 2 pullback, if we expect a deeper wave ii instead, and then the market takes off without us through the 26 region, we would have to buy the break out over 26.  However, if we bought the corrective a-b-c pullback into 21, and then the market only rallied correctively in a (b)-wave of wave ii, we can stop out of the positions we bought around 21, and then buy lower in the bigger wave ii pullback. But, you will have to be nimble.

You see, the biggest issue in a new trend is identifying where waves i and ii reside. And, once you have them in place, the rest of the pattern fills in really nicely for waves iii, iv and v.  But, with the metals, when they only provide a VERY shallow 2nd wave – which we may have here – we have to anticipate a bit more so that we do not miss the big 3rd wave rally.  So, it sometimes takes 2 entries.  I hope this explains my thinking on the matter and why I am making the i-ii, 1-2 my “primary” perspective, even though I think we may really be in wave ii once we top.

As far as the GLD, I still think it is relatively straight forward that we are in a b-wave of wave ii, which may still even go higher.

Hopefully, by this weekend’s update, we will have more information to clarify more in the silver chart. 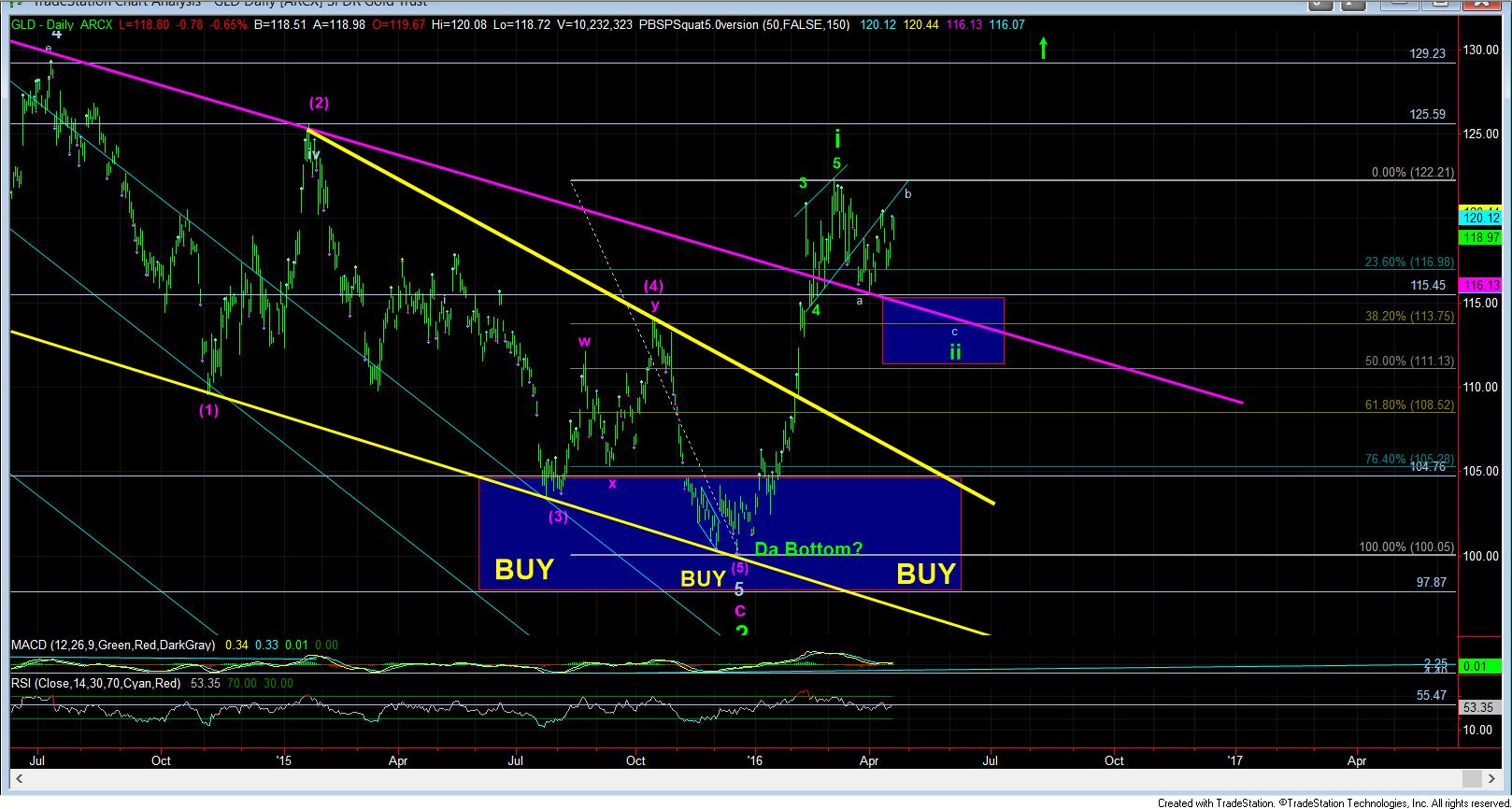 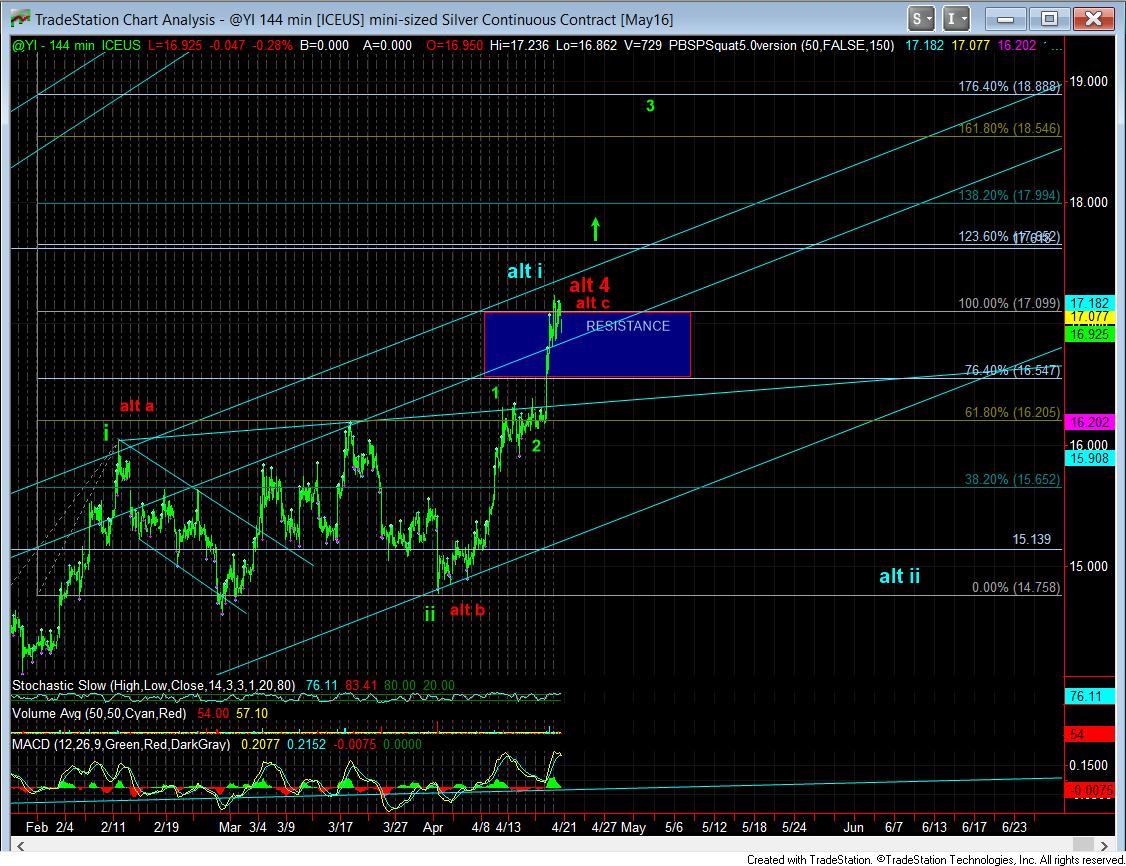