Yesterday, I provided an update on GDX which noted that it really should hold over the 18.85 level if it has an intention of developing a higher high in this 5th wave of wave I off the lows.  Today, the market slightly breached our support, but ultimately held that support level, and began a rally to the resistance I noted this morning at 19.70.

At this point in time, as long as the GDX maintains over this morning’s low, I am expecting a higher high to be seen over the next week or so.  The target region is 22-22.50 for this next wave up.

As far as GLD, as long as today’s low holds support, I think it can push up to our upper target of 125 to top out in wave I off the lows.

But, silver has still lagged its brethren.  In fact, silver still does not have a full 5 waves off its recent lows.  This keeps silver in a strong watch mode for it to drop to lower lows, and it may yet strike our lower target in the 12.75 region.  For now, it still has some potential to complete 5 up.  But, it is going to have to rally as early as tomorrow to start a strong move to a higher high, with our preferred (and recently lowered) target region for silver in the 16.30-16.60 region.  And should GDX and GLD make higher highs without silver, then it makes it highly likely that silver will see lower lows over the next several months. 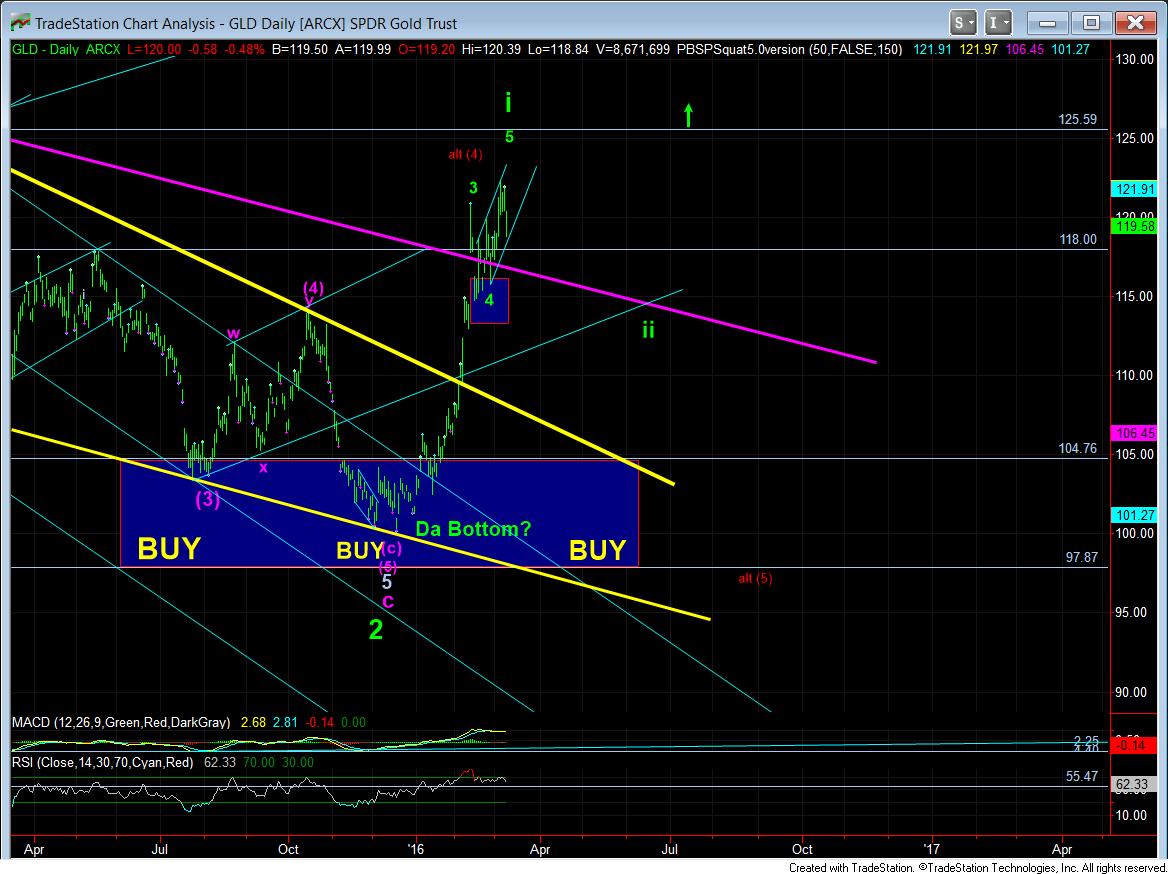