Tuesday’s session played out as a gap up and go continuation model as the bulls maintained their strength with the market retracing all the losses of last Friday. This is critical to note because it’s the same bullish consolidation into the daily 20EMA trending support and then eventually into a rotation higher.

The main takeaway remains roughly the same:  It’s been a healthy consolidation for the past few days and it looks more of the same going forward. Price action is doing its thing with stock rotations as the S&P 500 index hugs the daily 20EMA trending support combined with a confluence of key support area. The immediate V-shape recovery from ES 3740 is fairly telling that there’s an insatiable bid underneath the market so we’ll continue to monitor this for additional clues. Either way, it’s considered a bullish consolidation when above 3740 and weakness when below. As of writing, price action is revisiting the prior all time highs area and banging on the door for a breakout. No need to overcomplicate things here. Know your timeframes.

Tuesday closed at 3794 on the ES and the price action has confirmed a 100% retracement of last Friday’s losses indicating that bulls remain in full control. Rinse and repeat. 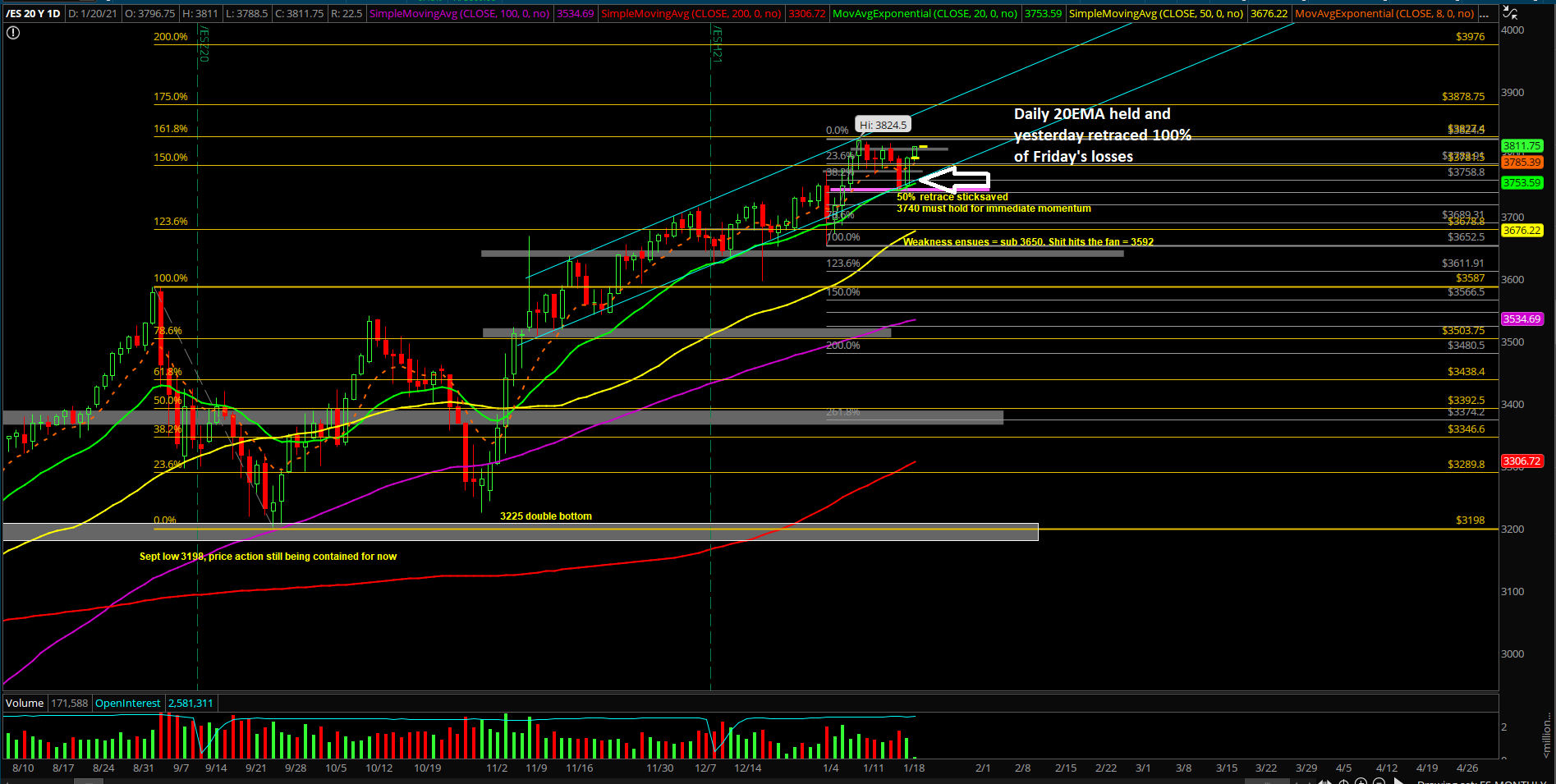 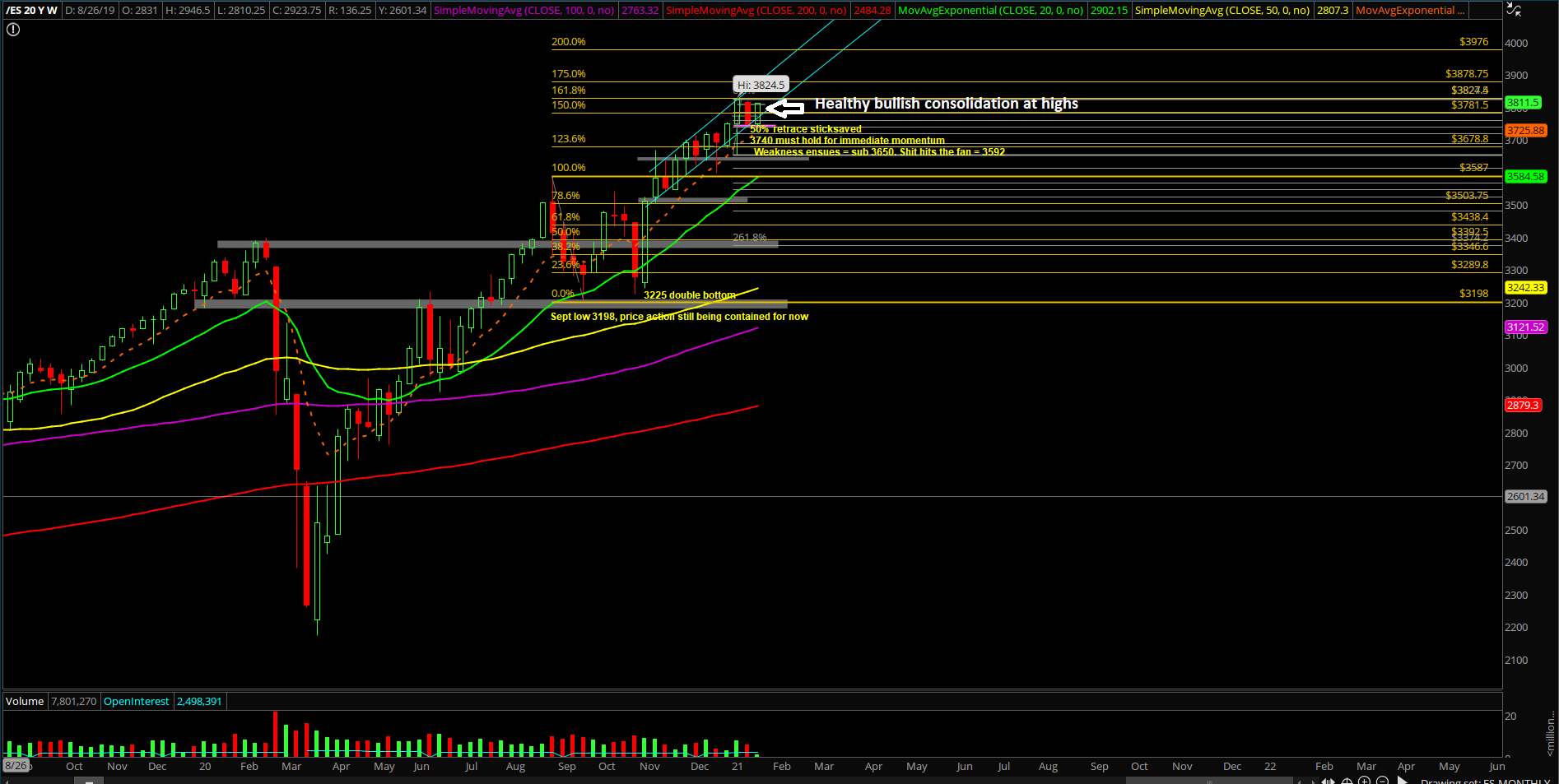 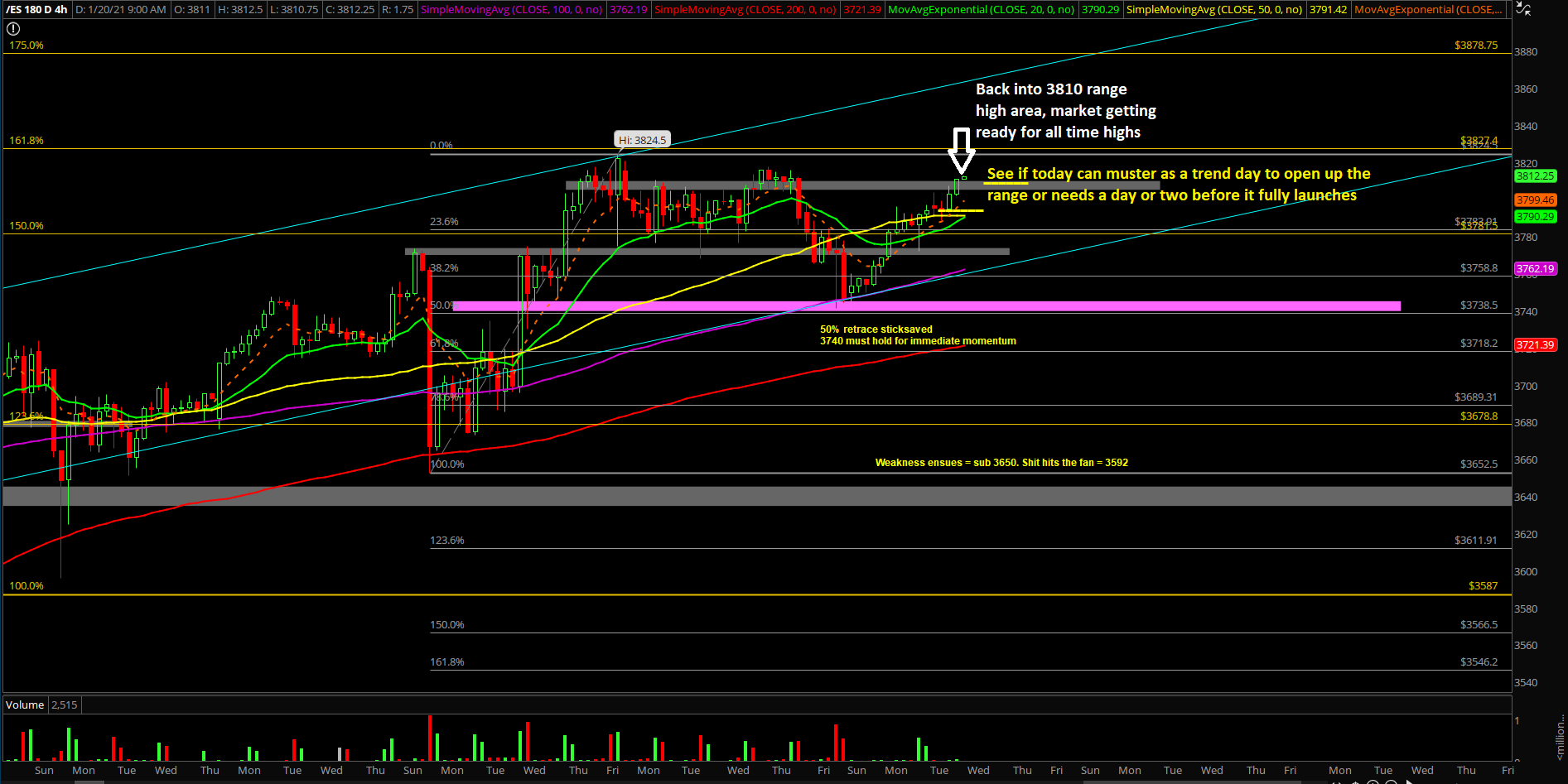 ES JAN20_REVIEW4
Ricky Wen is an analyst at ElliottWaveTrader.net, where he writes a nightly market column and hosts the ES Trade Alerts premium subscription service.