Friday saw some nice movement from the Metals and Miners. While the move off the Feb high had drifting lower than ideal for a fourth and into an ambiguous zone where it could count as a two on both GDX & GC (gold futures), it was clearly a corrective abc retrace completing. There was some risk of one more low being seen in the 19.50 region for GDX and the 1250 region for GC but the move up yesterday was through some initial resistance and strong enough that this should certainly be the start to the next swing.

While we do not yet know if the next move is going to be the start of a third or just the fifth wave of the Leading Diagonals we have been tracking off the late 2018 lows. We do know that even if starting a third in GDX it is likely the third of a larger LD and thus will also be an abc move. Since a fifth of the LD would also be an abc move and while FAR less likely even an orange b wave bounce in something more bearish would also be an abc move. This means that in almost any count we should see an abc move take GDX at least toward the 23s. Then provided it holds another corrective fade a c wave up to 24/25+ and then fade again. This overlap between counts yields very high probability that the 21 region will hold as support while we make our way higher in June.

My preference in gold is that it is starting the fifth of the LD toward 1380, but GDXJ on the other hand faded much more so it counts best as the 1-2 of a larger LD for (1) of Primary wave 3. 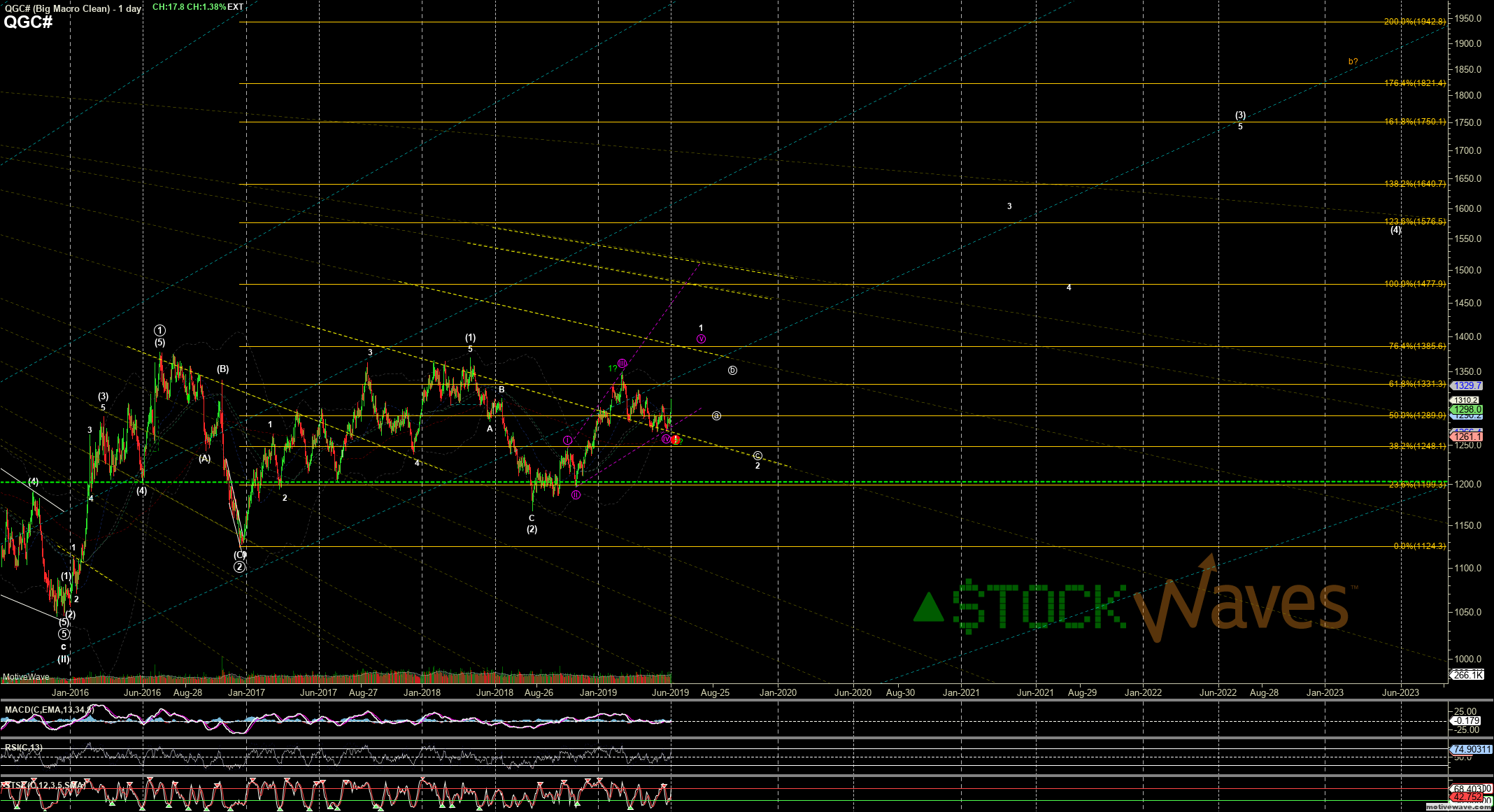 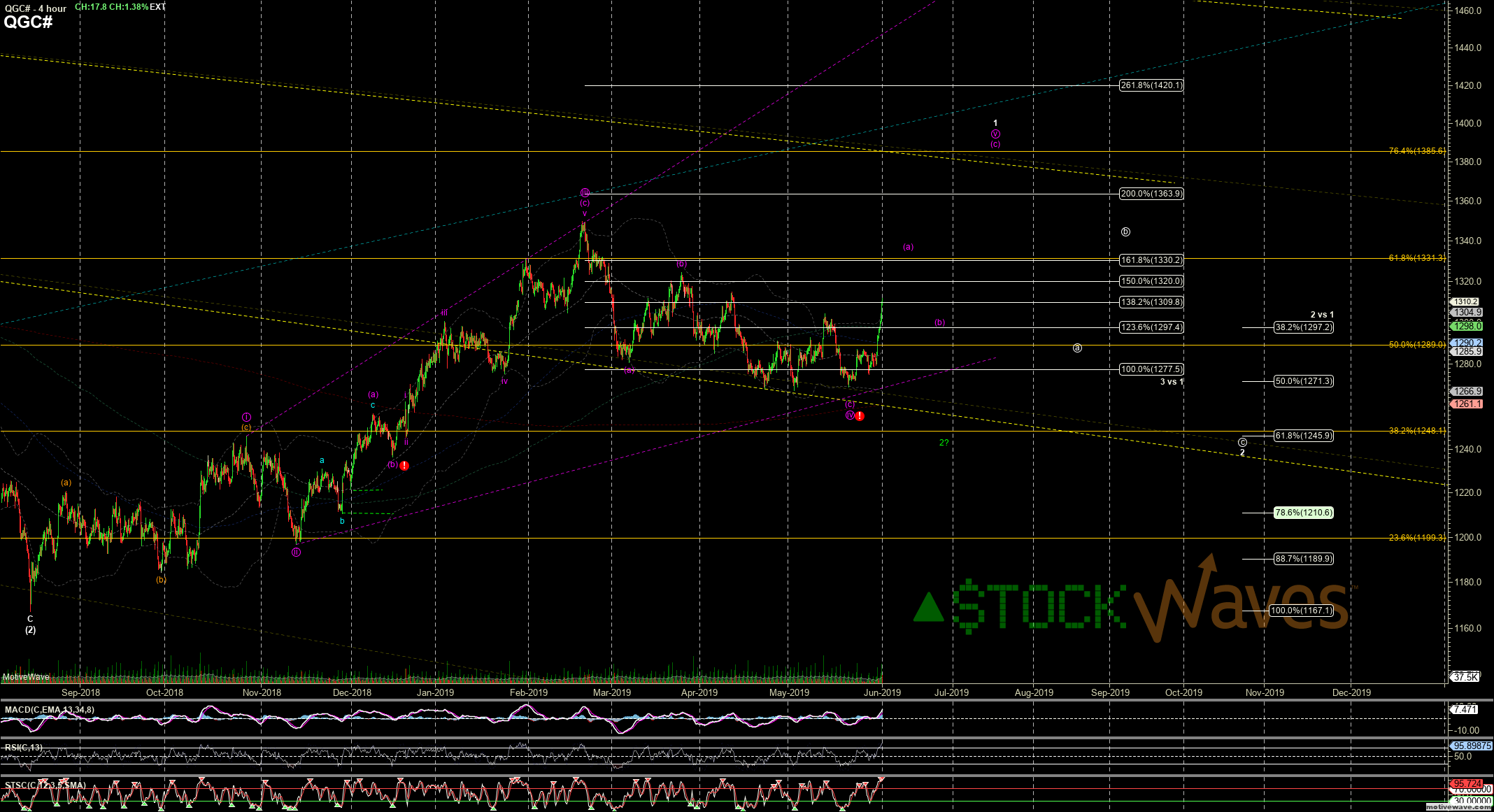