The Emini S&P (ES) closed at 3932.75 yesterday, just a few point below the 3935 resistance from the past few days.  There’s potential that the Sunday night low of 3885 could be this week’s low if the ongoing higher lows setup plays out accordingly.

For reference, the trending daily 20EMA along with last week’s 3875 low are stabilizing this bull train as price action is building out the higher lows/higher highs pattern.

At this point, 3900 and 3885 are key support levels derived from yesterday's and Sunday night's lows.

We’re focusing on BTFD opportunities, as the bull train should be gearing towards 3976/4000 again.

On a weekly timeframe, we’re still treating the second week of March’s low of 3796 as must hold.

On a monthly timeframe, we're treating March’s low as in from the 3720 sticksave (trending weekly 20EMA + confluence of support). 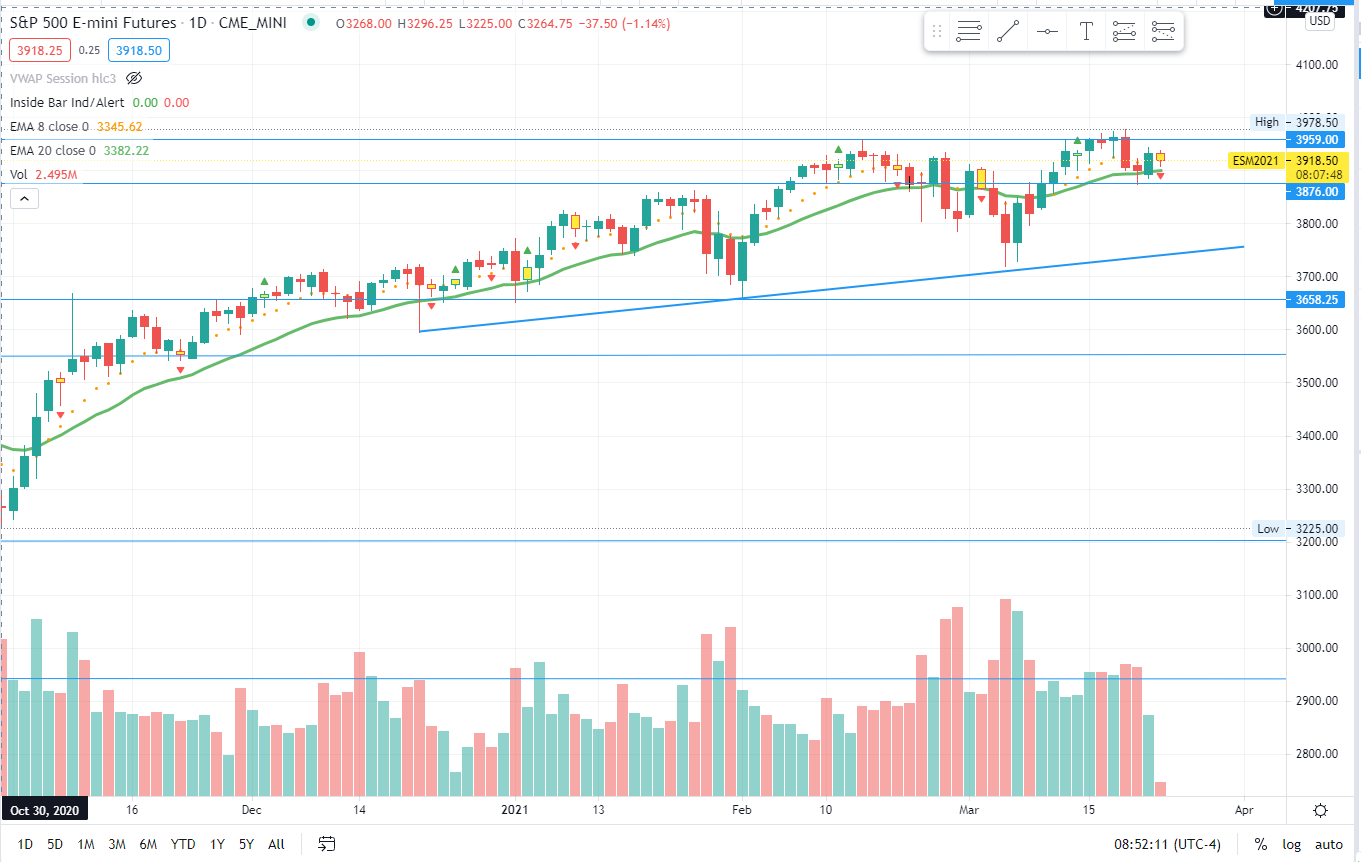 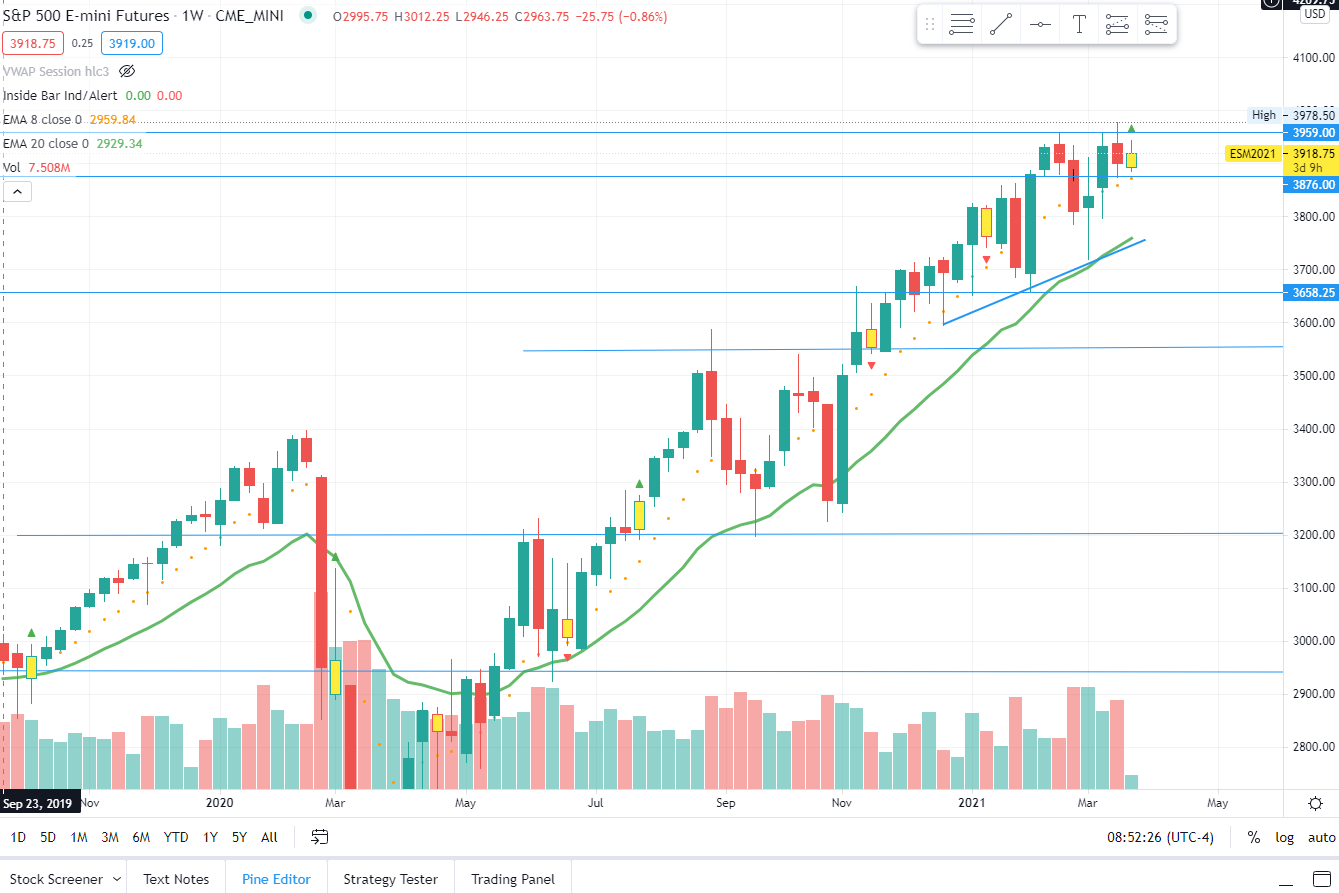 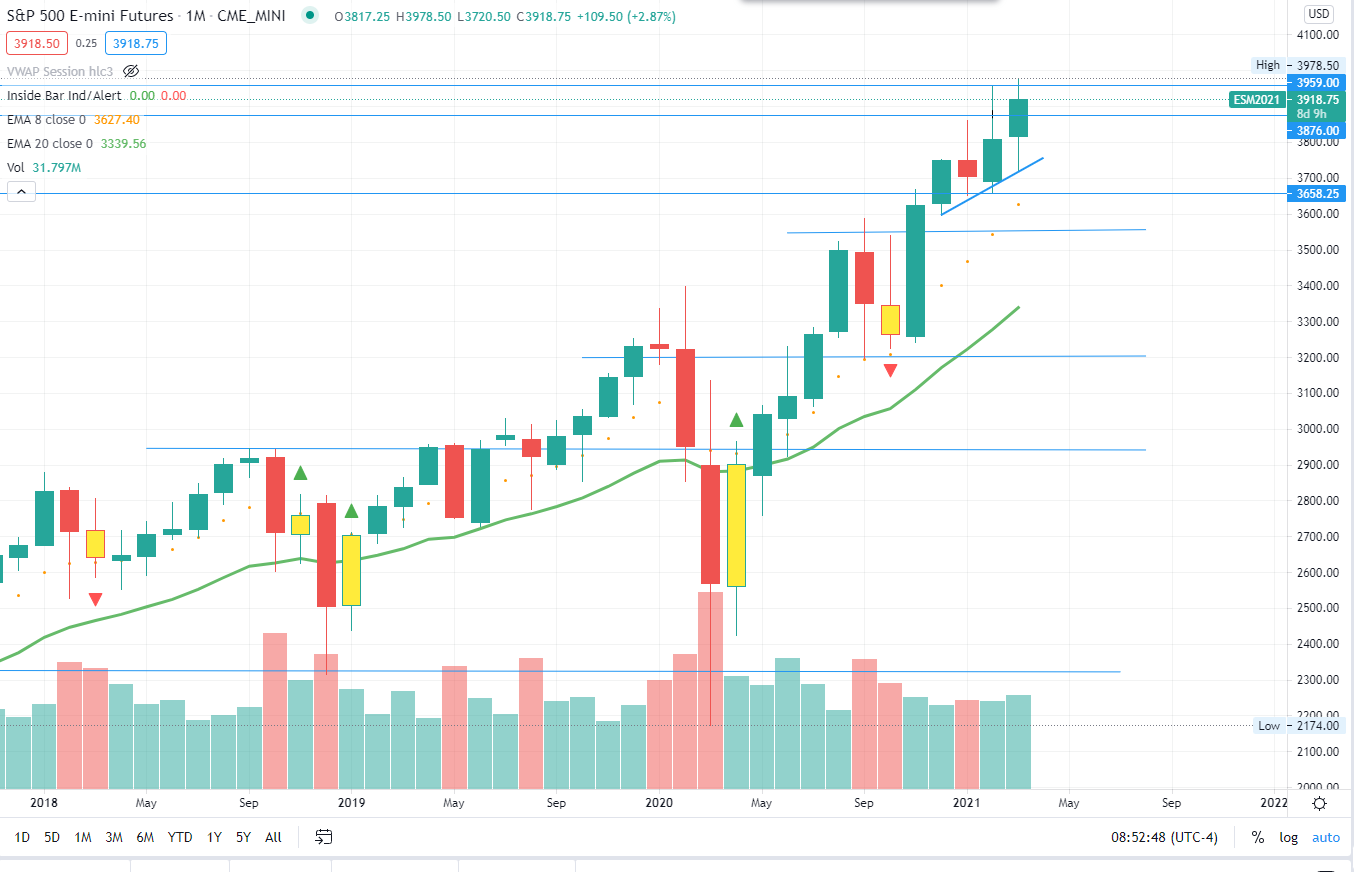 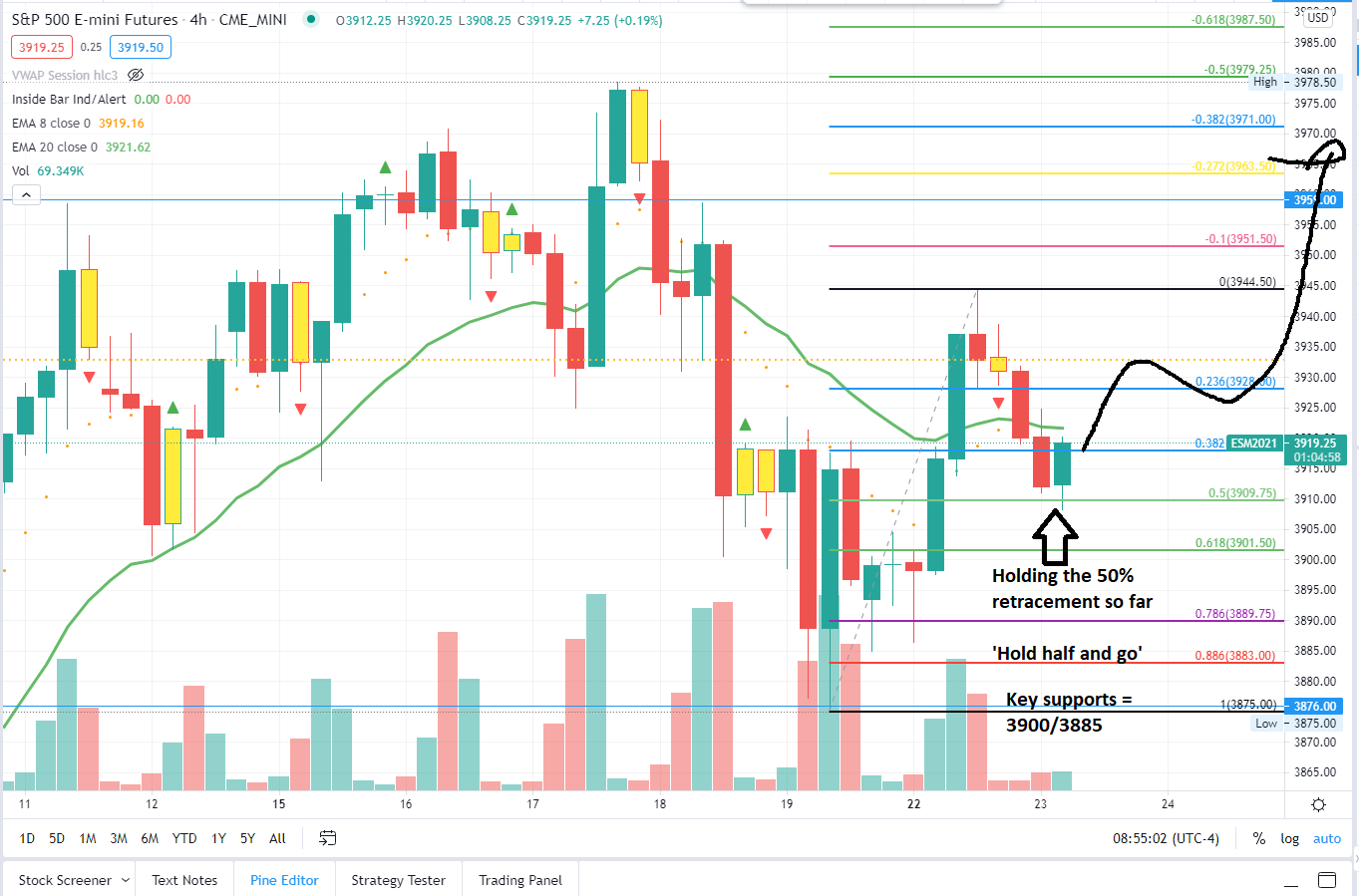 ES MARCH23_REVIEW4
Ricky Wen is an analyst at ElliottWaveTrader.net, where he writes a nightly market column and hosts the ES Trade Alerts premium subscription service.