With the GLD break out over resistance, I wanted to send out a Market Update, even though I am out this week.

Today, I sent out the following alerts, which summarizes my perspective on all three charts:

I have been struggling with the iii, iv and v in the GDX, but I think this now makes the most sense.

Silver is now at the resistance region I noted over the weekend.  I would rather not see it move through this region of the upper Bollinger Band and the 50dma so that I can maintain this as a wave iv count.  Through it, and I have to consider alternatives, but nothing is still suggestive that the final bottom has been struck 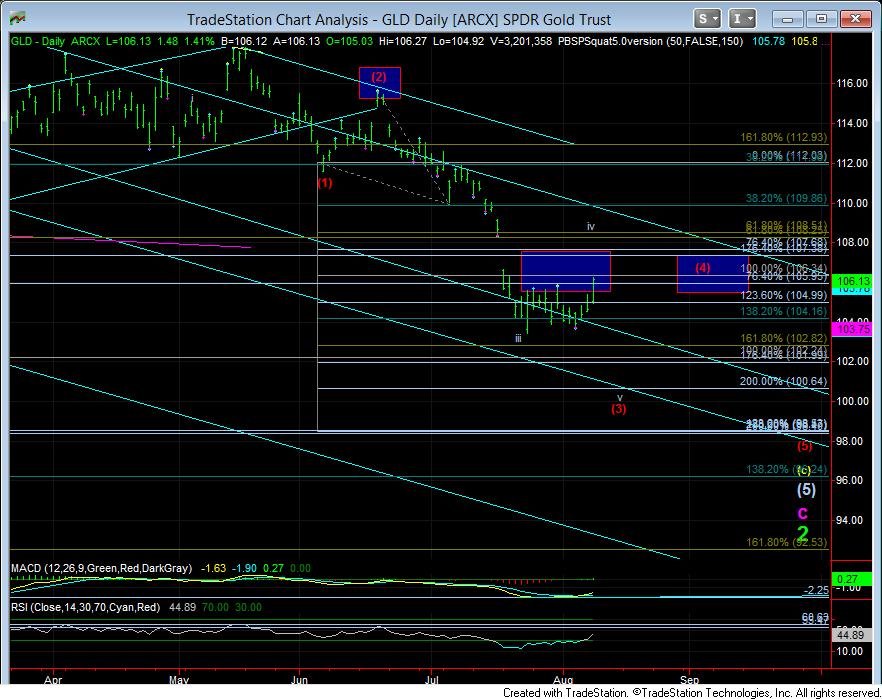 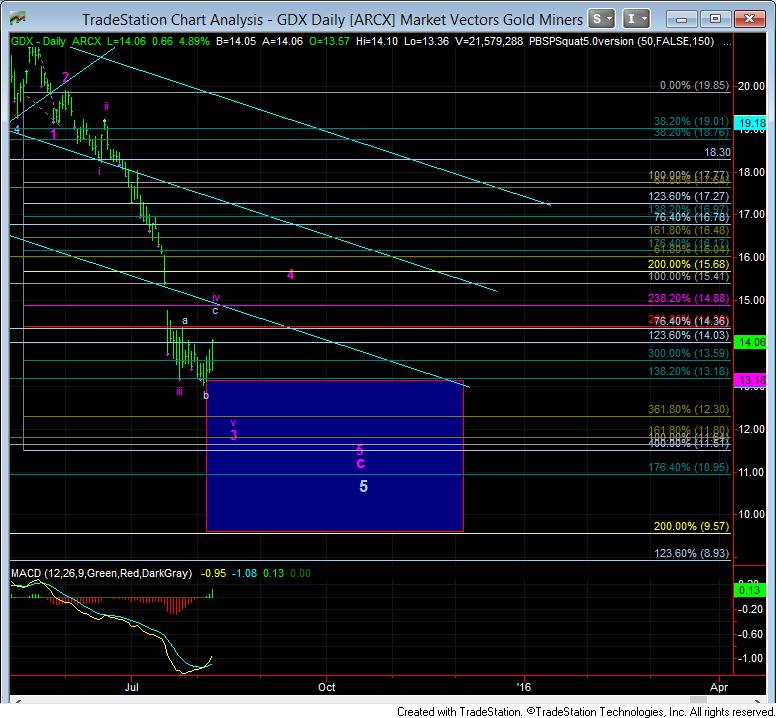 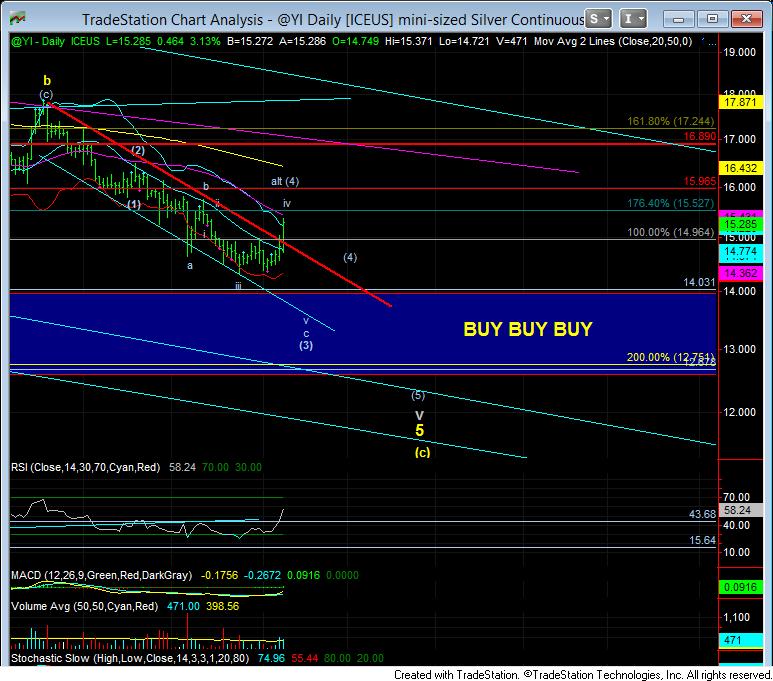 silver daily
Zac Mannes is a senior analyst at ElliottWaveTrader.net and co-host of the site's Stock Waves service, which provides wave alerts and trade set-ups on individual stocks.