The current move up in GDX is portending one of two things.  Either we are about to see a wave (3) down, after a (1)(2), i-ii set up, which will be beyond devastating for the mining stocks, or we are going to get an invalidation of this pattern with a bigger wave 4 - the yellow count.

For now, I believe you have to look at it bearishly, due to the danger this set up represents, and should we see another 5 wave structure to the downside, followed by a 3 wave corrective move . . . ie . . wave 1-2 in wave iii of (3), you will need to add to your hedges if you are long, as this type of decline structure would take GDX to the 10-12 region, with the possibility of seeing single digits.

So, I will be watching closely to see if we get the next break down cue, which would clearly be a break below the 17 region.

Also, the other "possibility" I will watch is if this entire 5th wave down turns into an ending diagonal.  So, the next decline below 17 will be very telling as to how it occurs.  But, I must say that an ending diagonal for a 5th wave down in metals and miners would be VERY fitting and explain a lot of the action we are seeing.  It also would set up an exceptionally strong rally in the opposite direction.  Stay tuned!! 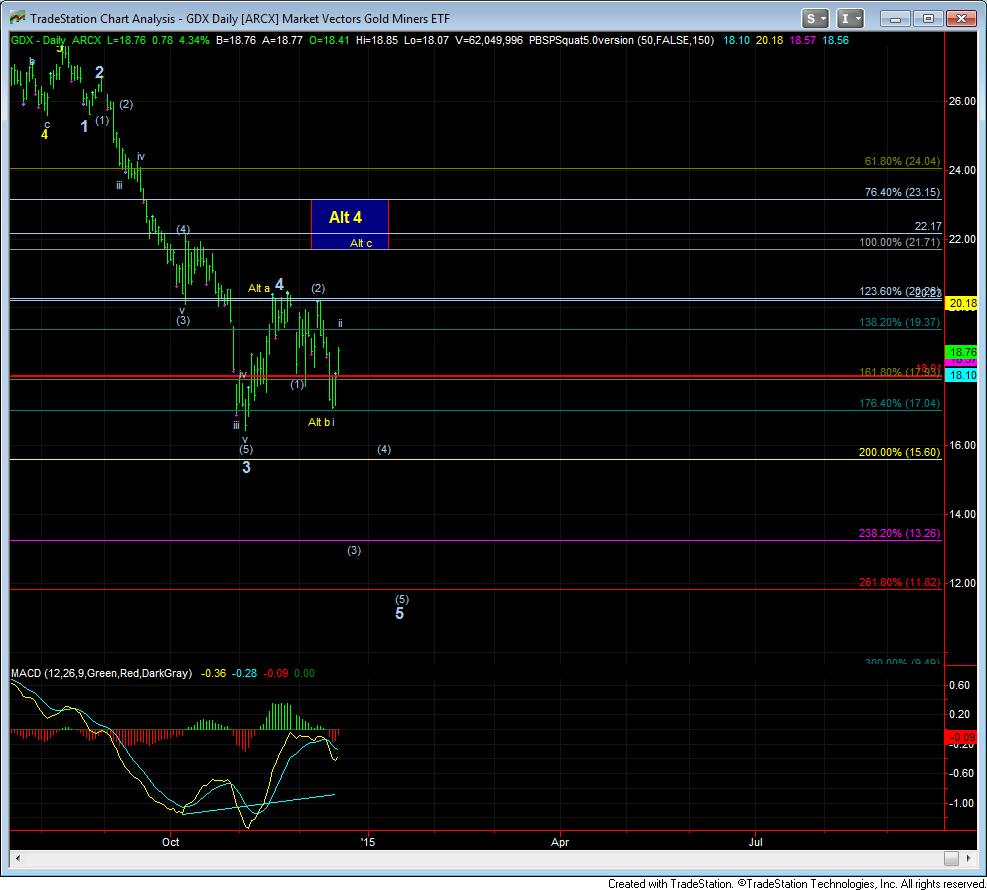