Monday’s session was just a very tight range day as majority of the regular trading hours was spent within 8 points just consolidating. If you recall from Thursday’s report, the bears are the ones that are on the timer as they had to showcase strength in order to confirm that last week’s high 2737.75 in the S&P 500 was a temporary top by closing below 2675 instead of the pattern morphing into another bull flag.

The main takeaway from this session is that the bears have thus far failed this feat as it’s just been a bull flag consolidation pattern as we noted. As of writing, the bears cannot maintain below 2715 at all times so it’s deemed to high of a retracement and we’re just treating this as a high level consolidation/another bull flagging pattern. Bears failed so it’s time for bulls to shine again for a feedback loop squeeze setup. Seems like its déjà vu all over again just like January’s price action pattern; grind, shallow pullback, consolidate, eventually breakout higher.

Daily closed at 2707.75 and the overall triangle/bull flag is quite clear from the past few days. Zooming in, the overnight action broke out of the earlier intraday smaller bull flag/triangle so it’s just a bunch of flags within the range.

As discussed in the ES trading room today, we also have to be aware of the potential of an inside week within the inside month context. For reference, last week’s range was 2737.75 – 2680.75 so there’s a very clear resistance ahead for bulls to conquer in order to open up the overall range with a decisive feedback loop squeeze. Note: bulls need a move above approximately 2740 to open up the next major at 2795-2800.

Heading into Tuesday and the rest of the week, we maintain our immediate bullish stance only when price action maintains above 2700 given what had occurred today and last Friday. If you recall, the bulls "stick-saved" on Friday vs. key trending 2675 support with the 2680.75 low and has morphed into the bull flag range today as discussed many times now.

When one side fails a key setup, then it’s time for the other side to slaughter them given the context. Obviously, bears are considered endangered species right now, it is what it is. They need price action back below 2700 to confirm first sign of strength returning.

For bears that are looking/waiting for the February mean reversion trade as we’ve been hinting even before the 2700~ target had been fulfilled, you'll need price action to close below 2675 on an EOD daily candle basis. If you recall, 2675 represents the low of the Thursday Jan 31st breakout. By breaking below that it would at least confirm that short-term momentum has somewhat returned to the bears and it’s a legit fight instead of just doing the standard higher highs grind, bull flag/consolidate with shallow pullback, then make a higher high. Rinse and repeat like the past 6+ weeks. (In essence, the 2737.75 high of last week could still be a temporary top that gets confirmed if bears close back below 2675.)

Clear and concise version for this month:

In simplest terms, we are aware that February will likely be another inside month based on the current odds (surprise, surprise!). We’re going to capture the range and pocket the points because it’s a freaking huge range. The current odds indicate that bulls are unlikely to break above 2814 (December high) and bears unable to break below 2438 for February, so let’s play it smart given the huge range and in an efficient manner by focusing the morning spikes and setups. 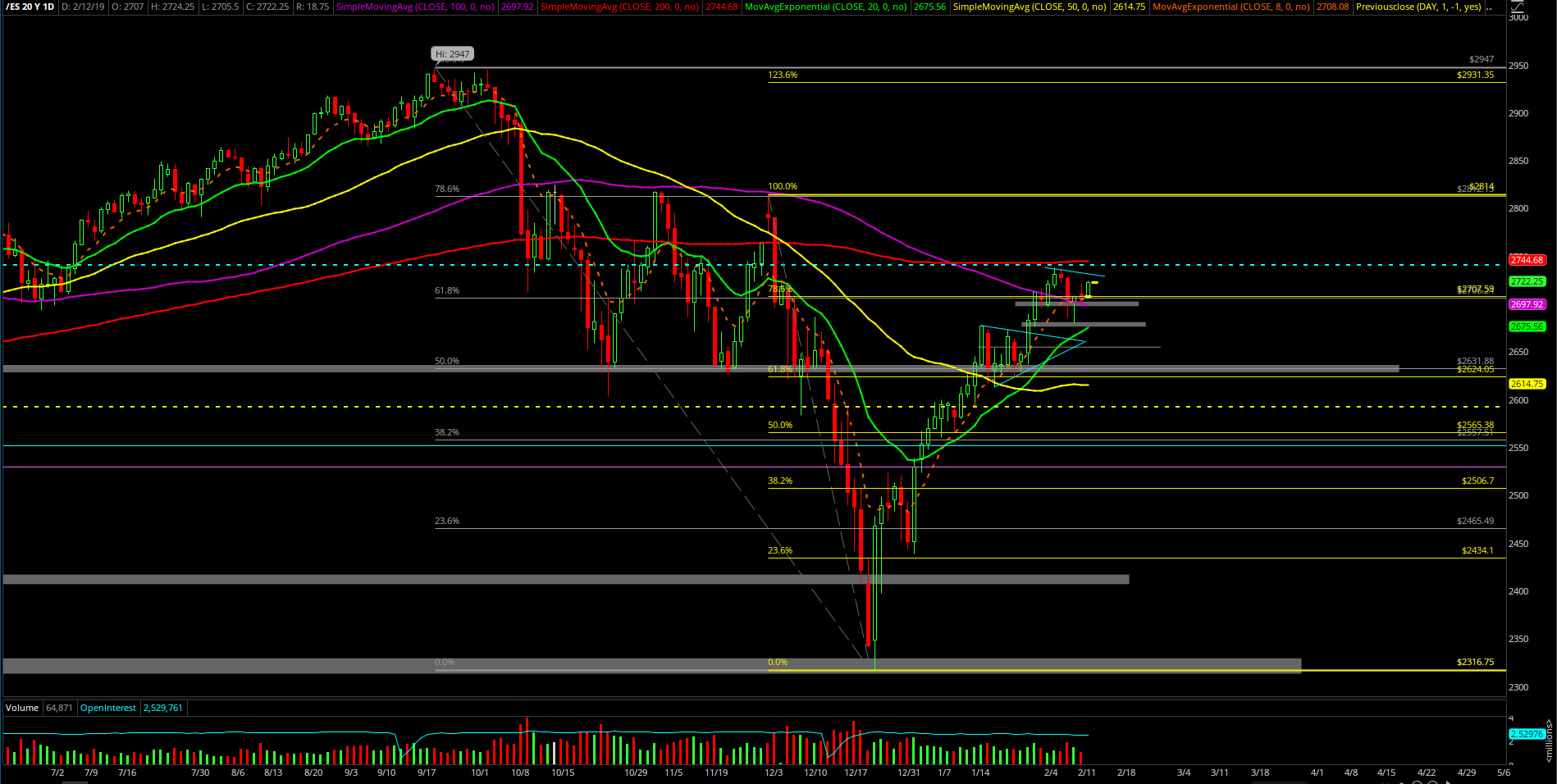 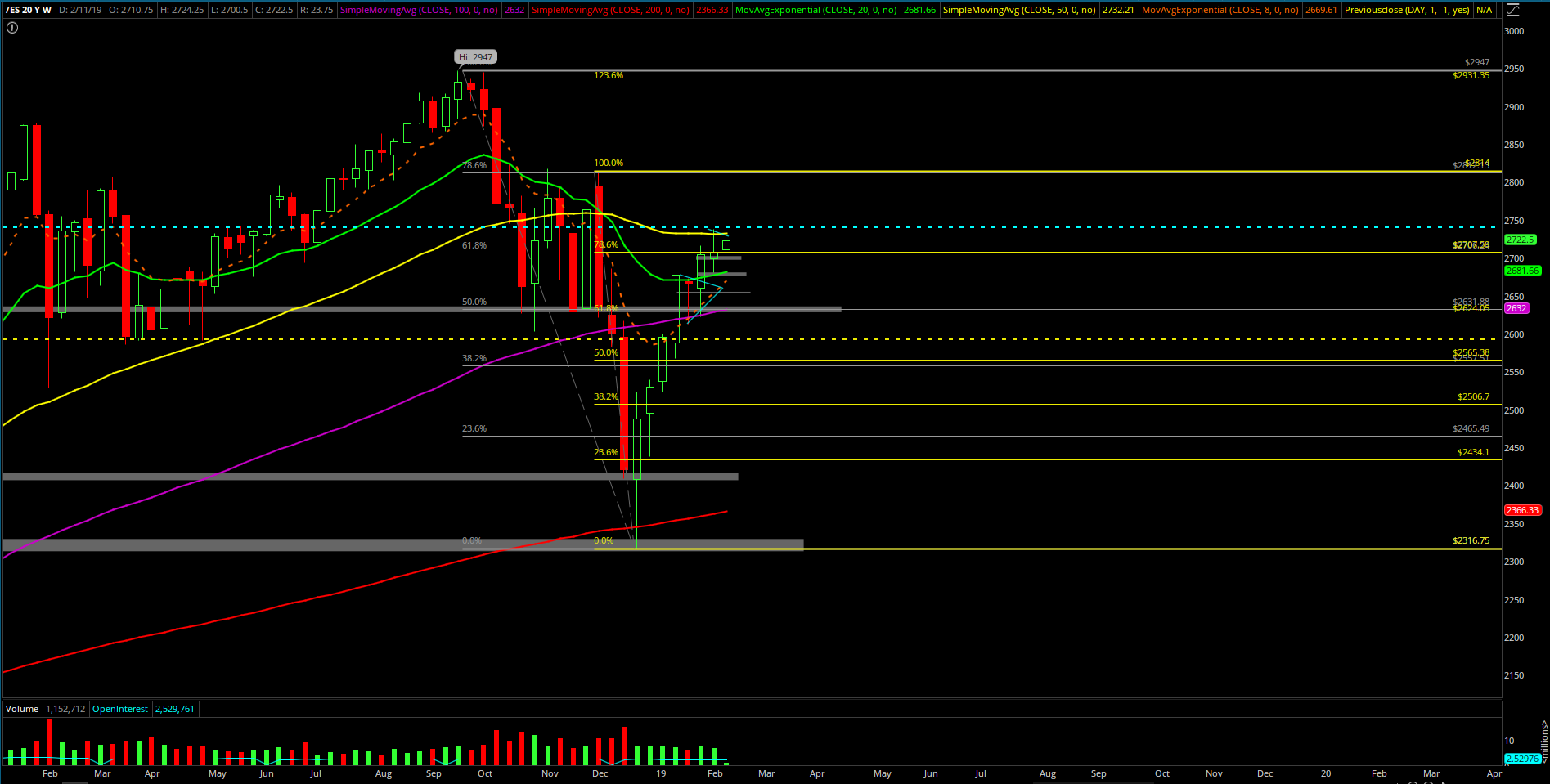 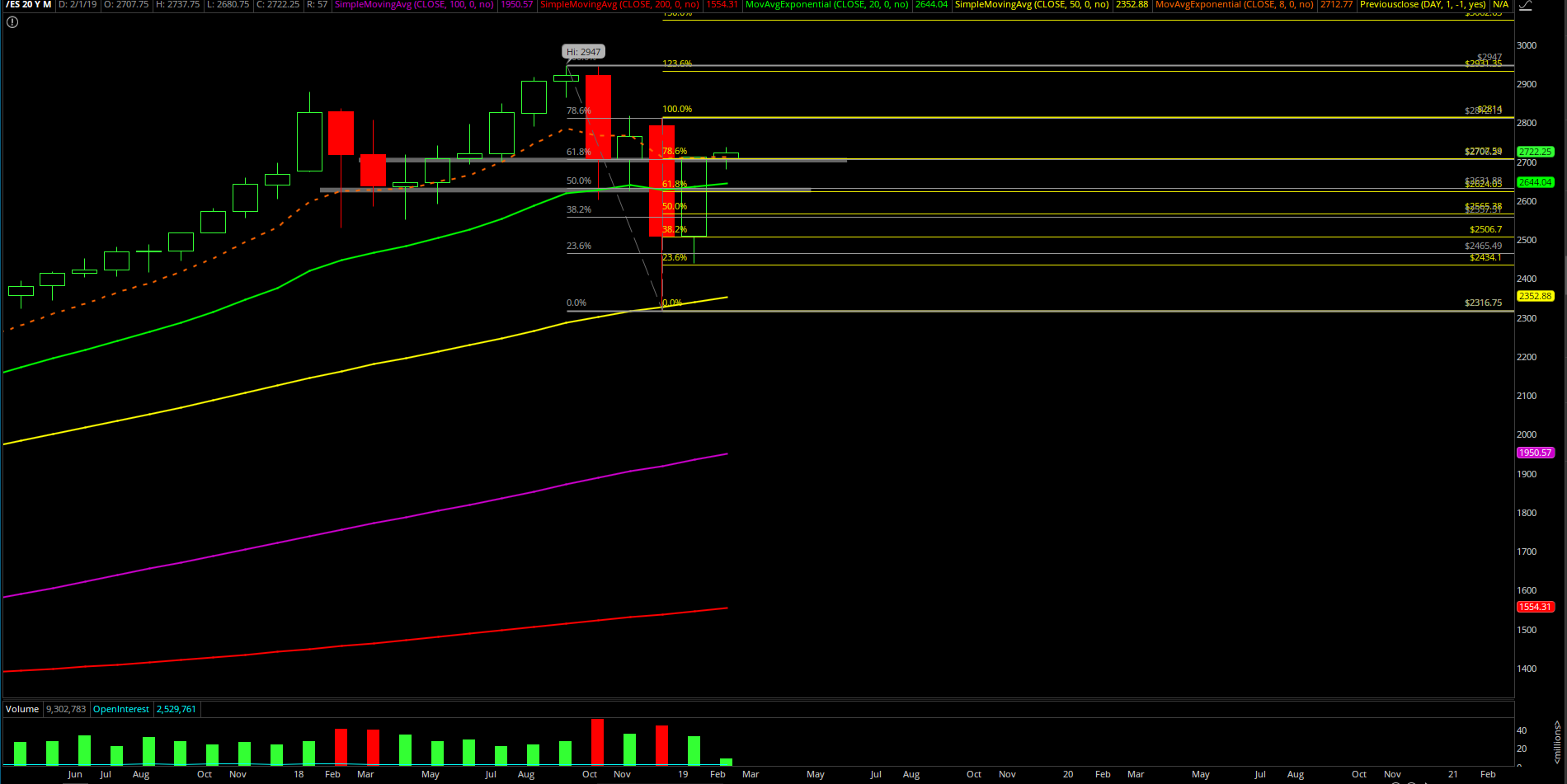 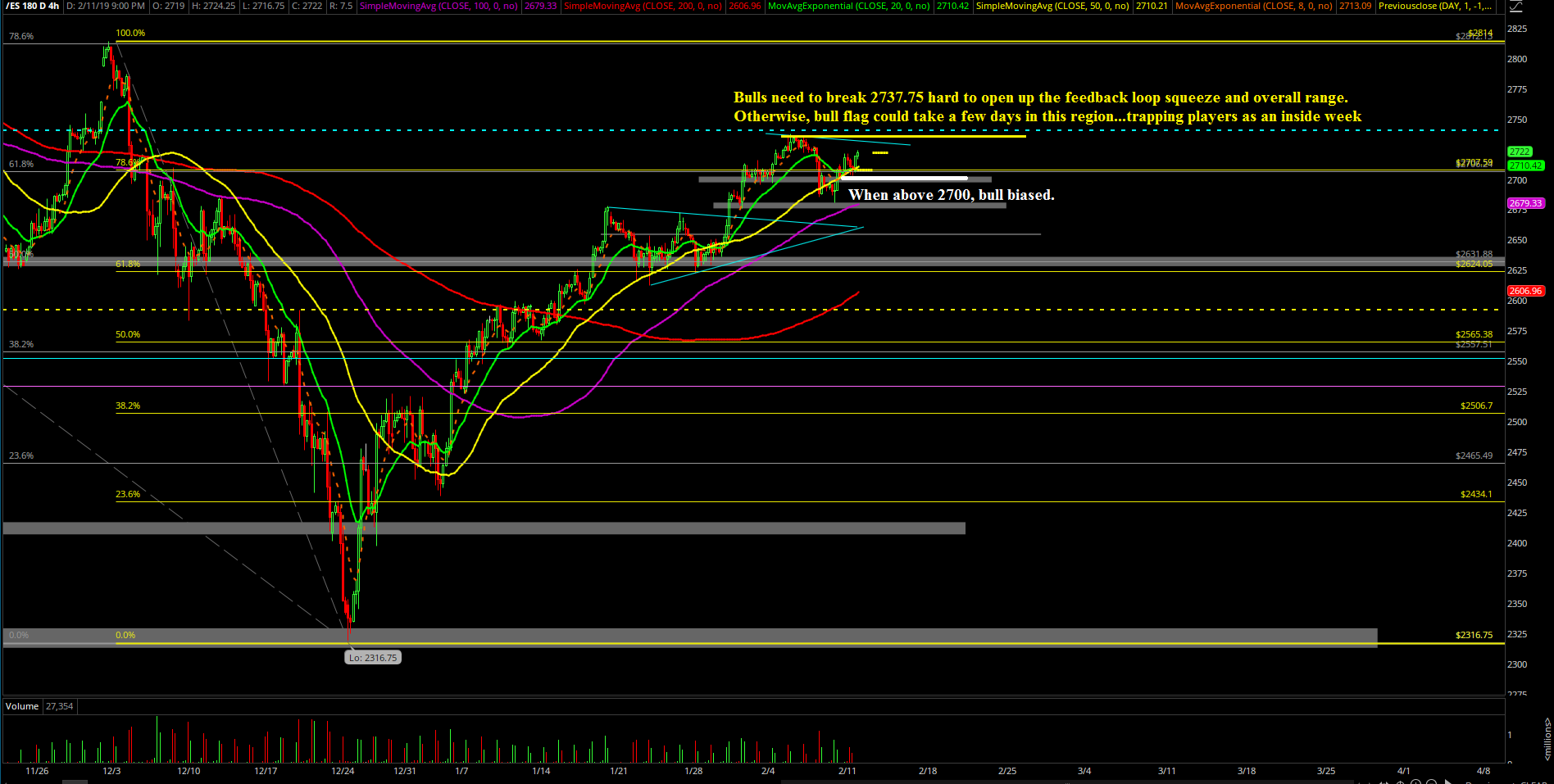 es feb11review4
Ricky Wen is an analyst at ElliottWaveTrader.net, where he writes a nightly market column and hosts the ES Trade Alerts premium subscription service.