Regardless, our Bayesian Timing System (BTS) still believes the path lower will begin in April and most likely a top is seen before the end of next week (most likely this week if we didn’t already see it on 4/1).

In metals, as expected, a strong reversal from the 23.50-ish level in the Gold Miners ETF (GDX) kicked in high gear on 3/28 and from here the BTS is expecting choppy to down action for another week or two.  Hang in there, though, as the GDX could rally to 25-27 by this summer.

In oil, after the US Oil Fund (USO) bounced between 12.15 and 12.50s, the bulls finally won the battle and pushed up towards 13-ish.  Looks more like a last gasp than the beginning of something larger.

In the dollar, the Invesco DB US Dollar Index Bullish Fund (UUP) met resistance in the 25.90-26.10 range, as the BTS expected.  And the move stopped nearly exactly at the support level of 25.55.  As such, UUP continues in its sloppy range. 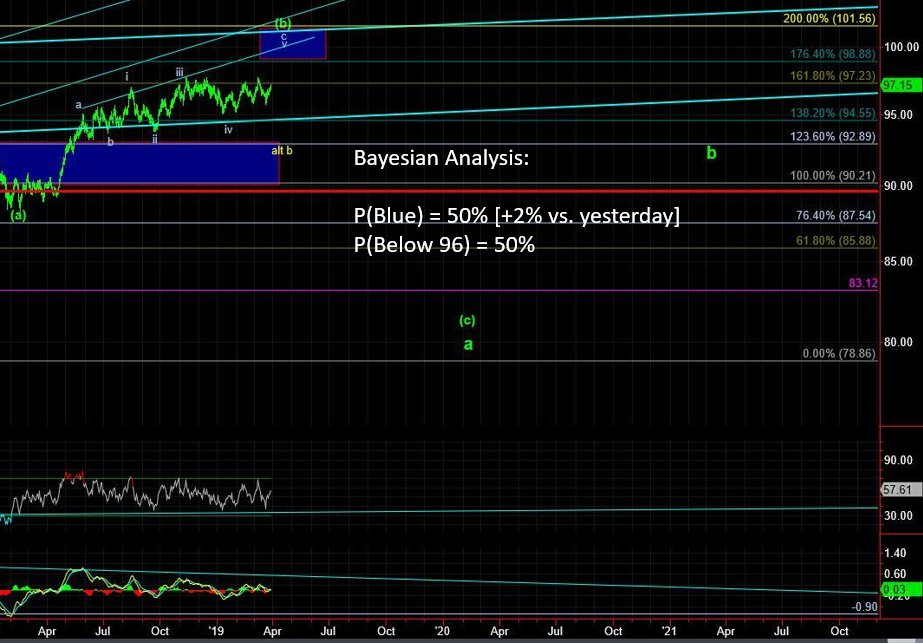