The first week of January played out mostly according to expectations as the only surprise was on Monday. If you recall, price action dropped from the 3773 new all-time high on the Emini S&P 500 (ES) into a low of 3652.50, and the rest of the week was spent grinding out higher lows and higher highs into another new all time highs. Our scenario 1 was discussed in real-time during Monday’s backtest into significant support as we expected price action to hold versus the support confluence area of daily 20EMA+December breakout backtest. The rest is history as price action played out as a methodical V-shape recovery into new all-time highs for the rest of the week.

The main takeaway remains the roughly the same. Price action has demonstrated that it is following our expectations (Scenario 1 from Monday), where it’s just a bottoming setup versus the daily 20EMA + support confluence area. Bulls confirmed momentum on Friday with a new all-time high closing print on ES WEEKLY chart. All short-term targets have been fulfilled and now price action is likely doing a healthy consolidation/rotation game as we begin this new week.

Friday closed at 3822 on the ES as price action wrapped up at the multi-week uptrend channel resistance. We’re expecting some healthy digestion/consolidation for today and maybe extend into tomorrow dependent on how the backtest structure goes vs 3770s-3780s support. Adapt accordingly. 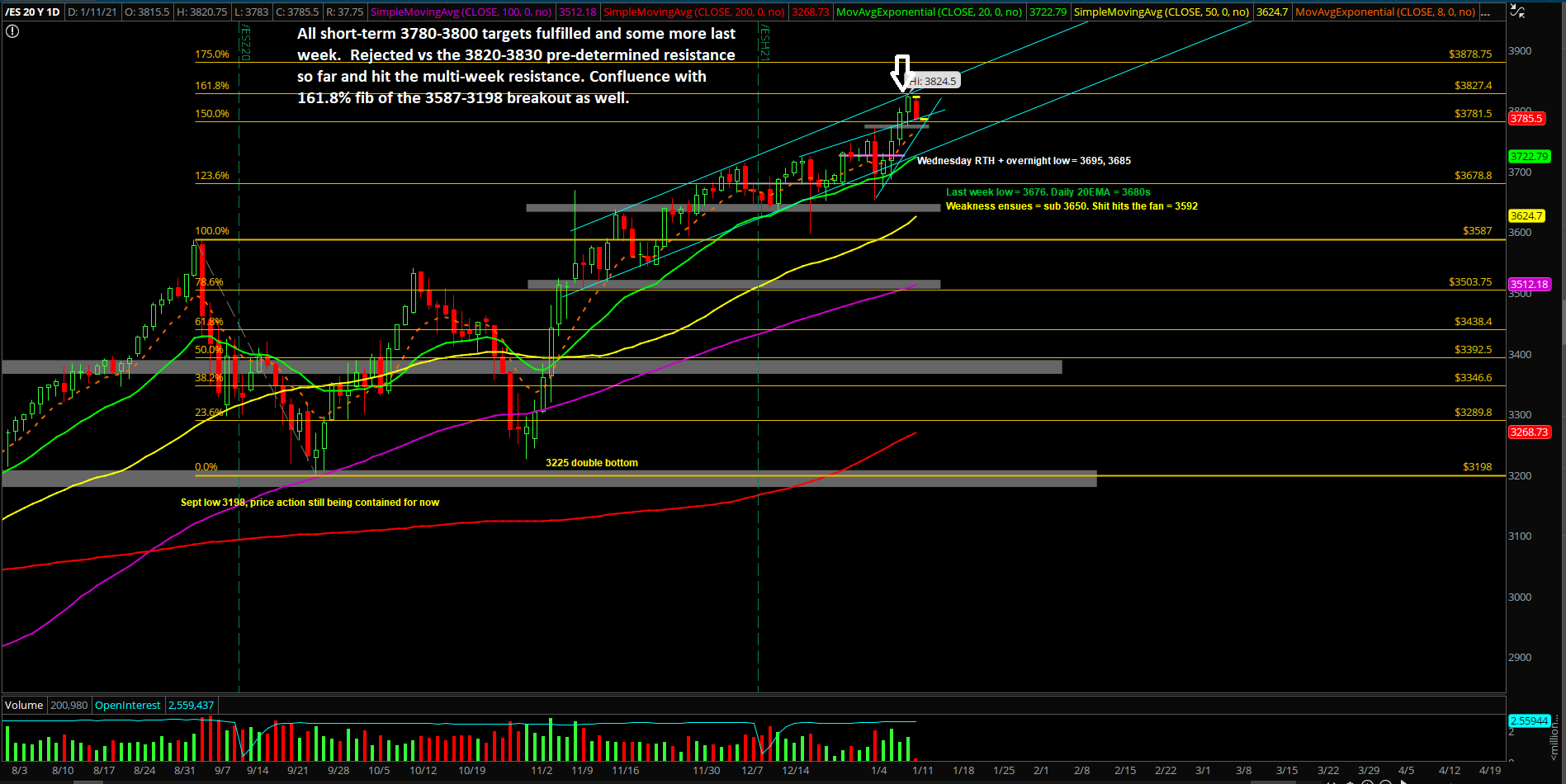 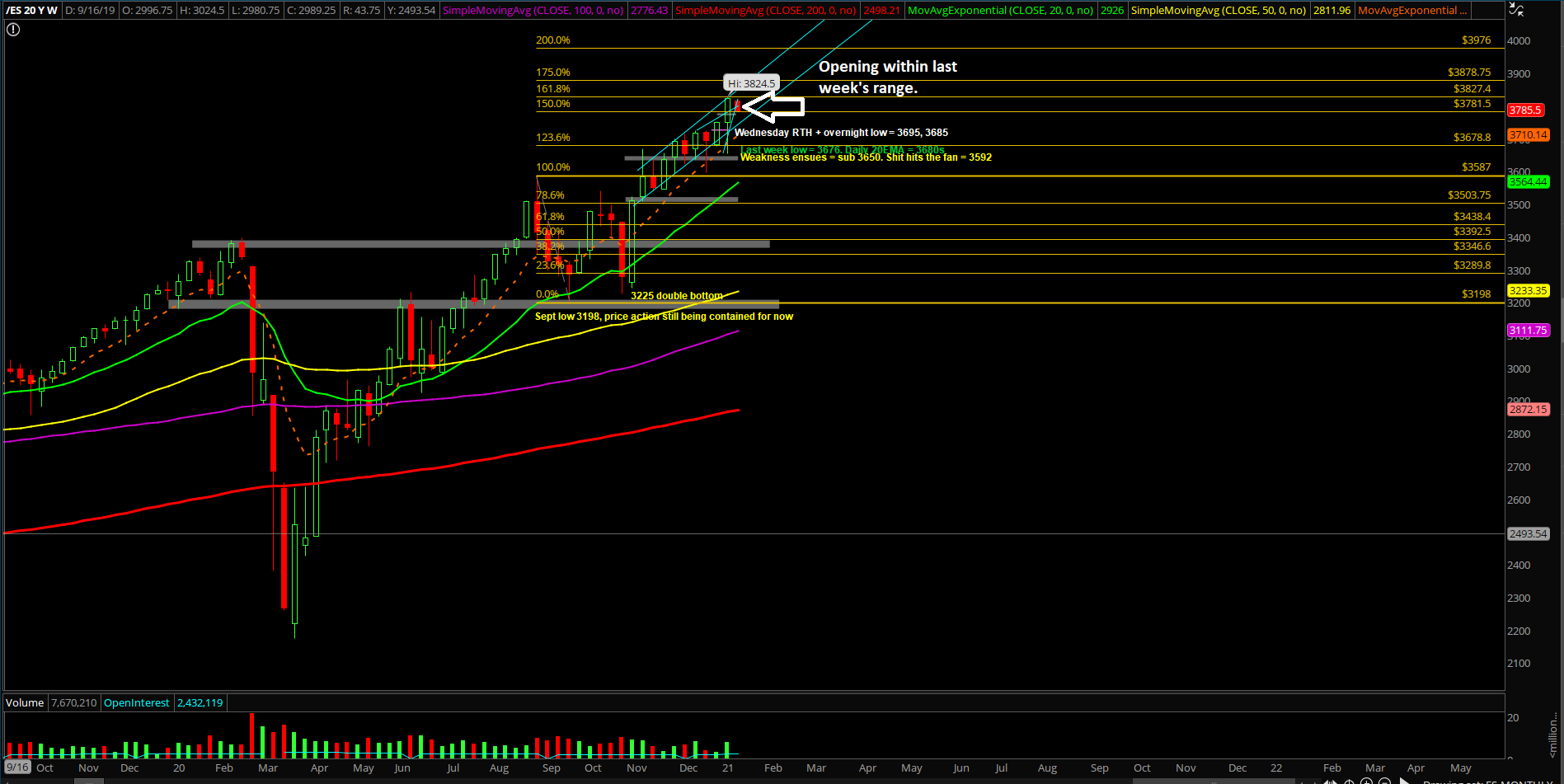 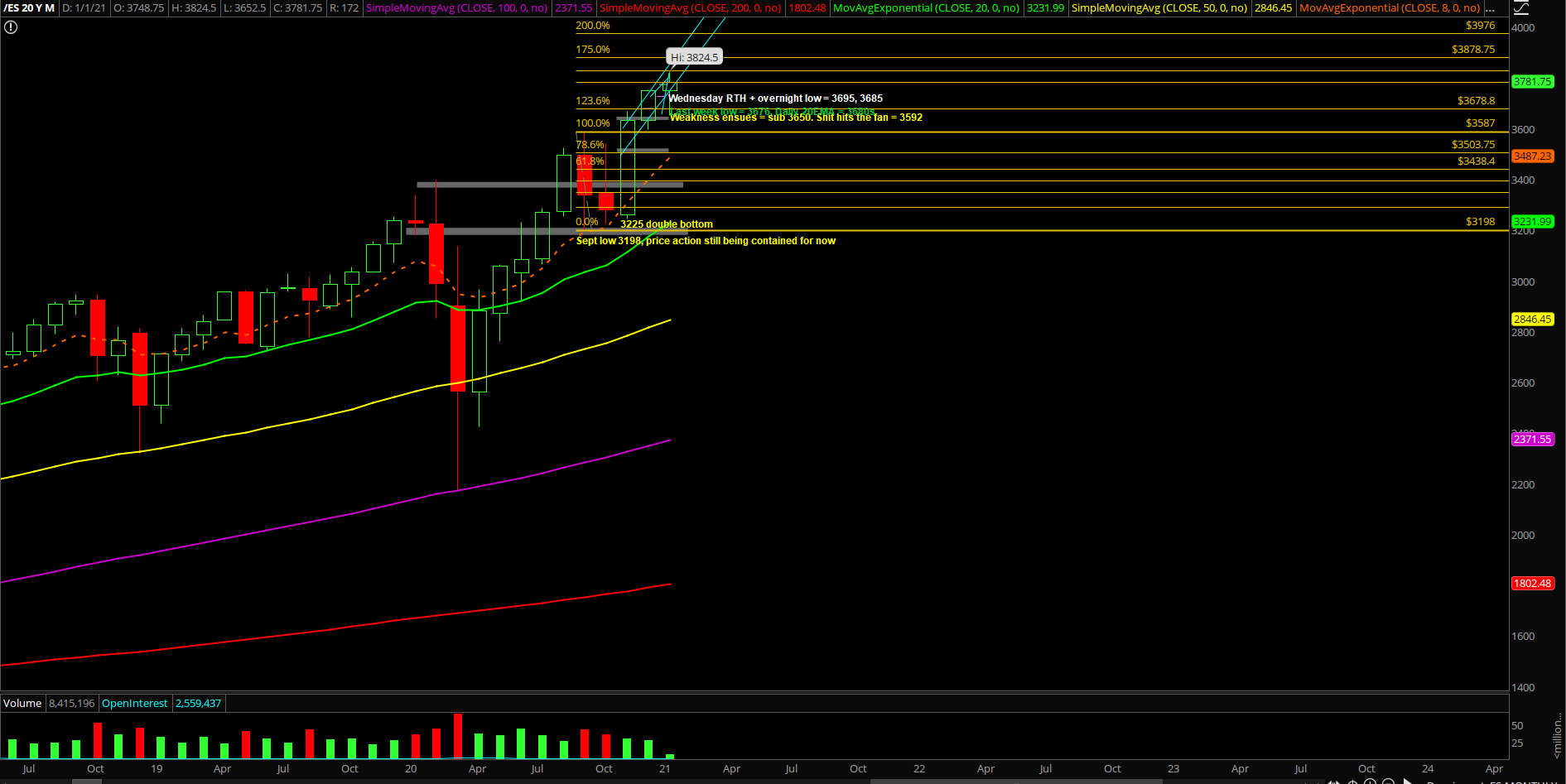 ES JAN11_REVIEW5
Ricky Wen is an analyst at ElliottWaveTrader.net, where he writes a nightly market column and hosts the ES Trade Alerts premium subscription service.