Monday played out as a rangebound session that overshot into the resistance levels by a little as it reclaimed the 3225/3235 pivots on the Emini S&P 500 (ES) and then eventually gunned for the 78.6% retracement around 3250. Basically, it was just an inside day within Friday’s large range session that traded between 3263.5-3206.75.  In other words, the "shakefest" is continuing.

The main takeaway from this session is that the bears/mythical creatures were not able to confirm things by closing below daily 20EMA 3200~ and that it is allowing the existing bull train another chance to play this out as another high-level consolidation structure due to the nature of the formation. We still think there’s more downside pressure and potential than upside at the moment, but things could change rather quickly if price action proves us as dead wrong.

Monday closed at 3242.5 on the ES as price action held the daily 20EMA for another day alongside being an inside day within Friday’s unsustainable bottom wick candle. Again, this week in general will be all about whether the ES closes above or below daily 20EMA to prove that it’s time for mean reversion for the bears/mythical creatures or the existing bull train continues like clockwork.

Here's a section from our premarket ES game-plan report: 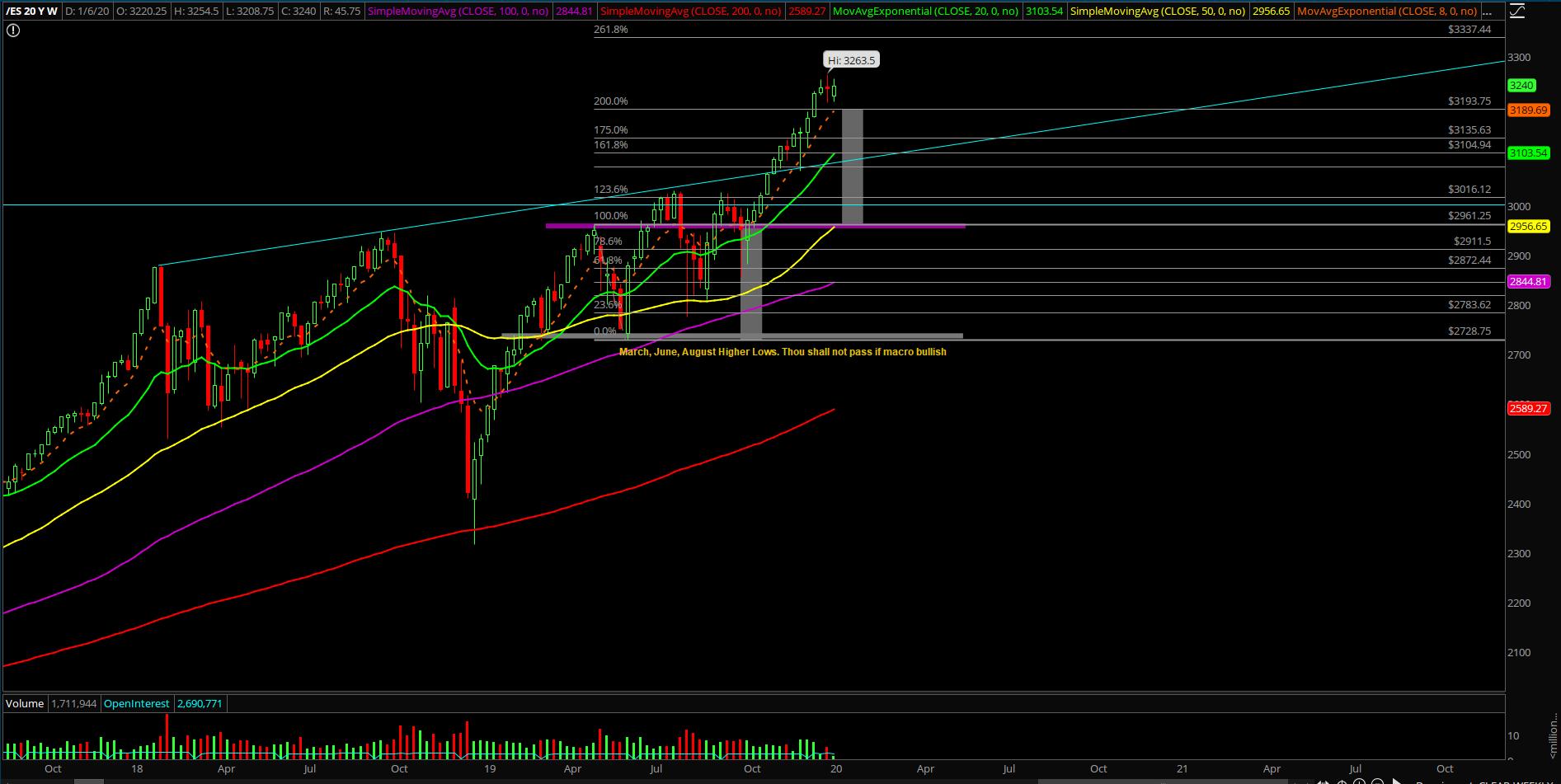 ES JAN7REVIEW5_PRO
Ricky Wen is an analyst at ElliottWaveTrader.net, where he writes a nightly market column and hosts the ES Trade Alerts premium subscription service.