-McDonald's leads the group and is completing a topping pattern.

-P/S & P/E ratios on MCD look more like a tech company at these lofty levels.

We have been following McDonald's (MCD) very closely since the March 2018 lows, but have been bullish since late 2014. We added it to our StockWaves Coverage List in early May 2018 after an initial "i-ii" start to a larger 5th wave targeting 190-195 at the time. The pattern on MCD morphed into a "Diagonal" but has continued to fill out nicely as expected and continued to hold support levels cited for even further extension. As it comes into the final possible "squiggles" of a topping pattern we thought it might be a good time to look at it and some of its fast food restaurant peers.

As discussed in the video above, MCD is nearing the end of an Ending Diagonal pattern off the 2018 low. This completes a fifth wave of a larger degree third wave. Elliott Wave teaches us that the initial drop out of an Ending Diagonal can be pretty severe and that often the larger fourth wave will target the region where the ED originated (i.e. the 2018 lows). That means we are looking for a corrective decline toward at least the 150s as a three wave move and potentially much deeper in a larger Primary wave 4 well into 2020.

We do not often look at fundamentals, but we when do we prefer to examine P/S and P/E ratios. Using these charts almost as oscillators can give provide measures of when investors found valuations extreme. At almost 7 MCD is well past previous levels for P/S that investors have shied away from in the past. Back in 1999 shortly before the Cycle degree wave III top, P/S nearly got to 5 before MCD slid over 75% into the 2003 low. For most of this rally it has remained under the 4 level (yellow band) only popping over it in the final Intermediate degree (5)th wave off 2015 lows. It is interesting to note that just the move up to 130 in 2016 was enough for all of that (5) but holding 110 as an abc and turning up into 2017 morphed that into a "1-2" of a far more extended (5)th. Not as extreme but still well off the bottoming region MCD's P/E of nearly 25 puts it ahead of many large tech companies.

The next fast food name we look at initially had MCD as a major investor in its early years. McDonald's helped Steve Ells grow Chipotle Mexican Grill (CMG) from 16 restaurants to over 500 between 1998 and 2006. In 2006 CMG IPOed and MCD divested itself. In late 2008 CMG made a new low under its IPO price, since then it has been a strong momentum name and counts a solid Primary degree five waves up into the 2015 top. The February 2018 low was close enough to the 38.2% Fibonacci retrace of that move to count a large Cycle degree I-II however, the price action since is more characteristic of a corrective rally for a large B-wave of a wider Cycle II "flat" correction.

The C wave down of this larger Cycle II is likely to re-target the same 243 region that held as the 2018 low, or possibly drift even lower to the 170 region. The C-wave should contain five sub-waves but since most of the rest of the market is looking for a three wave move as Primary wave 4 we could see similar on CMG too and it would just count the wider II as a complex "WXY" rather than "ABC". The Cycle wave I in CMG was a nearly 2000% move, due to the magic of logarithmic charts, the "normal" 138.2% Fibonacci extension for III projected off a potential low ~200 is over $13,000/share! Needless to say that StockWaves will be following this corrective retrace very closely as we start to get near support.

The movie Demolition Man with Sylvester Stallone and Wesley Snipes predicted the future back in 1993 foretelling that Arnold Schwarzenegger would be Governor of California. In that future dystopian society Taco Bell had won the Franchise Wars, and so now ALL restaurants were "Taco Bell"... even fine-dining establishments.

Yum! Brands (YUM) is a conglomerate that grew out of PepsiCo's (PEP) fast food division which started off acquiring Pizza Hut. Since then it as acquired, absorbed and sold numerous other franchises, but currently owns: Taco Bell, KFC, Pizza Hut, and WingStreet. I think MCD is still well ahead of Taco Bell in brand recognition, and MCD has a larger market cap than YUM and the other stocks in our list combined along with Yum China (YUMC) and pretty much all of the other restaurant stocks except for Starbucks (SBUX)... but Demolition Man is set in the year 2032 so maybe YUM significantly out performs MCD in the next rally.

The YUM chart off 2016 looks very similar to MCD off 2015. Five waves up completing an Intermediate (5)th wave. But on YUM that (5) is completing a Primary wave 5 off of its July 2000 low. If this is to be a Cycle II the "normal" Fibonacci retrace zone extends from 37 all the way down to 18, but a clear corrective ABC fade toward 37 would be a great setup for a long, but possible this is only the A wave of a deeper II. A wave III projected very long term from the 30 region would target ~1800 near the turn of the century. Demolition Man may have been about 7 decades off but that kind of a move could really have ALL restaurants being Taco Bells.

Two other restaurants covered in our video are Wingstop (WING), and Wendy's (WEN). These are much smaller in market cap than the big 3 above, but have similar counts. WEN like MCD and YUM is topping in a (5)th off 2015 low and inside that its 5th wave is a similar Ending Diagonal to MCD's. The Primary wave 4 in WEN should find support in the 11 region and after that the Primary 5 shoudl make new highs into the mid-high 20s. On WING the December 2018 low counts best as a larger 4 and an ED off of that allows for another (4)-(5), but that (4) could easily fade to the 80 region so it is certainly not a good bullish setup here.

Investors often fall into a trap of using a linear models to project forward everything from recent market conditions to economic environments to political climates to consumer habits. When we share our analysis showing future price reflecting a significant change from the status quo we are often greeted with disbelief and hostility. We really do not spend a lot of time worrying about fundamentals, because we price governed far more by sentiment and that sentiment follows repeating patterns and is fractal in nature. But related to fundamentals, these businesses are running out of ways to cut costs. Additionally, as many states or local governments pass measures increasing minimum wage, cheap food may have to charge a bit more, and people may start to eat out a bit less. 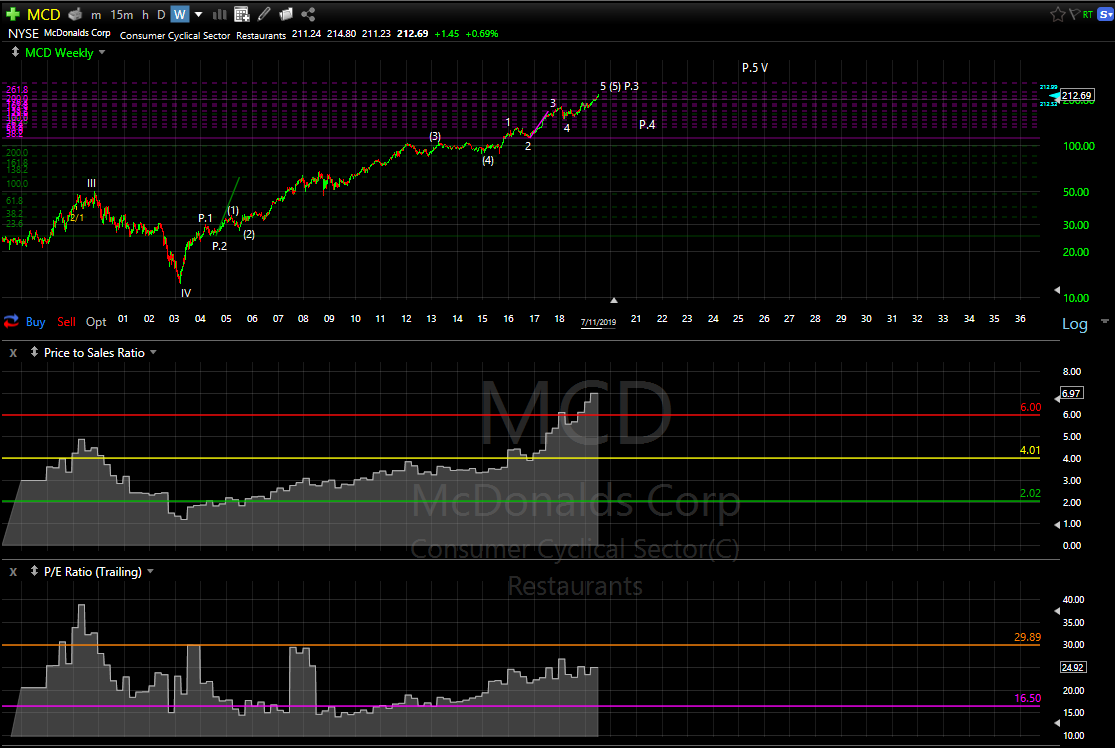 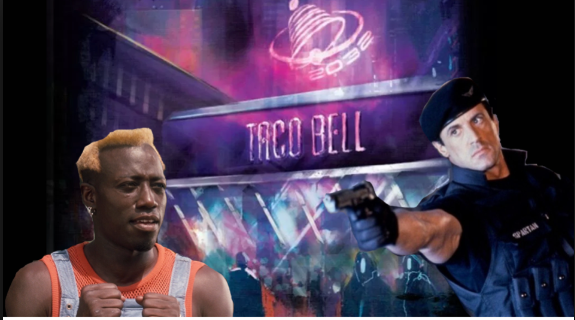 Demo Man Taco Bell
Zac Mannes is a senior analyst at ElliottWaveTrader.net and co-host of the site's Stock Waves service, which provides wave alerts and trade set-ups on individual stocks.