Wednesday’s session showcased a textbook 61.8% retracement of this week’s range thus far as the bears lost the immediate battle on continuing lower given Tuesday’s perfect trend day setup. Essentially, the bears had a chance to flush out a lot of stops and push the market into a mini liquidation event into our next 2850-2860 target on the Emini S&P 500 (ES), but bulls were just too great at defense for the time being. Tuesday night held the September monthly lows area 2890s and proceeded to V-shape up and the RTH opened as a +0.70%  gap up at 2913 from the prior day’s close of 2892. The rest of the day during RTH was spent in a slow and methodical grind up with higher lows and higher highs.

The main takeaway from this session is that we’ve discussed that the odds have shifted and it’s more of an established range now especially after seeing the Wednesday overnight action. Basically, the bears had two legitimate chances to breakdown the 2880-2890s area in a decisive manner, but they failed to capitalize on these perfect setups thus far.

Wednesday closed at 2920.5 on the ES as a retracement candlestick of Tuesday’s trend day down signifying some sort of intra-week range within the overall inside week range of last week. For short-term, we’re in neutral mode for now until our key levels tell us momentum is back and odds are favorable for a single direction. This is just a "shake and bake" inside week combined with news driven events. 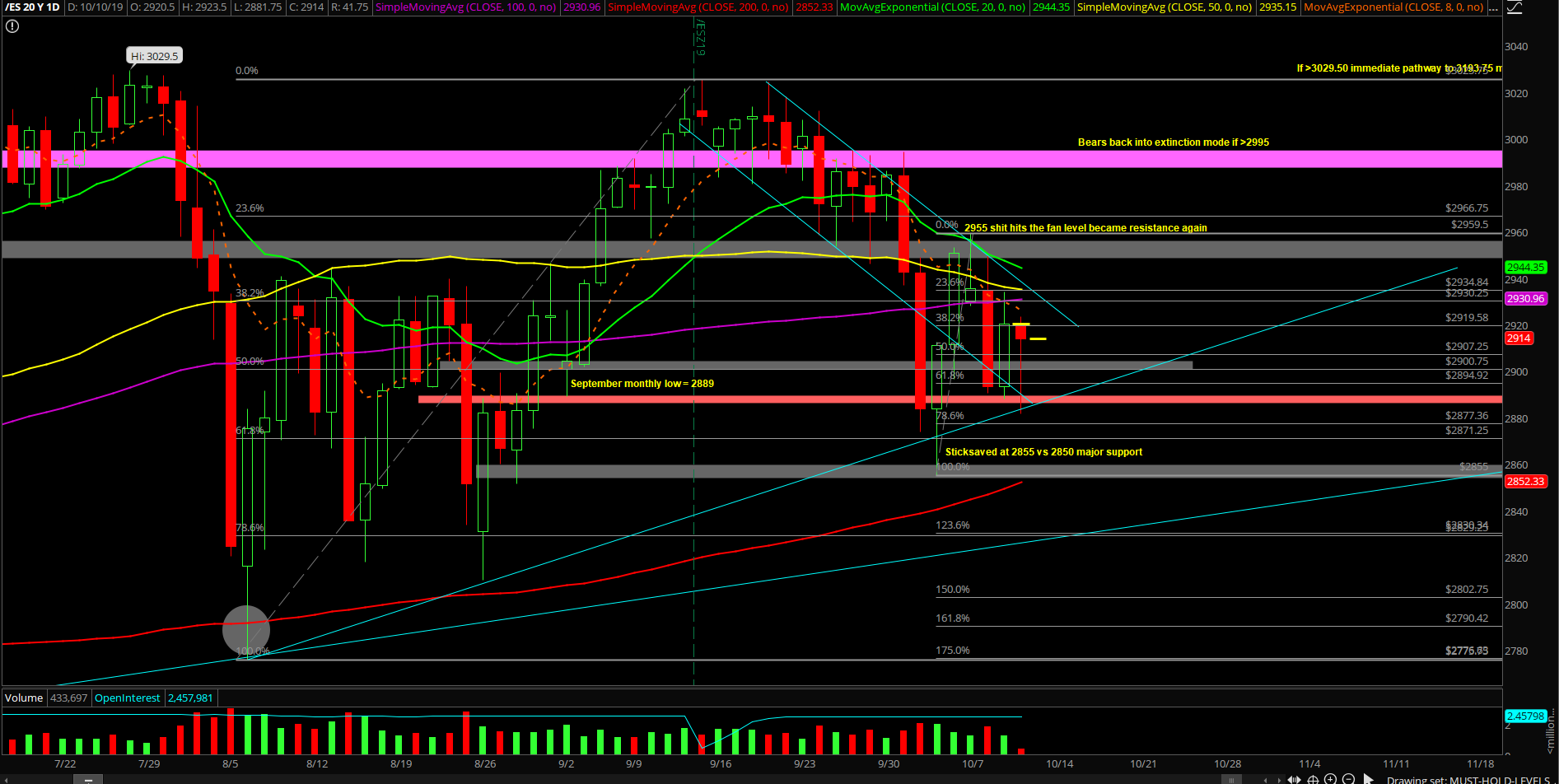 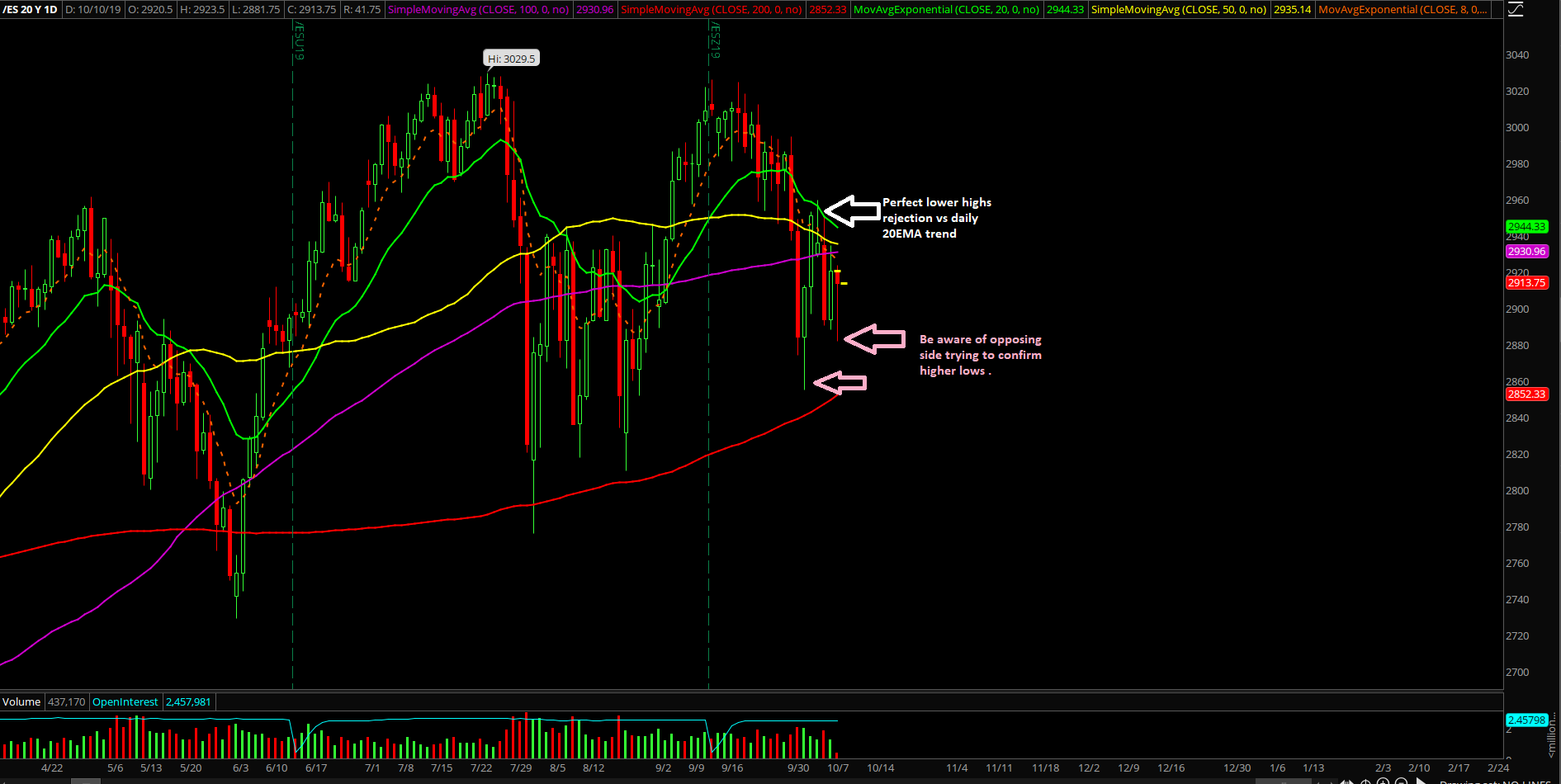 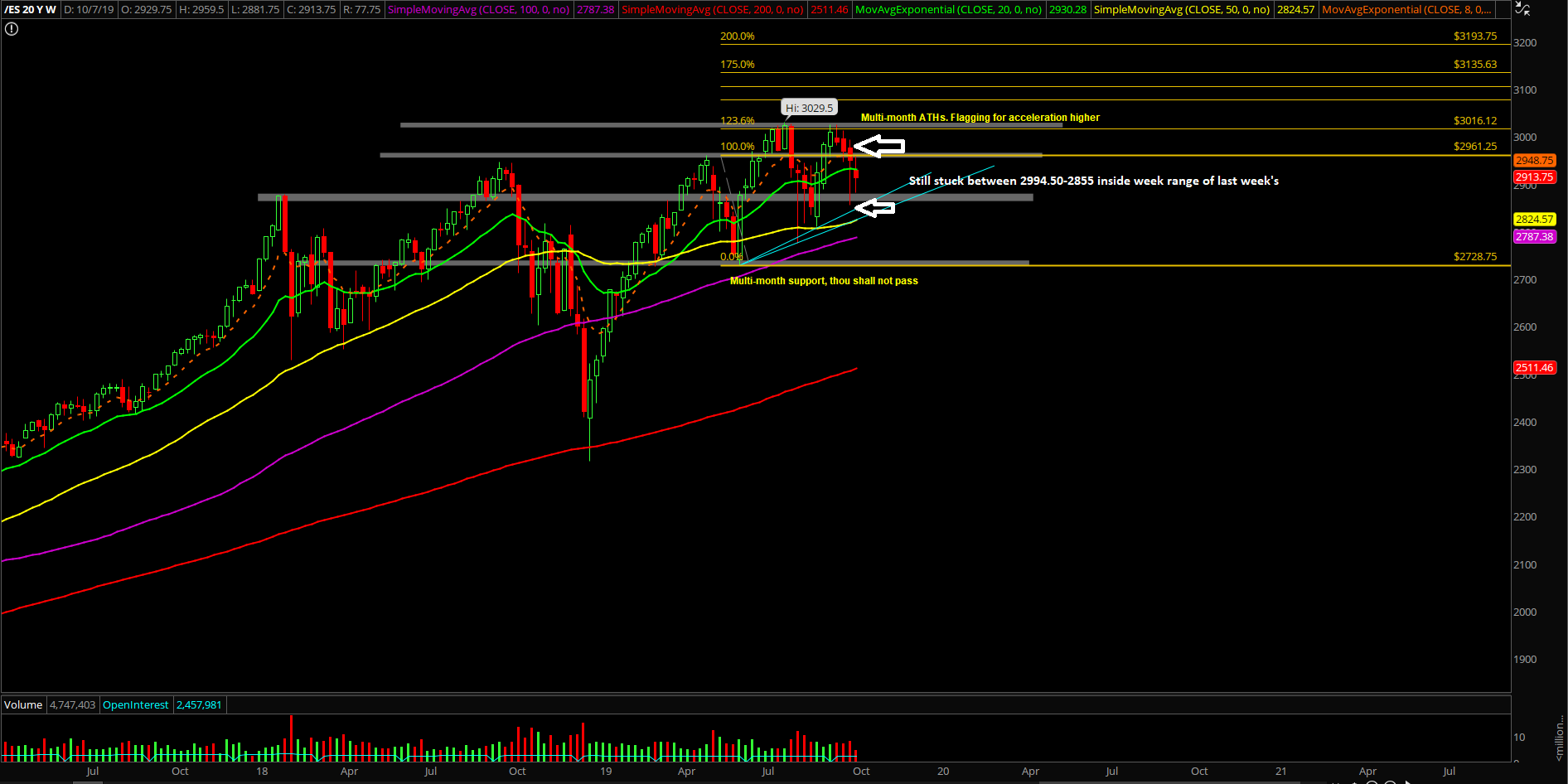 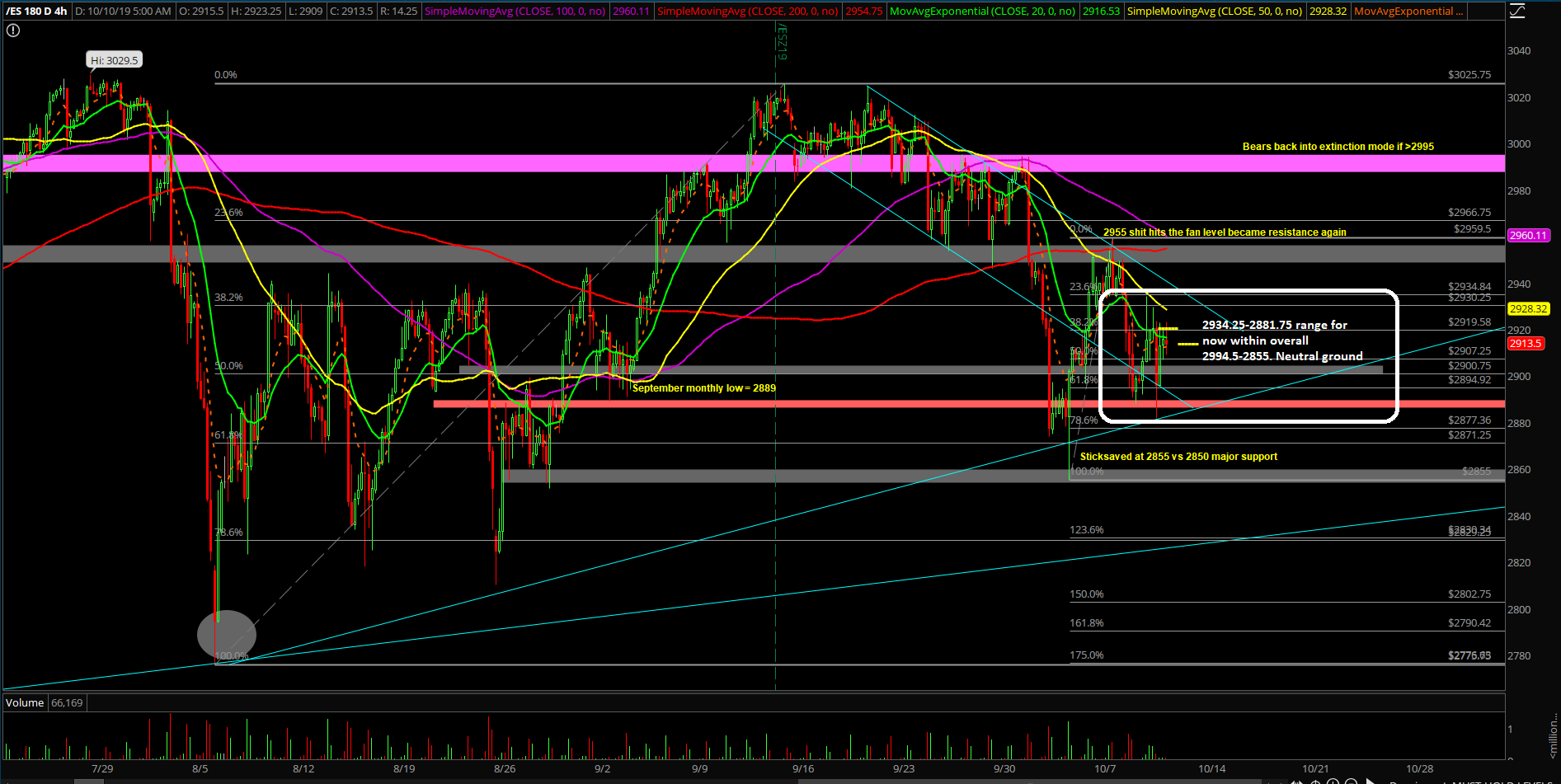 ES OCT10REVIEW5
Ricky Wen is an analyst at ElliottWaveTrader.net, where he writes a nightly market column and hosts the ES Trade Alerts premium subscription service.