With the GLD breaking the 107 level today, it opened the door to the 103-105 region earlier than I had initially expected.

The micro count in GLD suggests that as long as we remain below the 106.65-107 resistance zone, the next market move would be the wave v of 3 in this c wave of (a) towards the 104-104.50 region, as seen on the daily chart and the 8 minute chart.  Should we see a rally through 107, it would suggest that this decline could be done.

As far as the GDX, I am still expecting a 4th wave, as long as the market remains over the 12 level.  Currently, it still seems to be completing an ending diagonal for wave v of 3.   We will need to see a move over 13.75 to provide an initial signal that the downside has completed.

As for silver, the best count I am come up with is that we are declining in a b-wave of a (b) wave within the final decline to lower lows.

So, based upon most of what I am seeing, I think we still can see another drop lower in metals and miners, but we should see a reversal in the not too distant future. 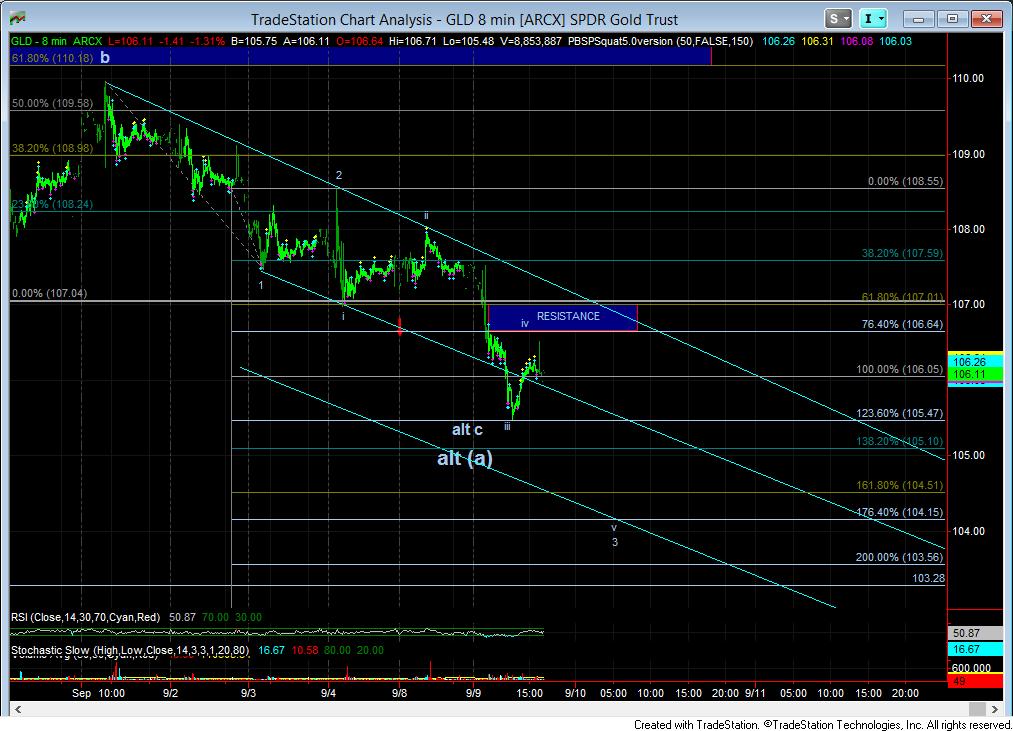 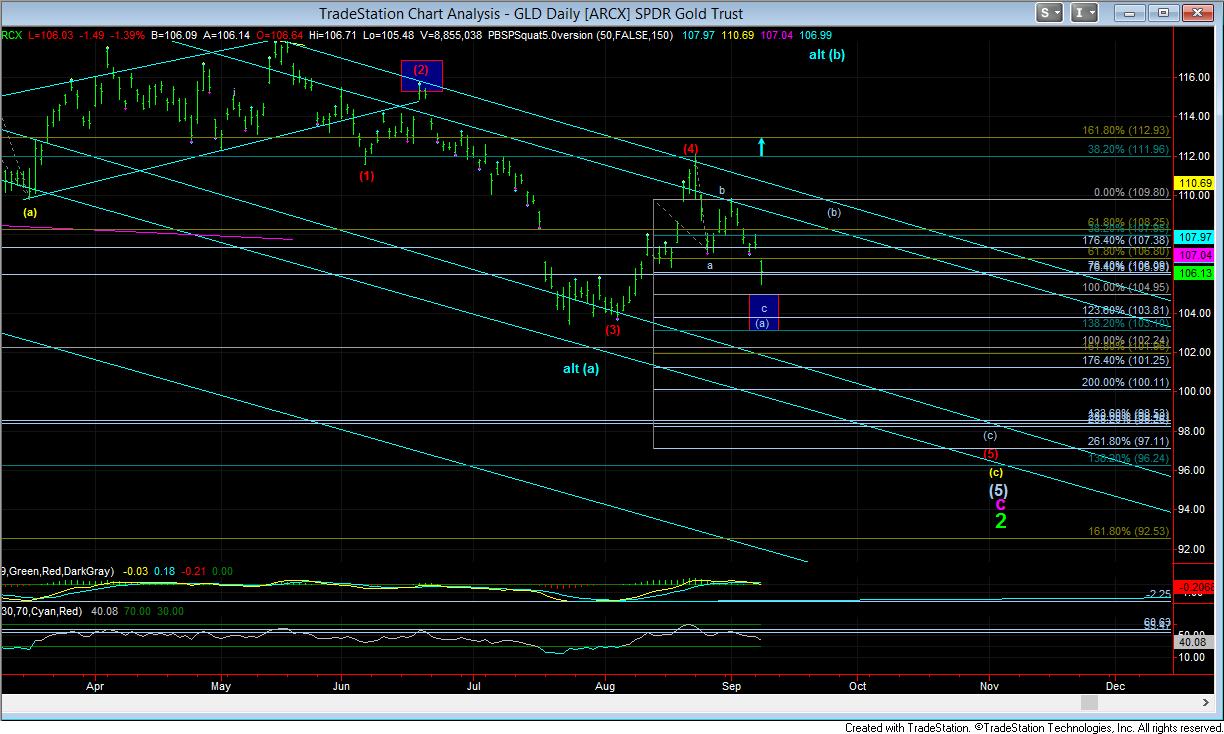 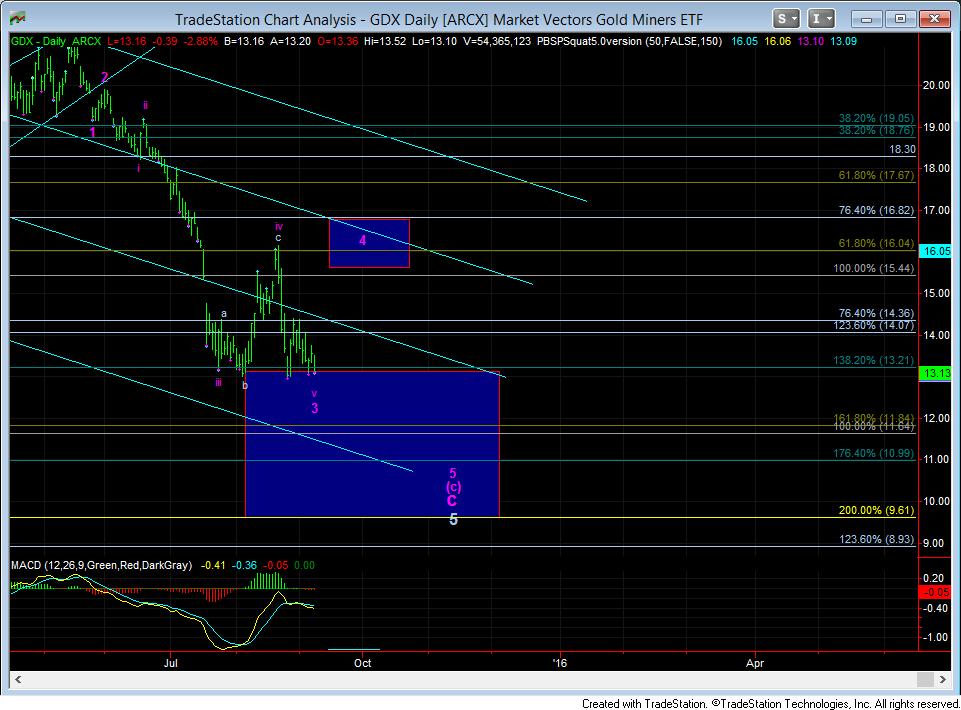 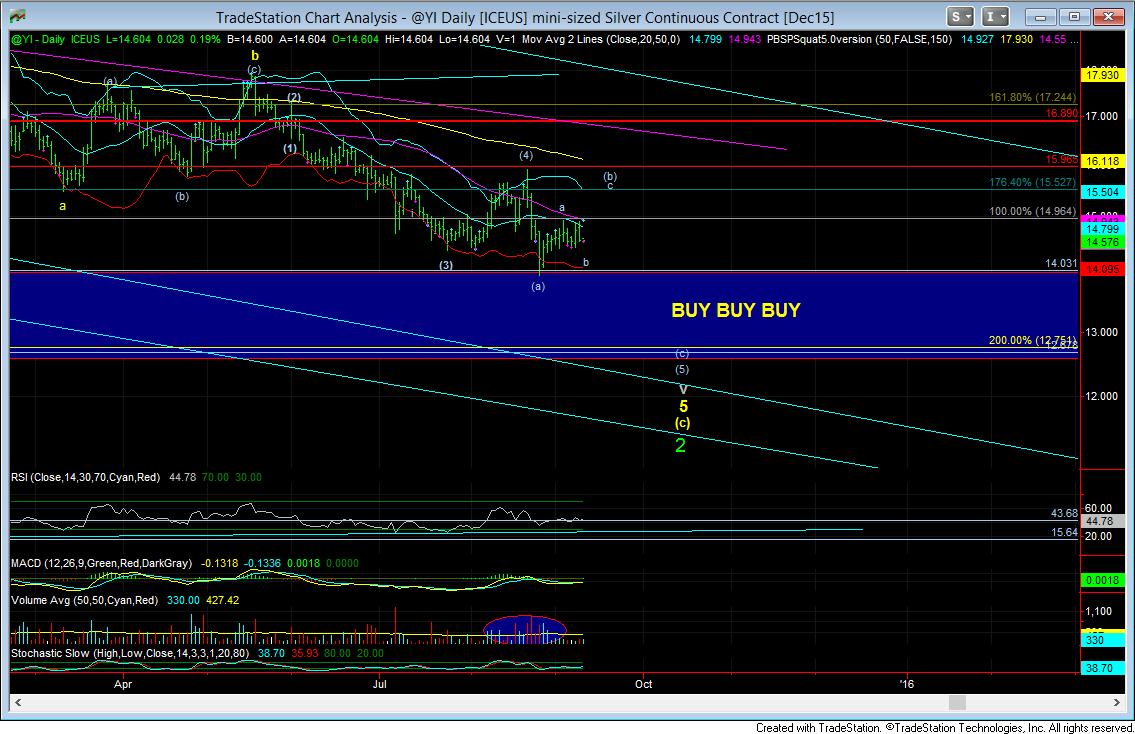