In addition, no short-term directional trend that has outlasted more than 2 weeks before it reversed into the other side testing extremes. Whipsaw environment.

For the most part, all dips into 4380s-4400s were bought throughout the shortened holiday week. However, by end of the week price confirmed that bears were in full control with the short-term downtrend with Thursday closing around the week’s low. 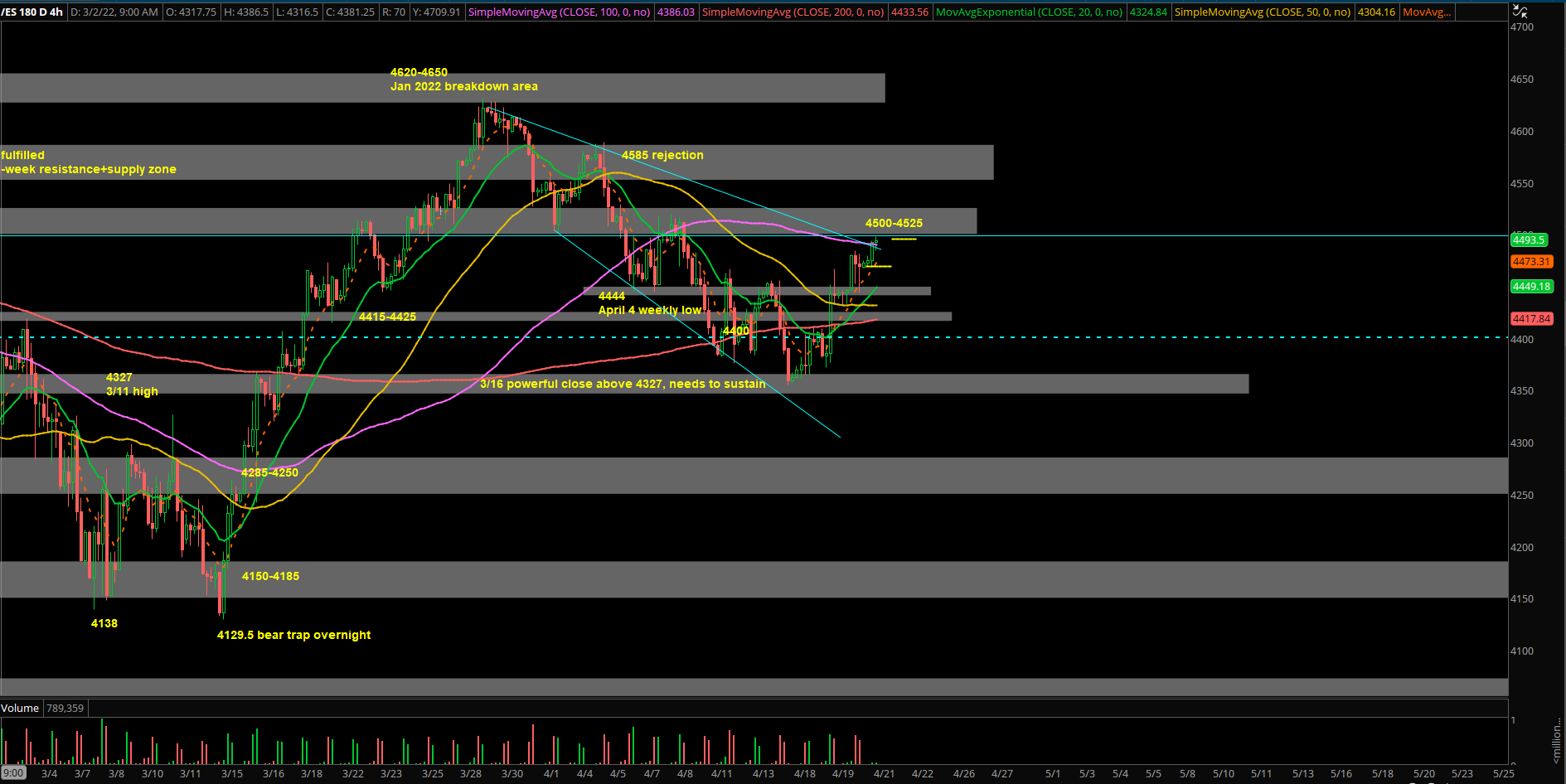 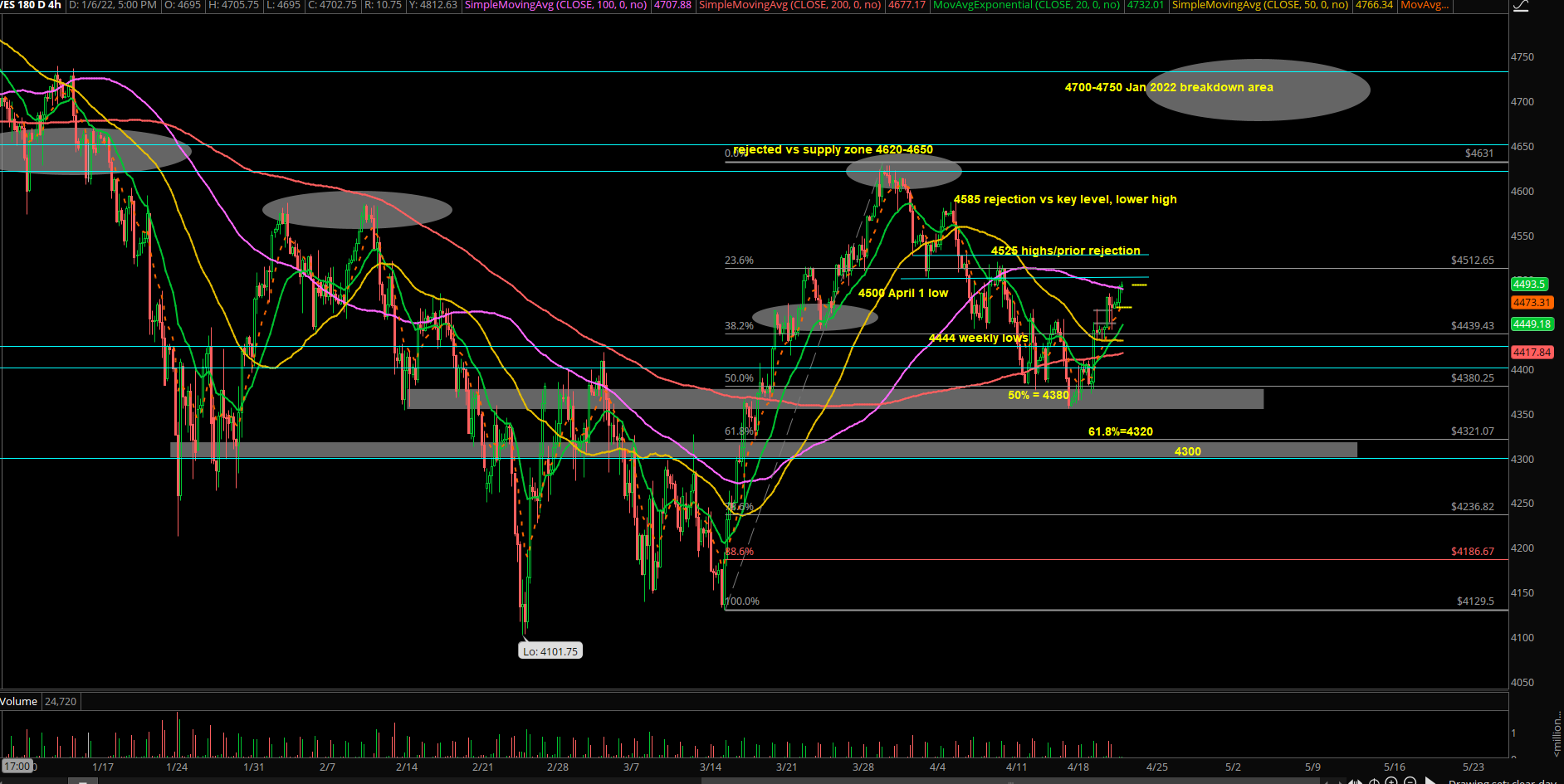 ES APRIL21_REVIEW3
Ricky Wen is an analyst at ElliottWaveTrader.net, where he writes a nightly market column and hosts the ES Trade Alerts premium subscription service.