Over the last several weeks, I have seen those that were absolutely certain back in September and October that gold was going to drop below $1,000 now turn into major bulls in the metals complex.  The silver rally especially has gotten the attention of many metal’s traders, and has everyone now all bulled up for a major break out in the complex.

It really is amazing to watch how price extremes dictate the manner in which investor’s views are driven about a market.  Yet, as Roy Prassad, one of our more astute members at Elliottwavetrader.net, noted: “the goal of Elliott Wave is to analyze sentiment, not participate in it.”

So, just as we were looking for bottoming back in September when most were extremely bearish and calling for the certain drop in gold below $1,000, I am now looking for topping in the coming weeks. And, GDX is my clearest guide.

If one zooms out on the daily chart, you will clearly see that the rally off the September low into the October high was 3 waves up, followed by a corrective 3-wave pullback.  After that 3-wave pullback completed, we then proceeded to rally up in 5 waves, for which we seem to now be approaching completion.  To me, this is a classic a-b-c corrective rally. Moreover, this a-b-c rally has taken us right into our resistance target between 21.50-22.30.

As I said earlier, this is the clearest guide I have in the complex, and the main reason I am still looking for one more bout of weakness in the coming months which can point us down to the 16-17 region for a 5th wave in this c-wave down.  Should we break out through the 22.30 region, I would have to reconsider my perspective, and view the potential of a leading diagonal off the recent lows.  But, as long as we remain within our resistance region, it provides us with a well-defined zone in which we can maintain a strong short-term bearish bias.

As far as silver is concerned, I have been patiently waiting for it to move into its accelerated trend channel for a 3rd wave off the lows, and for weeks, it had been disappointing me.  But, we have finally seen that move I had wanted to see, and it even went a bit further than my initial expectations.  However, now I think we have just about completed its 3rd wave off the lows, and, as you can see, I have adopted the primary count that the next pullback will be a 4th wave, to be followed by a 5th wave in the coming month or two to complete 5 waves up off the recent lows.

As you may remember, I kept noting that silver really had a very full pattern to the downside when we were looking for that bottom back in November, but I needed to see a solid 5 wave structure develop off those lows to really solidify a bottom in the chart.  Thus far, this best counts as 3 waves up.

So, I am sure many of you are asking yourselves how I can expect a big decline to begin shortly in GDX but still see silver provide us with a 4-5 to complete 5 waves up off the lows?  For those that have experience in the metals market, you would know that different charts top at different times.  For example, if you look back to 2011, silver topped well before gold topped, and when gold entered its final rally, silver only saw a b-wave rally in its larger degree correction.  In our current case, I can easily see silver pullback in a 4th wave while GDX drops in an a-wave of its final 5th wave lower.  (Remember that we are tracking this c-wave in the GDX as an ending diagonal, which means that the 5th wave lower will be an a-b-c structure).  That would then give us a 5th wave rally in silver while GDX only sees a b-wave rally in its final 5th wave decline.

As far as GLD is concerned, I have to admit that this rally is much higher than I would have expected for a 4th wave rally.  But, amazingly, it still counts best as a 4th wave rally, similar to GDX.  But, I think it is much less clear in GLD as it can just as easily be a leading diagonal for wave (i) off the lows.  So, based upon the overall of wave 4 into wave 1 territory, I am not as confident as I was a few months ago that this is a 4th wave rally.  In either case, I would still expect a deep retrace for a wave (ii), with the potential still remaining of a drop to the 105-109 region for a 5th wave lower.  But, as I noted, I am not as confident in this perspective at this time.

When we look at the correction since we topped back in August of 2016, it has now taken us two and a half years, and I still think we see one more bout of weakness before this wave ii is done.  That is truly an amazing structure to consider.  This market has done everything it possibly can to shake investors out of the bullish feelings they maintained back in the summer of 2016 into a sense of indifference to even utter despondency.  And, I believe a drop to the 16-17 region will cause the rest of them to throw in the towel, assuming that they are still holding one.

But, I will be viewing that drop as a buying opportunity almost akin to the one we highlighted back in the last quarter of 2015.  So, I would suggest you make your plans now, because I will guarantee that the bearish sentiment which will grip the market when GDX is in the 16-17 region will strike too much fear in the average investor to be able to pull that trigger on the long side when the time comes.  This is what sets the successful investor apart from the average investor.

“By failing to prepare, you are preparing to fail.” 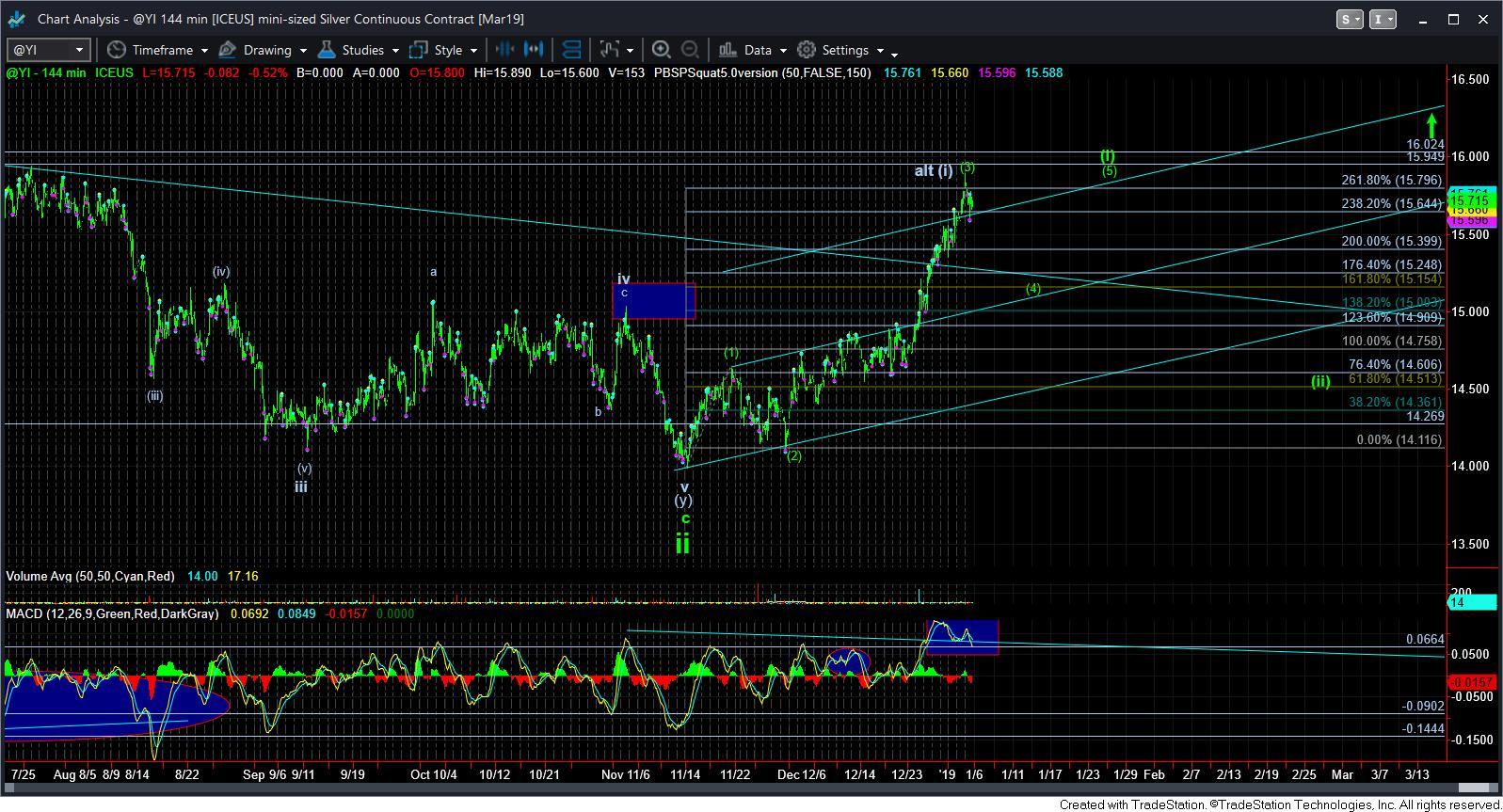